Why won’t men wear their masks over their noses? 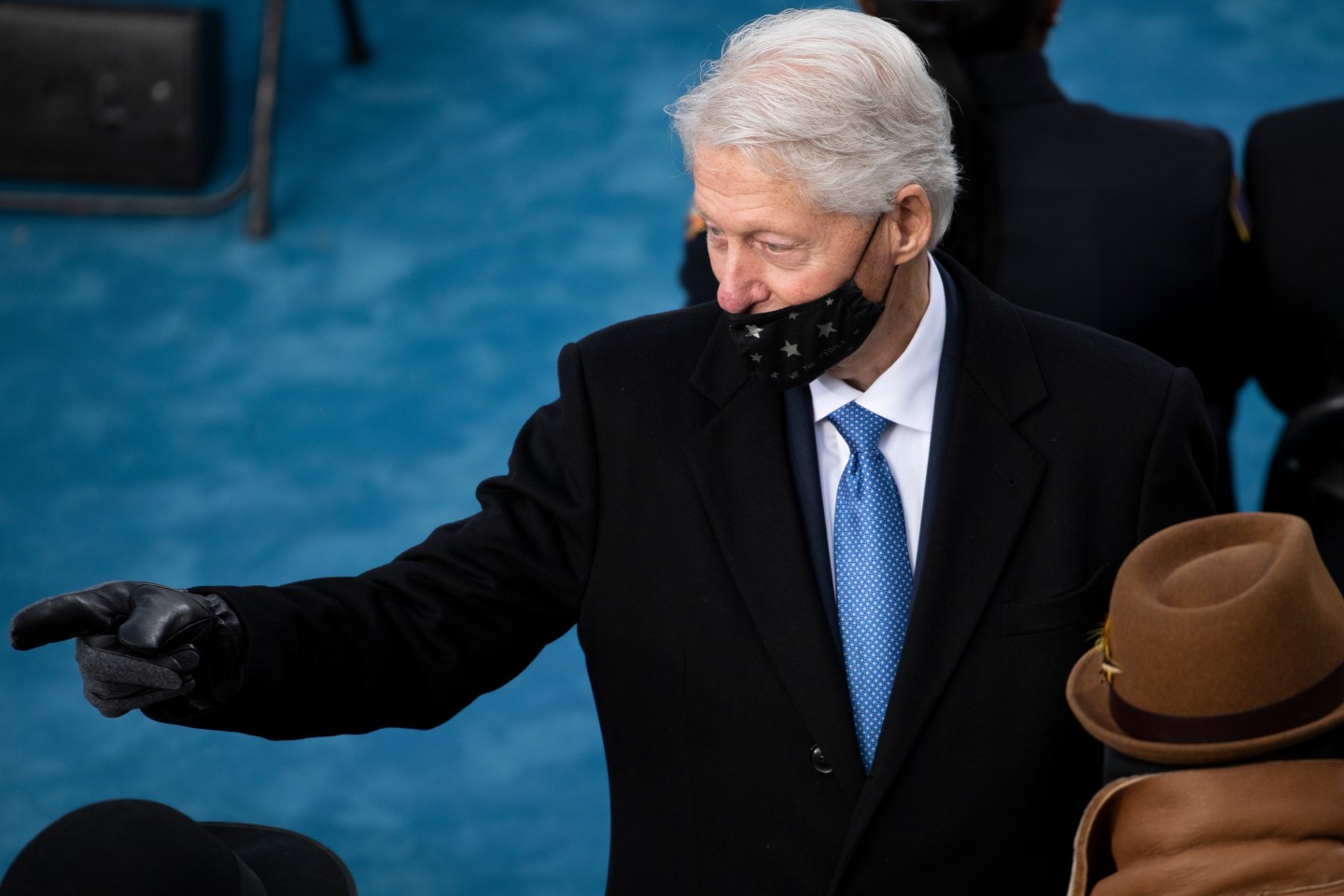 Good morning, Broadsheet readers! Estonia gets its first female prime minister, it’s time to examine Vicki Hollub’s legacy at Occidental Petroleum, and men can’t seem to figure out how to wear their masks. Have a productive Monday.

– Mask up? Last week, the New York Times tried to answer a question that has plagued us for 10 months now: why do men seem to have such a hard time wearing their masks over their noses?

You must have noticed the trend by now. The guy shopping at the grocery store. A family of four walking down the street, mom and kids masked up—but the dad’s mask doesn’t quite reach his nostrils.

Or, like science reporter James Gorman, maybe it caught your eye at the inauguration, when President Bill Clinton, Supreme Court Justice John Roberts, and President Barack Obama all had sub-nose mask slips. (He didn’t notice any women make the same mistake last Wednesday.)

“It’s not a Democratic thing. Or a Republican thing. Or an inaugural thing,” he writes. “It’s a male thing. It’s like manspreading, but with masks. Call it manslipping.”

It’s not like women have never pulled their masks down for a moment, but Gorman has put a name to a trend—and he offers a few theories as to why this particular problem seems to plague (no pun intended) male mask wearers. Are men’s noses too big for masks? Do men need more air? But ultimately, he provides evidence debunking those theories, including male doctors who wear masks all day.

Still, wearing a mask wrong is better than not wearing one at all (although, the high viral load in the nose compared to the throat may beg to differ!). And the occasional slip is different than a persistent below-the-nose style.

At the end of this story, we’re left with more questions than answers. Even though “manslipping” has more serious consequences than manspreading and manterrupting, it may—like those offenses—remain a mystery that’s never solved.

- Boom or bust? Will Vicki Hollub's legacy at Occidental Petroleum be the failure of a $38-billion takeover of Anadarko Petroleum? For Hollub, the "oilman's optimism" still perseveres—even in the face of that question—while "Steady Eddies" replace the industry's one-time larger-than-life characters. Texas Monthly

- Expanded understanding. Lawmakers are writing anti-coercive control legislation that reframes conversations and laws around domestic abuse to account for behaviors like isolating a partner or restricting them financially. Rep. Cori Bush, who has spoken about her own experience in an abusive relationship, is at the forefront of these efforts in Congress. New York Times

- Governor's race. Sarah Huckabee Sanders, the former White House press secretary for President Trump, will run for governor of Arkansas. Her primary race could be "a good test of Trump's continued hold on the Republican Party." CNN

- PM + president. Kaja Kallas will be the first female prime minister of Estonia, after the Reform Party and the Center Party struck a deal to form a government. Kallas came close to achieving the milestone in 2019, but ultimately failed to form a government at that time. Kallas will work alongside President Kersti Kaljulaid. Associated Press

MOVERS AND SHAKERS: Cofounder Jen Rubio will be interim CEO of Away after Stuart Haselden stepped down. The Washington Football Team is set to promote intern Jennifer King to offensive assistant, making her the first Black woman to work as a full-time coach in the NFL. Okta hired Samantha Fisher as head of dynamic work. Investing social network Public.com hired Sruthi Lanka as CFO. Paro promoted COO Anita Samojednik to CEO.

- Representative resigns. Julie Payette served as Canada's governor general, a largely ceremonial job in which she represented Queen Elizabeth II by swearing in governments or signing legislation. But employees accused Payette of creating a toxic work environment, and she resigned last week. Payette said she took the allegations seriously but didn't apologize or admit misconduct. CNN

- Tragic numbers. Japan, long challenged by high rates of suicide, had seen those numbers decline for a decade. But in 2020, suicide rates for women increased, while fewer men died by suicide. A health ministry official cited the toll of the pandemic on women. Reuters

- Don't call her a ghost. What does it take to be a skilled ghostwriter? According to Michelle Burford, the job requires a more holistic view than its common name—from therapist to cajoler and confidant to medium. Burford has cowritten books on behalf of Cicely Tyson, Olympian Gabby Douglas, and Alicia Keys. New York Times

Aubrey Gordon, the writer behind ‘Your Fat Friend,’ has some thoughts on diets, BMI and the relentless advice of strangers Washington Post

"I’m looking around, all the men are wearing cowboy boots, and I was just jealous."

-Lizzy Chesnut Bentley on wearing heels to work as an analyst at Halliburton. Now, Bentley is the founder of the brand City Boots.