When it comes to China, Team Biden sounds a lot like Team Trump 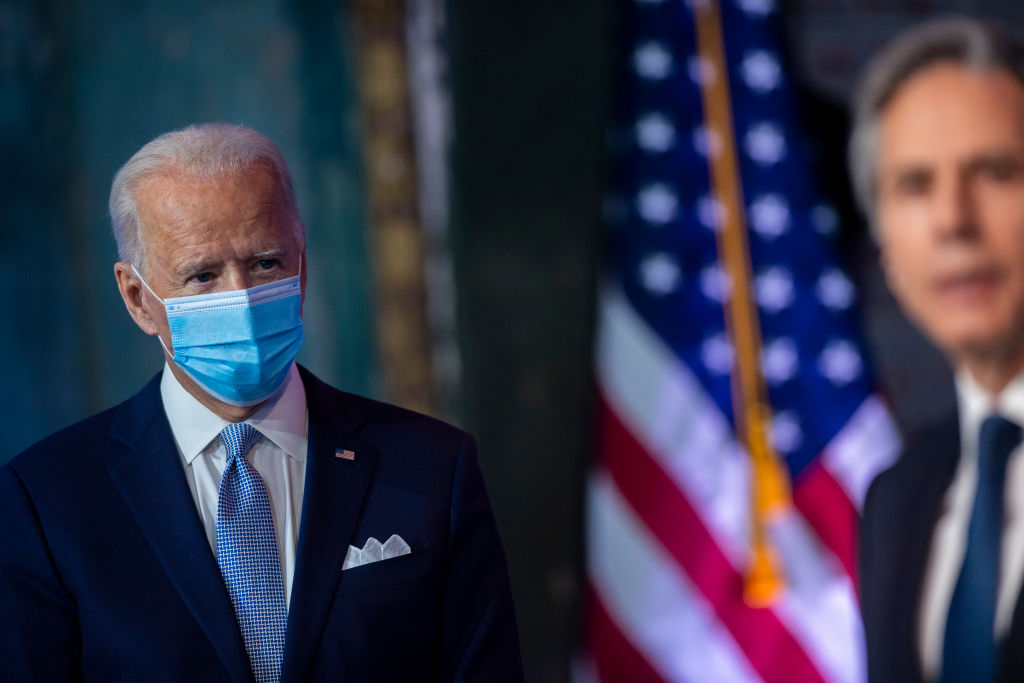 President-elect Joe Biden vows that, in his first ten days as president, he’ll roll back nearly every major policy initiative of the Trump administration. On Inauguration Day alone, Biden plans to sign a raft of executive orders that will restore U.S. membership in the Paris climate accord, reverse a ban on travelers from majority-Muslim and African countries, mandate wearing masks on federal property and during interstate travel, and extend forbearance on student loans and a moratorium on evictions and foreclosures.

“President-elect Biden will take action—not just to reverse the gravest damages of the Trump administration—but also to start moving our country forward,” said Biden’s chief of staff, Ron Klain, in a memo to incoming colleagues.

And yet, in one key area—dealing with China—Biden has signaled he’s in no rush to depart from Trump administration policies.

Biden’s aides have said that, for many problems involving China, the incoming president plans to take a multilateral approach by enlisting the support of Western allies to maximize U.S. leverage on Beijing. That would be a clear departure from Trump’s “America First” style.

But building that consensus will take time. And in recent days, as Biden has announced his picks for cabinet positions and senior policy advisers, it has been almost impossible to distinguish his new team’s China rhetoric from that of departing Trump officials.

Consider Tuesday, when Trump’s Secretary of State Mike Pompeo, on his last full day in office, took the rare step of issuing a formal determination accusing the Chinese government of engaging in “genocide” and “crimes against humanity” against predominantly Muslim Uighurs and other religious minorities in Xinjiang. The judgment, issued after months of internal debate, is the strongest denunciation by any country of the Chinese government’s treatment of Uighurs.

Biden’s nominee for Secretary of State Antony Blinken, appearing at a confirmation hearing before the Senate Foreign Relations committee, was swift to declare his support for Pompeo’s finding. (The Biden campaign called China’s treatment of Uighurs “genocide” in August.) And Blinken didn’t stop there. He also echoed Trump administration criticisms of China’s early handling of the COVID-19 outbreak, affirmed the importance of U.S. military support for Taiwan, and lamented that “democracy is being trampled” in Hong Kong.

“There is no doubt that [China] poses the most significant challenge of any nation-state in the world to the United States,” Blinken told the committee.

Yellen also accused China of “erecting trade barriers and giving illegal subsidies to corporations” and “stealing intellectual property,” and faulted its inadequate “labor and environmental standards.” And while she didn’t specifically accuse China of currency manipulation, the former Federal Reserve chair promised to “oppose any and all attempts by foreign countries to artificially manipulate currency values to gain advantage in trade.”

Appearing before a third Senate panel, Avril Haines, Biden’s nominee for director of the Central Intelligence Agency, said that, if confirmed, she would make it a top priority to devote more resources to countering the intelligence threat from an “assertive and aggressive” China.

Other Biden appointments underscore the new president’s willingness to emulate Trump’s confrontational approach to China. Biden has picked former Obama state department official Kurt Campbell to take on a newly created role within his National Security Council as “Indo-Pacific coordinator.” Campbell was the architect of the Obama administration’s 2012 “pivot to Asia” strategy, which called for taking a tough line on China while bolstering U.S. military resources and diplomatic relationships in the rest of the region.

In a 2018 essay entitled “The China Reckoning” and co-authored with former Biden aide Ely Ratner, Campbell argued that Trump was right to decry America’s four-decades-long policy of engagement with China as a failure.

Ratner currently serves as executive vice-president and director for studies at the Center for a New American Security, a think tank. After the Politico story appeared, he posted a link on Twitter to a January 2020 report published by the center entitled “Rising to the China Challenge.” The report warns that “China is driving toward a more closed and illiberal future for the Indo-Pacific, core aspects of which would undermine vital U.S. interests.”

Former Trump officials also have hailed Biden’s choice of Katherine Tai to lead the Office of the U.S. Trade Representative. Tai, a native Mandarin speaker whose parents immigrated to the U.S. from Taiwan, served as America’s chief enforcement lawyer for China during the Obama Administration and has been chief trade counsel on the House Ways and Means Committee since 2017. She has been described by trade experts on both sides of the partisan aisle as a negotiator whose views on Chinese trade practices match those of outgoing trade czar Robert Lighthizer, one of Trump’s most vehement trade hawks.

Blackstone Group chairman Stephen Schwarzman, speaking before a financial forum in Hong Kong Tuesday, predicted the new U.S. administration would take a “softer tone” towards China, and said he expects tensions between the two countries to ease.

“There is really a very substantial overlap of interest in these countries and the interest of the world,” Schwarzman said. “I expect to see much less tension.”

The U.S.-China Business Council, a group representing more than 230 large American companies operating in China, last week called on the Biden administration to roll back Trump’s tariffs and “craft a more nuanced and effective trade policy toward China.” The group, citing findings of research by Oxford Economics, said that gradually scaling back tariffs to 12% from the current 19% would produce an additional $169 billion in U.S. GDP and create 145,000 additional American jobs by 2025.

Even so, Biden has ruled out reducing the tariffs right away. Aides have said he intends to review all aspects of the U.S.-China relationship deliberately before deciding which Trump policies to keep, modify or scrap.

Scott Kennedy, senior adviser with the Center for Strategic and International Studies in Washington, urges sorting the China policies Biden will inherit from Trump into four categories: those the U.S. can change without discussing with allies (such as rejoining the Paris Accord and World Health Organization); conflicts it can resolve through dialog with China (such as approving visas for journalists or reassessing the TikTok ban); issues on which the U.S. should hold firm (including placing sanctions on Hong Kong and delisting Chinese companies that won’t comply with U.S. disclosure rules); and matters the U.S. should decide in coordination with allies (such as how to deal with Chinese companies deemed a threat to national security).

“The Biden administration,” Kennedy wrote, “has a greater opportunity for policy innovation on China than many appreciate.”

Capitalizing on that opportunity may take more than Biden’s first 100 days.