How refugees could help the U.S. become unified again 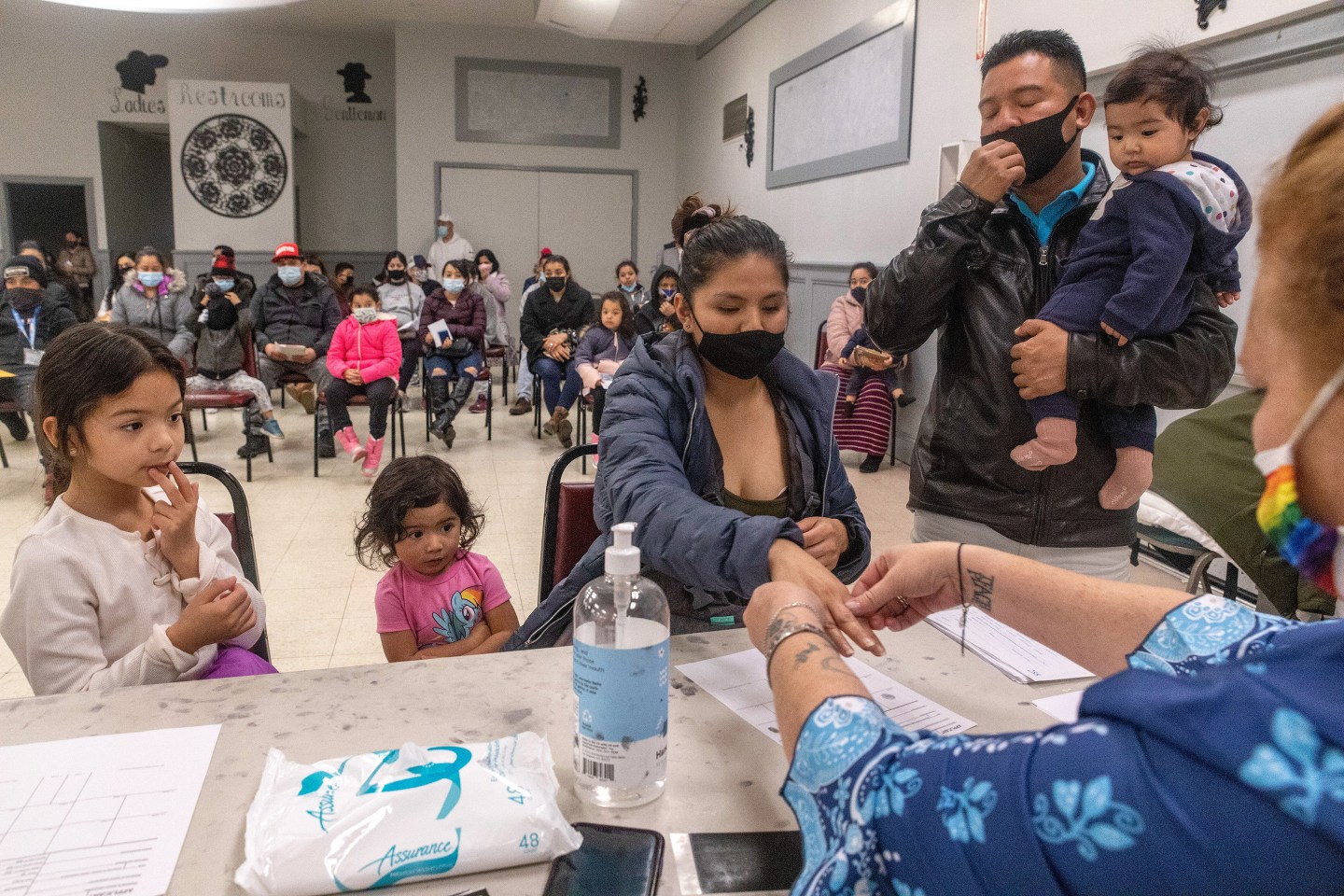 Last year was largely characterized by separation and survival. Whether it was social distancing and COVID-19, violence in America’s cities, or attempting to sort out one of the most contentious and confusing elections in modern memory, America struggled in 2020, and needs to view 2021 with an eye toward unity and healing.

Perhaps the best way to do that is to unify and heal by returning to our American roots and welcoming refugees into our country.

President-elect Joe Biden has stated his intention to raise the ceiling for refugee admissions to 125,000 for fiscal year 2021. Unifying around this goal, and welcoming those who have fled persecution and are desperate to find safety and freedom in America, could help the U.S. to again find unity.

Hospitality—which in the Greek language of Plato, Homer, and the Christian New Testament is philoxenia, literally the love of strangers—has been a feature of America at our best throughout the centuries. The first key to welcoming each other back into a coherent body politic is reclaiming the values espoused by Emma Lazarus’s sonnet engraved on the base of the Statue of Liberty, committing ourselves to being a beacon of hope for those from other parts of the world “yearning to breathe free.” Setting the refugee ceiling at 125,000 is not historically high—past administrations have invited more refugees to our nation—but the Biden administration’s projected 125,000 goal would be a huge increase over the 11,814 refugees brought to America over the most recent fiscal year.

More importantly, this move would be a big step toward reunifying our nation by reinvigorating our historical practice of welcoming refugees. Aiming for that 125,000 goal is the perfect way to come together and recommit our nation to the best of our national ideals. This will be a challenge that revives a tired nation, but it will take work and commitment from all of our citizens.

Achieving that target level for refugee resettlement is a chance for Americans to take the initiative in working together. To do this, we’ll need to advocate on both public and private fronts. Finding a new home for refugees in America is a matter of cooperation between the federal government, nonprofit organizations, and local communities. The nine national agencies that welcome and resettle refugees, including World Relief, will require time to rebuild the networks and infrastructure that has slowly been dismantled over the last four years.

Organizations that resettle refugees have shrunk commensurately with refugee intake. Between fiscal years 2016 and 2020, World Relief saw an 85% decline in refugees resettled. World Relief has closed eight U.S. locations in four years, thanks to less funding and a mismatch between staff and suddenly reduced refugee arrival numbers. Other agencies have made similarly difficult decisions. There are currently 38% fewer resettlement offices than at the beginning of 2017.

That infrastructure simply cannot be rebuilt overnight. But therein lies the opportunity for our country.

Americans have many historical precedents in refugee resettlement. Before America even entered the 20th century, we were welcoming the Forty-Eighters, German political refugees who were threatened in their homelands for fighting for constitutional government. In the Mexican Revolution of the 1910s, thousands of Mexican refugees fleeing the horrors of war were welcomed into the U.S. As recently as the post-war era, America opened her arms to 380,000 displaced Europeans fleeing the ravages of World War II and the Iron Curtain. The fabric of our history is constantly adding new threads.

That pattern has continued into the modern era. Since the Castro regime began oppressing the Cuban people, the U.S. has welcomed 1.5 million Cuban refugees to our shores. More recently, more than 80,000 Bhutanese Lhotshampas have resettled in the U.S., seeking refuge from ethnic cleansing in their homeland. These and many others have made the decision to become part of the tapestry that is America—and that dynamic is likely to increase if the refugee resettlement program is restored.

So how do we use this as an opportunity to heal?

First, people—both individually and in charitable, religious, or civic-minded organizations—should focus on learning about who refugees are and how the U.S. refugee resettlement process works, abandoning common misconceptions, and listening to the compelling stories of refugees themselves.

Third, Americans should reach out to the refugee resettlement agencies in their region and ask how they can help. All of these organizations are planning to expand infrastructure and capacity for a significant increase in refugee admissions, and they will need financial partnership, volunteers, and in-kind donations to furnish homes for newly arriving refugees. Individuals and congregations can be a part of organizing such efforts.

My hope is that Americans, regardless of political party, will step up to help restore the U.S. refugee resettlement program.

Jennifer Foy is the vice president of U.S. Programs for World Relief, one of nine national agencies that partner with the U.S. State Department to resettle refugees.