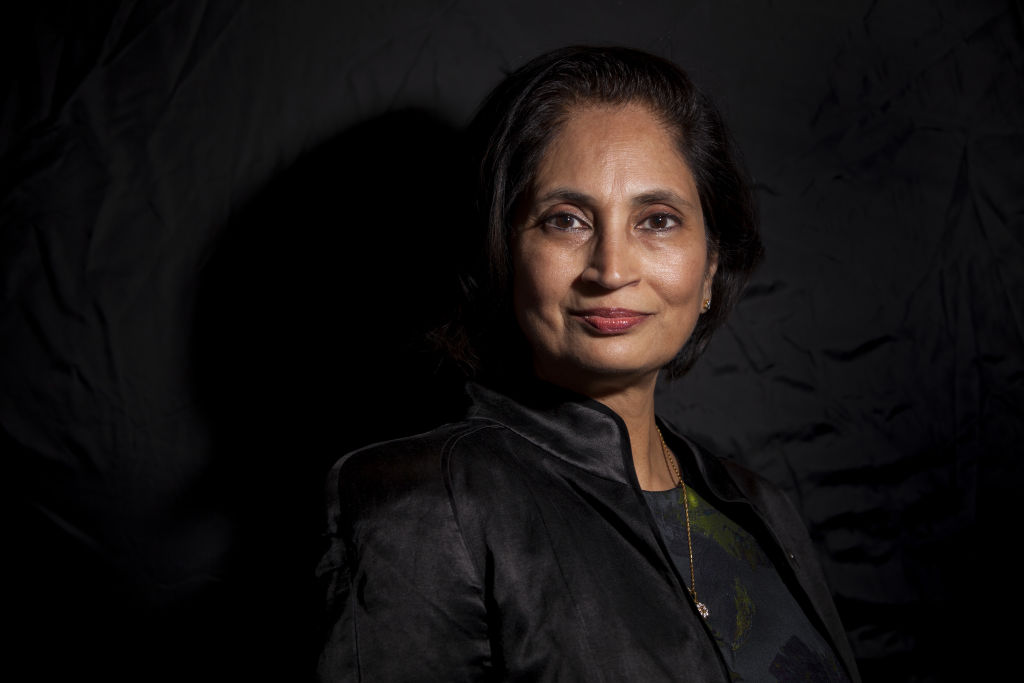 Good morning, Broadsheet readers! Padmasree Warrior launches a social media platform for book lovers, Julia Letlow runs for the House seat her late husband didn’t get to be sworn into, and a former CTO takes on the book club. The Broadsheet will be off on Monday for Martin Luther King Jr. Day in the U.S.—we’ll see you here on Tuesday. Have a restful weekend.

– Modernizing the book club. Of all the weeks to launch a social platform, this was a tough one, with critics arguing that the likes of Facebook and Twitter aren’t doing enough—or are doing too much—to stem hateful discourse. That wasn’t lost on Padmasree Warrior, the former CTO of Motorola and Cisco, who unveiled her new startup called Fable, a social media app for book lovers, on Thursday.

“There’s a lot of fatigue around noisy social platforms,” she told my colleague Maria Aspan. As you might’ve guessed, Warrior is determined to cut through the racket.

Fable, which has raised $7.25 million in funding, is a subscription-based book recommendation engine and private social network. It offers users access to books in the public domain, the option to buy additional books, and book recommendations from authors and other experts. The social aspect comes from digital book clubs, which paying users can start and non-paying customers can join.

Warrior says her two goals are to help people find books they want to read and to modernize the book club for the “digital world.”

The paid component of Fable—an annual subscription is $69.99—may “help keep out some of the worst behavior that troubles free social media platforms,” Maria writes. But Warrior isn’t assuming that Fable will be immune from such challenges; it has established community guidelines around hate speech and book clubs will have moderators.

The startup is certainly a new career stage for Warrior, who’s long been considered one of the most powerful women in tech. In addition to tenures at Motorola and Cisco, Warrior was most recently U.S. CEO of Chinese electric car firm Nio, and she sits on the board of Spotify and Microsoft. Back in 2015, she was reportedly under consideration for Twitter’s CEO gig.

Warrior says this isn’t the first career move that’s raised eyebrows. When she left Cisco for the auto industry, “people thought I was crazy,” she said. “My career has always been nontraditional that way,” she said.

- Family matters. President-elect Joe Biden's new stimulus proposal includes new benefits for working families: The restoration of emergency paid sick leave, which expired in December, will grant those who are sick or quarantining or caring for a child because of school closures paid time off. The measure also calls for a collective $35 billion in emergency funds and grants for child care providers, as well as an expanded child care tax credit. CNN

- Special election. Louisiana Republican Luke Letlow was elected to Congress, but died of complications of COVID-19 before he took office. His wife, Julia Letlow, has announced she will run for his seat in a special election. "Everything in my life and in my marriage has prepared me for this moment," she said in a statement. CNN

- A big mess. Have you heard about the bathroom drama? A new Washington Post report finds that taxpayers have been paying $3,000 a month since 2017 to rent a studio apartment with a bathroom for Ivanka Trump and Jared Kushner's Secret Service agents. Trump and Kushner reportedly did not allow their agents to use any of the 6.5 bathrooms in their home; the agents instead used a bathroom attached to the Obamas' house nearby, until having to rent their own. Washington Post

- Cabinet level. Research from the Brookings Institution confirms that President-elect Biden's cabinet will include more women than those of his six predecessors. When it comes to racial diversity, representation in Biden's cabinet is about equal to Presidents Obama and Clinton. Wall Street Journal

- Taking stock. After Sen. Kelly Loeffler's loss in Georgia and her last-minute abandonment of objecting to the Electoral College results, the New York Stock Exchange, headed by Stacey Cunningham, faces some thorny questions. Its parent company, Intercontinental Exchange, is headed by Loeffler's husband, Jeffrey Sprecher; Loeffler used to run investor relations. Whether that connection will matter to companies listed on the exchange or set to go public remains to be seen. New York Times

- Sister solidarity. Loujain al-Hathloul was sentenced to almost six years in prison for her activism for women's rights in Saudi Arabia. In this piece, her sisters Alia And Lina Al-Hathloul share their view of al-Hathloul's legacy—and say they'll never give up fighting for her. Marie Claire

Stand-up is booming in China, with women center stage Economist

The link between Capitol insurrectionists and abusers Elle

"I couldn’t fake it or pretend it was fine."

-CNN correspondent Sara Sidner, who covers the coronavirus pandemic, far-right extremism, and the racial divide in the U.S. Sidner reflects on crying on air describing the toll of the pandemic on Black communities.