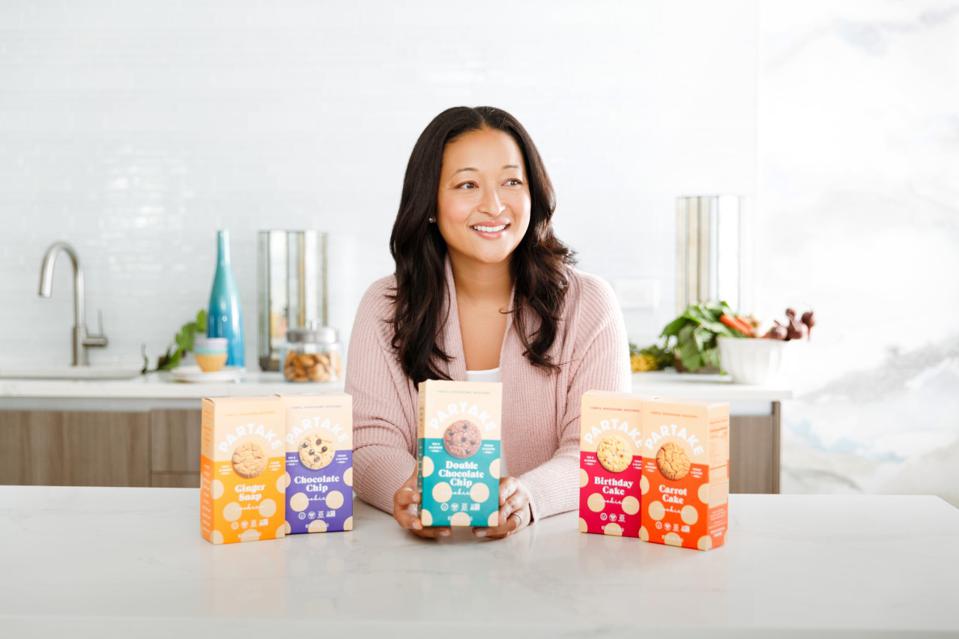 – Eating away at the funding gap. Earlier this week, we highlighted a story from Business Insider that included a deeply disappointing statistic: Of the hundreds of companies that have gone public in the United States over the years, just 20 or so were founded and led by women.

A big culprit is the funding gap between male- versus female-led startups, a phenomenon we’ve covered at length. In 2019, just $3.8 billion, or 2.7% of all VC money, went to companies founded only by women; another $21 billion (14% of the total pot) went to startups with mixed-gender founders. Female founders of color were subject to an even bigger gulf; they received $880 million or 0.64% of all funding.

That story was fresh in my mind when I read that Partake Foods, an allergy-friendly food brand founded by CEO Denise Woodard, closed a $4.8 million round last month. Woodard is the first woman of color to raise $1 million for a food startup, according to Forbes.

More than half of the $7.5 million Partake has raised so far has come from Black investors—Rihanna was part of this latest round in her first investment beyond her own ventures—and Woodard says that’s by design. One of her aims is to increase wealth in the Black community and having investors who understand that mission “is really important to me,” she said.

When Fortune asked investors last year how to increase funding for Black founders, one answer was to diversify who’s writing the checks. “When you have different archetypes at the top of a firm…you simply have different deal flow,” said Inspired Capital’s Alexa von Tobel.

But Cleo Capital managing director Sarah Kunst said Black founders don’t necessarily have to wait for that change to happen. “You certainly don’t have to be diverse to invest in diverse founders,” Kunst said. Female founders of color are fundraising now, she said, by meeting the demands of an industry that (unfairly) expects more of them.

Woodard, for her part, is hoping to inspire other would-be entrepreneurs by telling her story, including how she sold cookies out of her car early on. “There’s so much of a longer grind,” she told Forbes. “I say that to say that if I can figure this out and get here, anyone can.”

- Out the door. Elaine Chao became the first cabinet secretary to resign in the aftermath of Wednesday's riots at the Capitol. Chao was secretary of transportation and is married to Senate Majority Leader Mitch McConnell. She was followed soon after by Education Secretary Betsy DeVos, who called President Donald Trump's rhetoric about the Capitol attacks “the inflection point for me.”

- Leaders respond. Responding to the mob at the Capitol, Michelle Obama called on tech companies to permanently ban President Trump from their platforms. Sen. Kirsten Gillibrand wrote an op-ed about about being locked down with other lawmakers—answering text after text asking, "Are you safe?"—while trying to do her job. In a closed-door speech to the RNC, Trump's former ambassador to the UN Nikki Haley said the president "will be judged harshly by history."

- Trading up. As the online brokerage Robinhood chases growth, it is trying to court more women to the platform. Robinhood has largely focused on stock trading, which traditionally appeals more to men; women have been more interested in long-term investing and wealth-building. Wall Street Journal

- From the military to the Capitol. The woman who was fatally shot by police during the riots at the Capitol was identified as 35-year-old Ashli Babbitt. Babbitt survived tours in the Air Force in Afghanistan and Iraq—and died as she tried to climb through a broken window at the Capitol. In the weeks leading up to the riots, Babbitt had posted on social media about far-right conspiracy theories, including QAnon. Washington Post

- Under the influence. Is it wise to bet $600 million on a 22-year-old social media star? That was the quandary Coty faced as it negotiated a deal for a stake in Kylie Jenner's beauty products business. Ultimately, the pros—$200 million in annual revenue on a bare-bones business structure—outweighed the cons, though COVID-19 threw a curveball Coty didn't see coming. Wall Street Journal

How much did grandmothers influence human evolution? Smithsonian Mag

"I want to show other artists that there will always be a place for you."