Trump is trying to cement his anti-China legacy. Will Biden dismantle it? 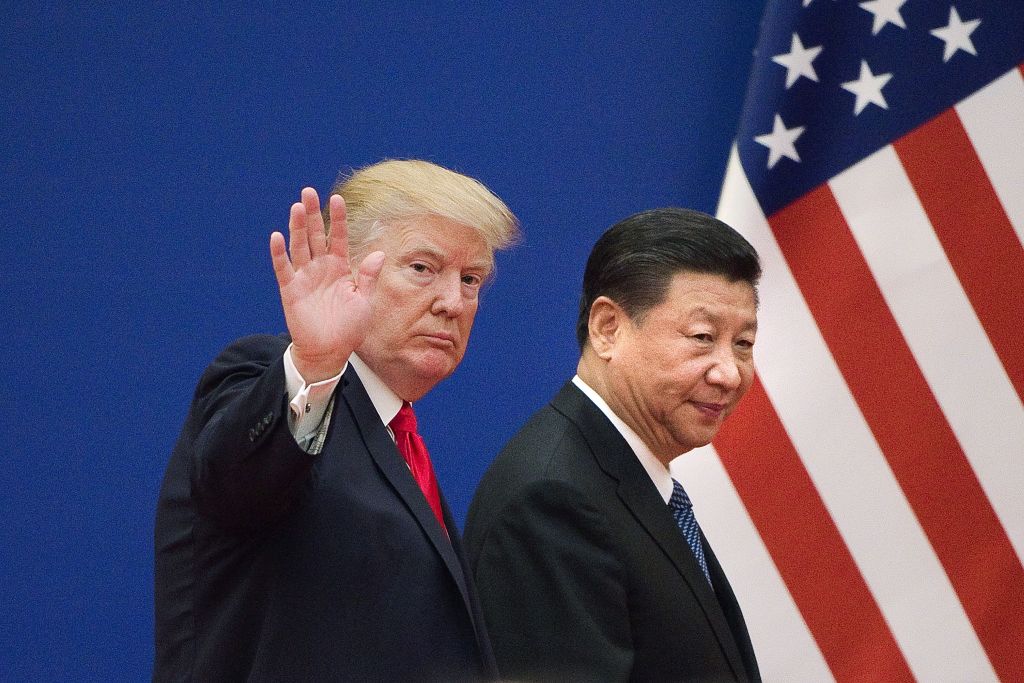 Well, it has been an eventful week in Washington. And yet, amid the chaos, President Donald Trump on Tuesday found time to sign an executive order banning transactions with eight more Chinese apps, including Alipay, the payment platform owned by Chinese billionaire Jack Ma’s Ant Group, and three apps owned by Chinese tech giant Tencent Holdings.

The order is the latest volley in the outgoing administration’s ongoing campaign to use national security powers to counter Chinese technology companies. It alleges the apps “permit China to track the locations of Federal employees and contractors, and build dossiers of personal information.”

The measure won’t take effect for 45 days, a month after Trump’s last day in office. As Bloomberg points out, “it will be up to President-elect Joe Biden to decide whether to enforce the policy.”

Tuesday’s edict—which follows similar bans slapped last August on Chinese social media apps TikTok and WeChat, and a host of technology blacklists aimed Chinese tech giants like Huawei Technologies—won’t inflict significant pain on the companies it singles out because none of them has significant exposure to the U.S. market.

But the measure could create big headaches for American businesses by restricting their transactions in China.

Alipay, for example, was downloaded only about 200,000 times in the U.S. last year, according to Sensor Tower, but claims more than 1 billion users and 80 million merchants in China. Many global companies say it will be impossible for them to do business in China if they are prohibited from AliPay and its main rival, Tencent’s WeChatPay.

But never mind. The order’s main aim, as Reuters notes, is to “cement Trump’s tough-on-China legacy” in his final days in power.

That legacy, deserved or not, is sure to complicate Biden administration efforts to reset the U.S.-China relationship. Biden’s aides have said the new president won’t make any immediate changes to Trump’s China policies, and will proceed deliberately in deciding which to keep, modify, or discard.

As we’ve noted often in this space, hostility towards China is one of the few—if not the only—truly bipartisan sentiments in Washington. Biden will find it difficult to unwind Trump’s sanctions and renegotiate his “phase one” trade deal without antagonizing Democratic friends and Republican foes alike.

Biden does promise, though, that he’ll work together with other Western democracies to bolster U.S. leverage in dealing with China. That would be a departure from Trump’s “go-it-alone” approach. Central to that shift is a proposal to create a “Summit of Democracies” to articulate an alternative to Chinese authoritarianism. But as Bob Davis and Lingling Wei point out in this thoughtful analysis in Wednesday’s Wall Street Journal, building a “grand alliance” to counter China poses daunting challenges.

“Given the lure of the vast Chinese market,” they write, “Mr. Biden could face a tough time convincing allies to sign up for a united front against Beijing…U.S. allies say they can’t be sure of America’s long-term commitment to an international alliance, given four years of a unilateral approach.”

Case in point: China and the European Union last week agreed on a sweeping investment treaty designed to create lucrative new business opportunities for both sides, concluding seven years of tortured negotiations. EU leaders signed off on the deal despite heated internal debates about China’s record on human rights and forced labor, and a last-minute appeal from Biden’s national security adviser Jake Sullivan to hold off until they’d had a chance to discuss it with the new administration.

The EU-China deal remained intact despite the arrest in Hong Kong on Wednesday of 53 pro-democracy activists on national security charges. The EU is still keen to get the deal done, Bernd Lange, head of the EU parliament’s trade committee, told the South China Morning Post.

Financial Times columnist Gideon Rachman decried the investment treaty as “a considerable kick in the teeth for Joe Biden.”

Europeans are “kidding themselves if they think they can be blind to the increasingly aggressive nature of Xi Jinping’s China,” Rachman argued. “If an authoritarian nation, such as China, displaces America as the dominant global power, then democracies all over the world will feel the consequences.”

Where in the world is Jack Ma?

Jack Ma, China's most famous tech billionaire and founder of e-commerce giant Alibaba, hasn't appeared publicly in months, sparking speculation about his whereabouts. Some believe that Beijing may be behind his potential silencing or detainment, while others think he may be laying low while Alibaba negotiates with Chinese regulators over new anti-trust regulations and a planned IPO for Alibaba affiliate Ant Group. “Over decades in public life, the attention-loving Ma has never disappeared for long,” Brock Silvers, chief investment officer at Kaiyuan Capital, told Fortune this week. "Whatever is happening now is clearly out of the ordinary." Fortune

U.S. officials are considering barring Americans from investing in two of China’s largest tech giants Alibaba and Tencent, according to the Wall Street Journal. After the news broke, shares of Alibaba and Tencent slid 5% and 4%, respectively, on the New York Stock Exchange. The move would mark another escalation of U.S.-China economic tensions and significantly reduce the ability for some of China’s most powerful tech firms to access foreign capital. Wall Street Journal

China has long touted its C919 airliner as a homegrown aircraft that could compete with the likes of Boeing. But the plane still remains grounded after 13 years of development, and Chinese regulators haven’t yet given it clearance to fly passengers. China’s government, meanwhile, is continuing to pour money into the C919’s development even as questions mount over the effectiveness and efficiency of relying on state resources to spur aircraft innovation and development. “It would be premature to write off the C919 as a white elephant, but its clumsy take off illustrates the dangers of simplistic assumptions about China’s inevitable conquest of the global economy,” writes The Wire China.

Indonesia is set to distribute vaccines as early as next week under scheme that's unique in two ways. First, local Muslim clerics will likely have to deem any vaccine halal, or allowed under Islam, to be widely adopted in the country. Second, Indonesia is one of few countries that plans to inoculate its working-age population before the elderly. Indonesia’s government says it doesn’t have enough data from China’s Sinovac vaccine, which the country will likely rely on, to determine whether the jabs are effective among elderly populations. At the same time, the government also believes that inoculating younger people first will better limit the spread of the virus since they are more social and pass on the virus at a higher rate. Nikkei Asian Review

Gojek – The Indonesian ride-hailing platform is in advanced talks with Indonesian e-commerce firm Tokopedia for a $18 billion merger, according to Reuters. Once merged, the new firm is likely to eye a dual listing in the U.S. and Jakarta. Reuters

Softbank – The Japanese conglomerate is expecting to take six of its portfolio companies public in 2021, as Softbank hopes to reverse its fortunes after the company lost nearly $18 billion amid the COVID-19 pandemic and the downfall of one of its signature investments, WeWork. Bloomberg

New York Stock Exchange – The bourse changed its mind for the third time this week, ultimately deciding on Wednesday that it would delist three Chinese companies on its exchange. U.S. regulators had targeted the companies—China Mobile, China Unicom, and China Telecom—after U.S. President Donald Trump banned companies with ties to the Chinese military from being listed on U.S. exchanges last year. Fortune

Marks & Spencer – On Wednesday, the British retailer backed a drive to stop sourcing cotton and other textiles from China’s Xinjiang region, becoming one of the first brands to take a stance against China’s forced labor practices among its minority Uhygur population. Reuters