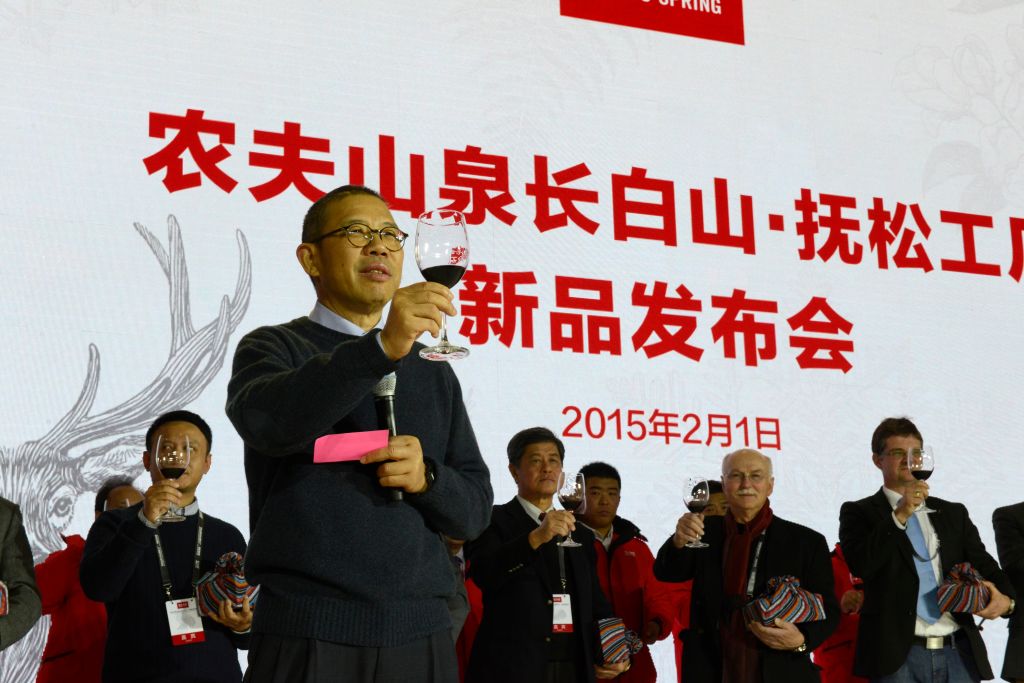 Yet among these billionaires, Zhong is an oddity in that he makes the majority of his money not from technological breakthroughs or well-timed investments but through a relatively simple business: bottling water and selling it en masse.

Who is Zhong Shanshan?

Zhong was born in 1954 in China’s eastern city of Hangzhou. Growing up amid China’s tumultuous Cultural Revolution, Zhong left school in fifth grade and spent roughly a decade doing odd jobs in carpentry and construction, according to Chinese media.

When China’s Cultural Revolution ended, Zhong got a degree in journalism from a local university and worked as a reporter in the early 1980s. After a five-year stint as a journalist, Zhong attempted to go into business for himself, selling a variety of goods, from mushrooms to nutritional supplements derived from turtles.

In 1996, Zhong turned his entrepreneurial pursuits to water. (He had previously worked as a salesman for another bottled water company.) He launched Nongfu Spring in his hometown of Hangzhou by selling water bottled from a nearby reservoir to local vendors.

Zhong’s business capitalized on the fact that China’s tap water was—and remains—mostly undrinkable. In 2016, China’s own Ministry of Water Resources said that more than 80% of the country’s groundwater was unsafe for consumption.

At the same time, China’s bottled water market has skyrocketed alongside the country’s economic boom. The International Bottled Water Association estimates that in 2013 China consumed 39.5 billion liters of bottled water, compared to 2.8 billion liters in 1997.

Zhong’s success can also be attributed to his ability to convince Chinese consumers that Nongfu’s water is of higher quality than its competitors’. He boasted that Nongfu sold only natural water, and his company’s slogan, “Nongfu tastes a bit sweet,” became known in households across China.

But Nongfu’s claims of having better water came under scrutiny in 2013, when China’s top regulator accused the company of having safety standards for its bottled water that were less stringent than those of the nation’s tap water. In response, Zhong accused his competitors of cooking up the scandal.

Later that year, the government deemed Nongfu’s water safe after conducting tests at its factories, and Nongfu’s sales continued to climb. In 2018, Nongfu was China’s top bottled water seller, controlling a 26% share of the country’s bottled water market. Zhong added other products, like energy drinks and vitamin waters, to the company’s portfolio, and in September 2020 brought the bottled water behemoth to the public market.

Nongfu’s success this year can be attributed in part to investors seeing it as a safe bet amid a turbulent economic climate. “Its businesses are immune to any global economic shock and U.S.-China tensions,” Vincent Wen, investment manager at KCG Securities Asia, told the Wall Street Journal in September.

Zhong’s other investments also have paid off.

In April 2020, Zhong took public Beijing Wantai Biological, a vaccine maker he founded in 1993 as part of a nutritional supplements business. Beijing Wantai now has a market capitalization of roughly $17 billion on the Shanghai stock exchange.

Zhong has long been nicknamed a “lone wolf” by Chinese media for his reluctance to speak to press or socialize in elite circles. So far, his newfound status as one of the 10 richest people on earth hasn’t changed his low-profile persona.

“I don’t like making friends with businesspeople,” Zhong told China Daily in 2016. “In the business world, I want it to be just business.”