Now is not the time to repeal Section 230, but it should be soon 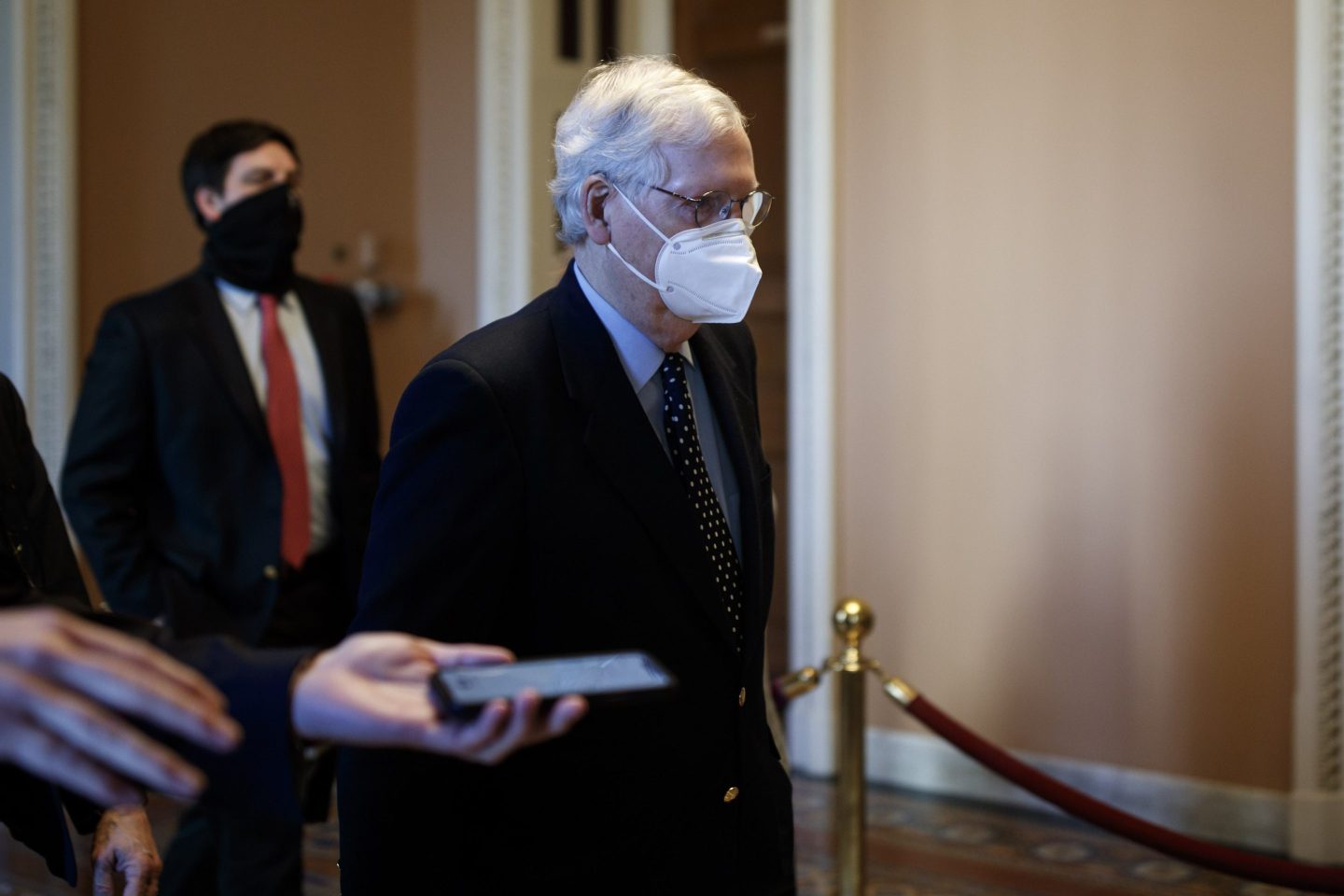 Trump and the GOP’s attempt to repeal Section 230 is correct, but it shouldn’t bog down stimulus payments for Americans, write Jeff Bewkes and Jeffrey Sonnenfeld.
Ting Shen—Bloomberg/Getty Images

President Trump, Senate Majority Leader Mitch McConnell, and other GOP leaders have suddenly flipped positions on stimulus payments. Now they’re insisting that the (unrelated) repeal of obsolete protections for social media companies is a sudden condition for voting to boost assistance to Americans in distress over the coronavirus pandemic.

This is, of course, a canard tossed in the last week of the year, with the House now out of session. It’s a clever PR maneuver to influence the upcoming Georgia Senate runoff elections. Trump had created daylight between himself—with a demand for $2,000 payments to Americans—and fellow GOP leaders who have been largely frozen on $600 payments. This was a way to attempt to close that gap and maneuver around a Democratic push to vote with Trump on the stimulus check increase.

Democrats should call the GOP’s bluff.

At the same time, more closely regulating social media companies is a good idea. But now—while Americans are desperately waiting for relief—is not the right time to haphazardly push through such changes.

The regulation of technology is considered by many on the left and on the right to be a taboo, a bureaucratic assault on entrepreneurship, and a neo-Luddite undermining of U.S. competitiveness. However, screening of Internet communications is common around the world. It is completely possible to require private accountability for hate speech and inciting violence without curtailing the First Amendment. No constitutional rights are limitless—and the repeal of Section 230 has nothing to do with freedom of speech.

Early U.S. Internet legislation became law as part of the Communications Decency Act (CDA) of 1996, or more officially, Title V of the Telecommunications Act of 1996, formally codified as Section 230 of the Communications Act of 1934. Section 230 generally provides immunity for website publishers from what’s contained in third-party content. Section 230 is an anachronism intended to protect Internet service providers (ISPs), not social media companies. Few could have foreseen the rise and eventual dominance of these companies back in 1996.

Unlike the ISPs of the 1990s, the social media platforms of the last 20 years are primarily electronic publishers—perfectly parallel to print publishers and broadcasters. There is no reason that these platforms should not be held to the same libel standards as print publishers, broadcasters, or cable channels.

Why should Facebook, Google, Apple, Snap, Twitter, and others evade the same accountability of traditional print publishers now online, such as the Wall Street Journal, New York Times, Washington Post, Fortune, and Bloomberg?

The Section 230 exemption needlessly protects social media publishers with the phrasing, “No provider or user of an interactive computer service shall be treated as the publisher or speaker of any information provided by another information content provider.”

In fact, social media platforms often host content that is far more pernicious than that of their fellow, unprotected electronic publishers. A trucking company that carries a load of cocaine on interstate highways is liable for drug trafficking, as would be a drug company whose products caused opiate overdoses. Why shouldn’t it be the same for social media platforms?

Since the landmark Supreme Court case New York Times v. Sullivan, the lines have been clearly drawn for when the public, even public officials, can sue for defamation. Specifically, it held that if a plaintiff in a defamation lawsuit is a public official or person running for public office, not only must they prove the normal elements of defamation—publication of a false defamatory statement by a third party—they must also prove that the statement was made with “actual malice,” meaning that the defendant either knew the statement was false or acted with reckless disregard for the truth.

Like any private publisher, social media companies are entitled to edit, censor, or block content at will—whether it be around legality, truth, political ideology, or taste. They have control over what goes on their platforms, and if they exercise that control responsibly, they should have little to fear from defamation lawsuits.

Repealing Section 230 is not a threat to the First Amendment. As long as anyone is free to launch their own platform, they must also shoulder the obligation to keep it safe and respectful.

Instead, these platforms have largely eschewed their editorial duties, promoting outrage to boost engagement and ad revenues. In the process they have fueled hate speech and division in the fever swamps of the extreme right and left, aided at times by Russian, Iranian, and North Korean disrupters. This is why civil rights groups such as the Anti-Defamation League, NAACP, and Color of Change support major reform of Section 230.

Jeff Bewkes is the former chairman and CEO of Time Warner.