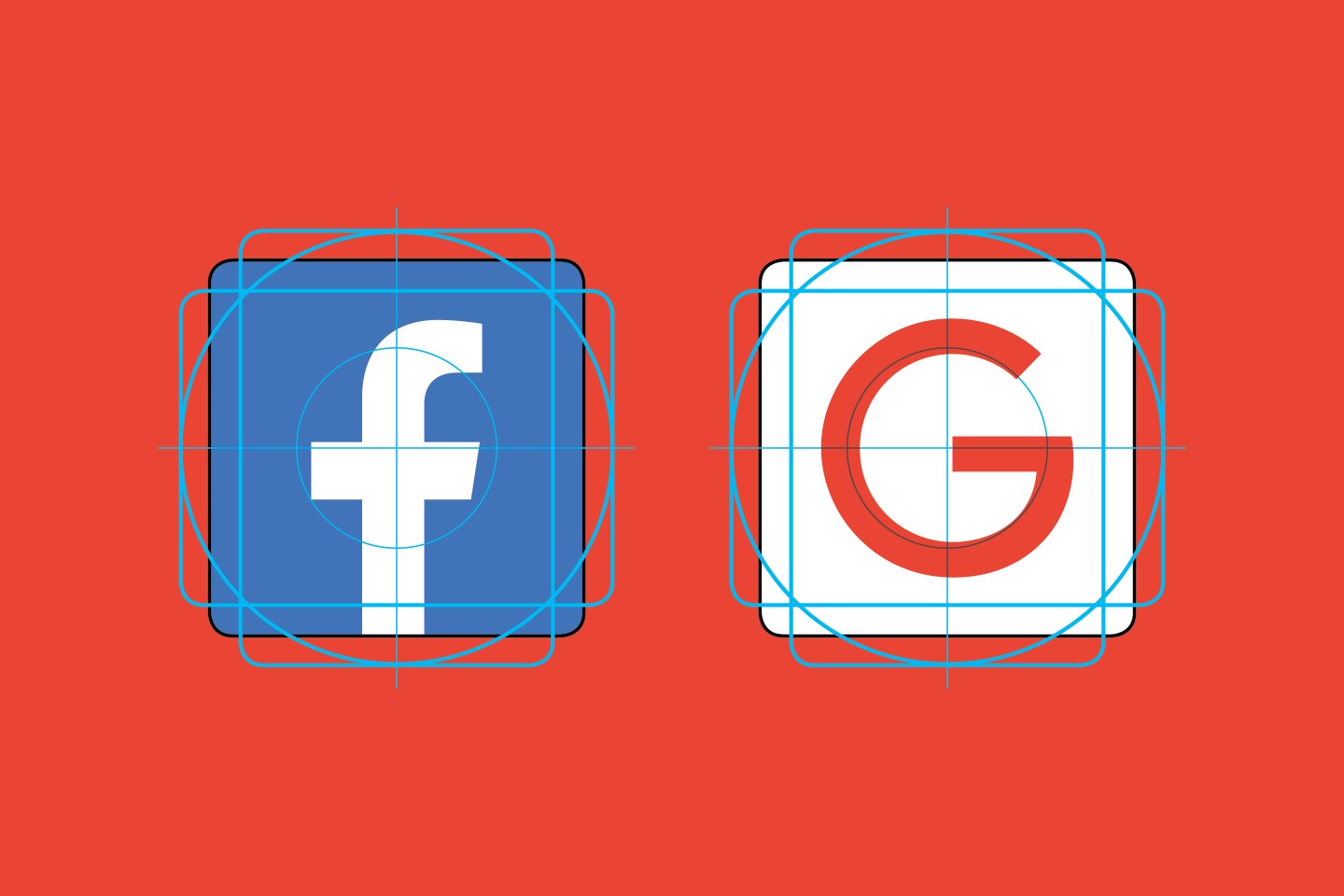 “The Google and Facebook suits may very well represent a throwback to the ‘big is bad’ approach to antitrust law reminiscent of the 1970s and 1960s,” writes Janet Guyon.

This week’s antitrust lawsuit against Facebook by the Federal Trade Commission and a coalition of states, along with the Justice Department’s October suit against Google, represent more than an attack on Big Tech. Together, they’re a concrete sign of a major rethink of antitrust law.

Since the Reagan administration, government antitrust enforcers have largely viewed the Sherman Act—the government’s main legal basis for antitrust cases—through the lens of economics and market efficiency. If a monopolist doesn’t hurt consumers by charging higher prices and reducing output, there isn’t any reason to deem its actions illegal.

Those days may be over. The rise of large, networked enterprises such as Google, Facebook, and Amazon, which derive their power by amassing huge numbers of customers via telecom networks, as well as the recognition that globalization has exacerbated income disparities and depressed wages for ordinary Americans, have changed how a new group of young legal scholars view antitrust law. Instead of focusing on market efficiency, they are focused on market fairness. The so-called hipster trustbusters maintain that antitrust law should not only consider consumer welfare as measured by efficiency, price, and output, but should take into account how new industry structures create powerful economic actors that stifle upstart competitors and wield unprecedented political power.

The Facebook suit exemplifies how quickly the legal and intellectual landscape is changing. It seeks to reverse Facebook’s acquisitions of photo-sharing service Instagram and messaging provider WhatsApp—mergers that the FTC approved less than a decade ago. And New York State Attorney General Letitia James may as well have been reading from the hipster hymnal at a press conference Wednesday when she laid out the state plaintiffs’ rationale. “Instead of competing on the merits, Facebook used its power to suppress competition so it could take advantage of users and make billions by converting personal data into a cash cow,” James said.

This new approach has major implications for how companies must think about their approach to mergers and acquisitions as well as the deals they make with suppliers and distributors. Until now, companies were free to believe their actions were legal as long as they could argue that they made the market more efficient and didn’t hurt consumers through higher prices. The Google and Facebook suits may very well represent a throwback to the “big is bad” approach to antitrust law reminiscent of the 1970s and 1960s.

The signs in the language of the Google suit itself are particularly clear. The Department of Justice does not argue that Google price gouges consumers, because it can’t­—Internet search is free. Instead, it argues that consumers are hurt because the search giant’s dominance keeps out of the market new players that might offer higher-quality search services, services that might offer, for instance, more privacy protection. In other words, Google’s very bigness makes it bad.

‘Big is bad’ is back

The “big is bad” approach burst onto the legal academic scene a couple of years ago, principally through a Yale Law Journal article by Lina Khan, a London-born academic who got her law degree in 2017 after graduating from Williams College in 2010. Now 31, Khan is on the law faculty at Columbia University, has counseled FTC commissioner and Democrat Rohit Chopra—rumored to covet the FTC chairman position under President-elect Biden—and the House Judiciary Committee’s Subcommittee on Antitrust, Commercial, and Administrative Law. Khan’s Yale screed argued that Amazon’s bigness made it bad and a potential target for antitrust prosecution because its power kept other potential competitors out of e-commerce markets.

Up against the hipsters are antitrust experts who have adopted the “consumer welfare” standard for evaluating antitrust law developed 40 years ago by the late Robert Bork, the onetime Supreme Court nominee who followed the Chicago school of economics. Championed nowadays by Virginia’s conservative George Mason University law school (named after Supreme Court Justice Antonin Scalia, which until a 2016 name change was known by the unfortunate acronym “ASSLaw”), the Bork approach uses economic analysis to bring logical reasoning to antitrust legal decisions.

Until then, a company hit by an antitrust suit was at the whim of a judge who may or may not buy into whatever theory of competition the plaintiff or defendant presents. Bork adherents are horrified by the hipsters, who, they say, will turn back the clock and use antitrust laws to solve a host of vague social ills that the law is ill prepared to address.

The debate raging within the antitrust legal community may have influenced the timing and structure of the Google suit. DOJ antitrust attorneys were said to disagree among themselves over the basis for a lawsuit and felt pressured by Attorney General William Barr to file prematurely, according to an August report by the Wall Street Journal. When former Google chairman Eric Schmidt argued that Google became dominant simply because it was excellent, he was channeling Bork. “American antitrust law is designed to promote innovation and help consumers, not tilt the playing field in favor of particular competitors,” Google said in its official response.

An old law, a new challenge for CEOs

Central to the problem with antitrust enforcement is that the 1890 Sherman Act upon which the law is based is so vague as to be thought by some as unconstitutional. It simply makes it illegal to monopolize or attempt to monopolize “any part of the trade or commerce” between the states or with foreign countries. Much like enforcement of the Constitution itself, the law has been interpreted through a series of Supreme Court cases, with Congress occasionally passing laws that prohibit or permit specific business practices depending on the politics of the day. It’s not unusual for Congress to pass a law allowing a practice, such as letting wholesalers dictate retail prices, then declare it illegal a few years later.

For CEOs, hipster antitrust raises serious strategic issues. Should the philosophy take hold under a Biden administration, companies could be forced to rethink whether or not to merge, make acquisitions, or strike deals with distributors and retailers to distribute their products and services. Abandoning the consumer welfare standard could force companies to take into account income inequality and wages as well as the effect on small or nascent businesses.

According to a blog post and law review article by a group of George Mason academics rebutting Khan’s analysis, some hipsters want to return to the DOJ guidelines of 1968 that justified blocking mergers with a combined market share of only 8%. Enforcement would be based upon “firm size, without regard for effect on consumers, making presumptively unlawful broad categories of mergers and acquisitions,” the post said.

Companies could be forced to provide documentation on how a merger or acquisition might affect wages, wage growth, and even political power. That would presumably drive up the legal costs of any merger or acquisition and lead to the abandonment of many transactions. Companies might have to document whether or not an acquisition would staunch competition in a nascent market. The DOJ has already sued to block Visa’s proposed $5.3 billion acquisition of Plaid, which provides infrastructure for financial apps, because it might hurt growth of that new market, according to the Wall Street Journal.

For tech companies, hipster enforcement will be particularly problematic. Most of these companies—Facebook, Amazon, Google—become better at what they do because they thrive on network effects. Just like a phone company, the more people who use them, the more useful they become to the consumers who are their customers. The more people on Facebook, the more people want to sign up, because the more likely it is for them to find long lost friends or make new ones. The more stuff Amazon can sell and deliver, the stronger it gets as more and more consumers find it useful for shopping.

A middle ground is more likely. Whether nor not a company is too big isn’t the issue, but whether or not that bigness enables it to set the rules of competition, collude, and quash competitors. Antitrust enforcers could consider not just whether consumers pay higher or lower prices but whether the competitive dynamic of an industry is being controlled by one, or a handful, of players. Antitrust authorities could take into account whether a merger or acquisition—such as Facebook’s purchase of Instagram or Google’s purchase of the ad server DoubleClick—is likely to reduce competition in the long run. Authorities could look more closely at the “freemium” business model of tech firms to determine whether giving away a product for free may produce other negative consequences, such as reducing quality or innovation.

Greater regulation of behavior that was once considered illegal, such as cutting off retailers that discount manufacturers’ prices, could be revived. Regulators could force tech companies to submit detailed plans on consumer privacy before allowing them to make new acquisitions or gain approval for entering new markets such as payments or cryptocurrency. U.S. authorities could adopt the thinking of the European Union, which has been particularly aggressive against Big Tech and which has increasingly become the gold standard for antitrust enforcement outside the U.S.

The FTC’s Chopra—advised by Khan—supports some of these ideas. In his dissent to the FTC’s October vote allowing Mylan’s $12 billion acquisition of Pfizer’s generic drug business, Chopra focused on how the merger would change the structure of the market and exacerbate the risk of collusion by creating the world’s biggest generic drug company. “Typically, collusion is easier to pull off when a market has only a few big players, since coordination is more difficult with more actors,” he said.

The FTC failed to closely examine the executives’ motivations for the merger, Chopra said, citing ongoing price fixing allegations against Rajiv Malik, Mylan’s current president and future board member and top executive of the merged firm. “Despite the obvious alarm bells raised by Mr. Malik’s planned role in the merged firm, the Commission’s analysis does not discuss his involvement in the ongoing price fixing…or his future plans for the company,” Chopra said.

“Unless we change our approach, anticompetitive mergers in the pharmaceutical industry will continue unabated, and we will suffer for it,” Chopra concluded. The same may be said of any industry. And the government now seems prepared to put new changes into practice against Big Tech.