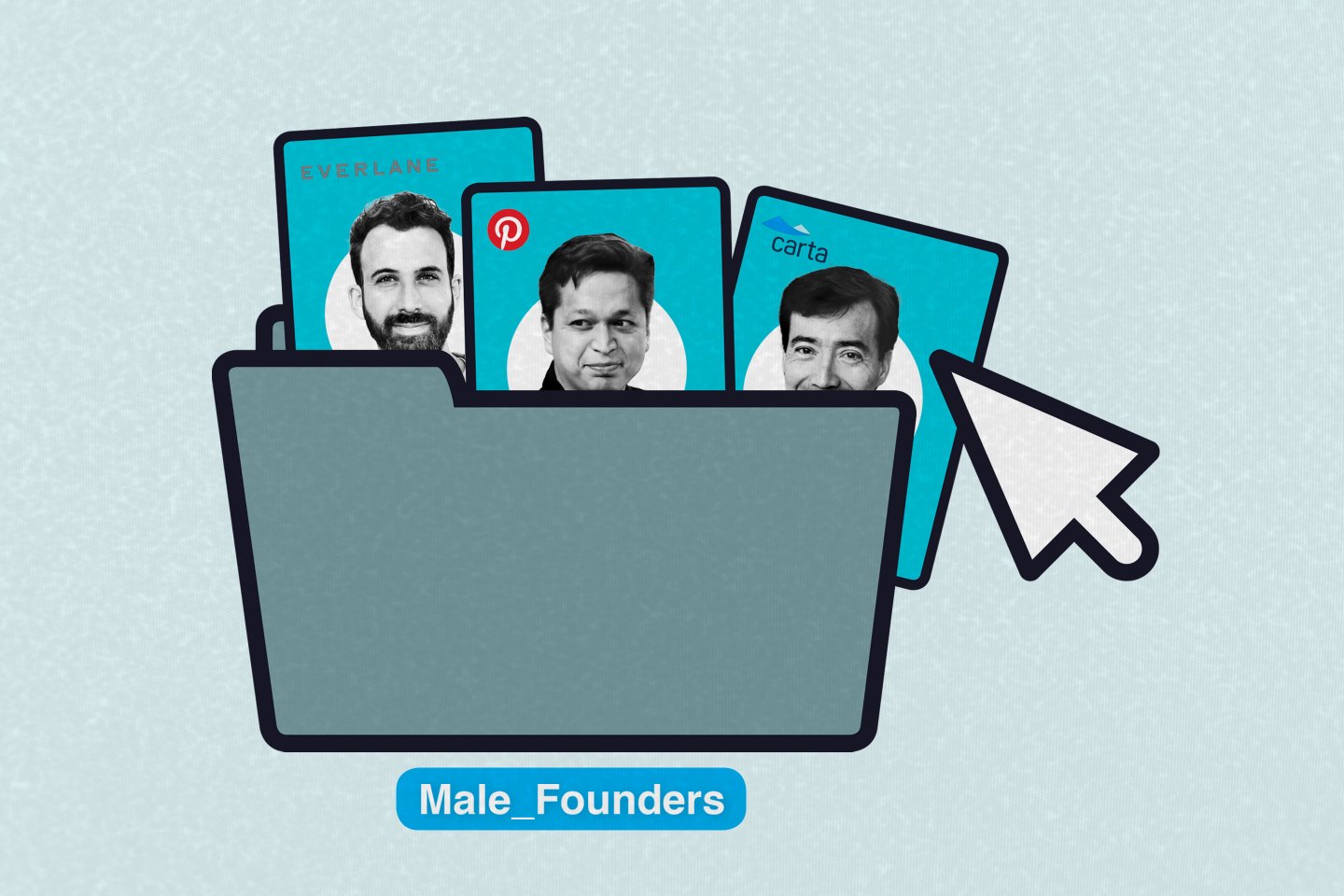 Are female startup founders held to impossibly high standards—or are their male counterparts just generally more able to get away with bad behavior?

Yes and yes, according to their employees. And they lay much of the blame for that fact with the venture capitalists who back these founders and join their company boards.

Whether in anonymous social media collectives, news stories, or lawsuits from former executives, startup and tech workers are becoming more vocal—and more powerful—about the shortcomings of their employers, especially those that promise a mission-driven purpose and then fail to follow through. Some of these worker complaints have contributed to CEO resignations this year, including the Wing’s Audrey Gelman, Away’s Steph Korey, and Reformation’s Yael Aflalo. But also this year, employee complaints against other high-profile founder-CEOs—including Everlane’s Michael Preysman, Carta’s Henry Ward, Pinterest’s Ben Silbermann, and, most recently, Coinbase’s Brian Armstrong—haven’t yet led to any CEO resignations or demotions. (A spokesman for Coinbase says the company “strenuously denied” allegations in a New York Times article last week, reporting 23 current and former employees’ accusations of anti-Black treatment.)

Each of these companies and their situations is unique, of course. Still, there’s one very noticeable difference between these two groups.

“I do think it’s unfair how women are definitely [judged] so much more harshly than men. But it’s also not fair to say, ‘Men have gotten away with this for so long, so women should, too,’” says Leslieann Elle Santiago, a former Reformation employee whose viral Instagram post alleging anti-Black behavior at the retailer contributed to Aflalo’s June resignation as CEO. (A Reformation spokesperson says that a later independent review “did not find any evidence” that Aflalo’s behavior toward employees was racially motivated.)

There is ample evidence of a gendered double standard facing female founders on several fronts, as I report in a new feature for Fortune’s December/January issue. Many in the startup ecosystem blame the media and employees for enforcing this double standard—but the power to uphold or shatter it lies with venture capital investors, especially those who sit on private startups’ boards of directors.

“I would like to see some consequences for male founders, and a large part of it goes to investors,” says Aerica Shimizu Banks, a former public policy manager at Pinterest, whose allegations of racist discrimination at the public social media company have been widely reported. Pinterest is also facing a headline-grabbing gender-discrimination lawsuit from one of its top executives, former chief operating officer Françoise Brougher.

And in this case, Pinterest’s public investors are starting to agree with Banks: On Monday, shareholders filed a lawsuit against top executives, including CEO Silbermann and his cofounder, Evan Sharp, for allegedly enabling a “systematic culture, policy, and practice of illegal discrimination on the basis of race and sex.” (A company spokesman says that the company is undergoing an independent review of its culture, and that Pinterest’s leadership and board “take their fiduciary duties seriously.”)

Pinterest, which went public last year, is in a slightly different situation than privately held startups, where venture capital investors sit on company boards and generally have the most power to back up an embattled founder—or not—when directing a company’s response to employee complaints and critical press coverage. This VC community is also overwhelmingly male, and overwhelmingly reluctant to invest in women and underrepresented groups in the first place: 88% of VC partners were men as of last December, according to women-in-VC nonprofit All Raise, and only 2.6% of all venture capital invested in 2019 went to women-only teams, according to data firm PitchBook. (The numbers are even more dismal for Black and Latinx women, who received less than 0.7% of all VC invested in 2018 and 2019, according to a new report from digitalundivided’s ProjectDiane.)

Yet at the same time, VCs are eager to pour money—and guarantee “founder-friendly” protections—into what they consider to be the biggest and most promising (and, again, overwhelmingly male-led) startups. Sometimes this commitment to founder-friendliness can backfire and make a widely criticized CEO difficult to oust even once boards do decide to act—as the prolonged and very public exits of WeWork’s Adam Neumann and Uber’s Travis Kalanick amply demonstrated.

“Startup boards generally start from a place of wanting to preserve the founder’s role in the company—but this doesn’t seem to be happening in the case of female founders,” says Charlie O’Donnell of Brooklyn Bridge Ventures, a venture capitalist and an early investor in the Wing (where he did not sit on the board).

“I don’t think that boards entirely made up of partners at VC firms are serving these companies well,” he adds, arguing that especially when investors back young and inexperienced entrepreneurs, they have a responsibility to train them to become better managers. When employee complaints become public, for example, they are often the result of “many, many micro decisions along the way, made by people up and down the cap table,” O’Donnell says. “So when it gets to, ‘Should the board save this CEO?’—well, where was the board in helping to prepare the CEO?’”

All of this is leading some startup employees, founders, and Silicon Valley executives to call on investors to rethink what qualifies as acceptable leadership behavior at all high-growth, venture-backed startups.

“There’s no excuse for workplaces that treat employees unfairly and discriminate, harass, or abuse employees—regardless of who the CEO is,” says Emily Kramer, the former vice president of marketing at fintech startup Carta, who is now suing the company for gender discrimination.

Emily Kramer, the former vice president of marketing at fintech startup Carta, is suing the company for gender discrimination.
Courtesy of Emily Kramer

During her time at Carta, which helps startups manage and track their founders’ and employees’ ownership stakes and which has widely promoted its efforts to provide “equity for all,” Kramer oversaw its well-publicized study of how little equity female founders hold in their startups, compared to their male counterparts. But she also faced “increasingly hostile, sexist harassment in response to her complaints of sex discrimination,” and personal insults from Carta CEO Henry Ward, her lawsuit alleges.

Ward, who remains atop his company, has disputed Kramer’s account but acknowledged that he and his company “deserve criticism for our failures,” including his board’s lack of diversity. Carta has also disputed the lawsuit’s allegations, and declined to comment for this story.

As her lawsuit winds through the courts, Kramer is advocating for the VC community to worry less about being founder-friendly and worry more about worker conditions at the high-growth startups where they invest. By directly soliciting employee feedback at these companies, for example, board members could become more aware of internal complaints before they bubble up to the level of viral social media posts or splashy news stories.

“Boards and investors really want to appear founder-friendly. It’s talked about all the time as a badge of honor. We need to shift that to, ‘We’re employee-friendly,’” Kramer argues. “Taking this approach and holding companies accountable consistently would lead to both a decline in these egregious and business-disrupting exposés and crises—and an increase in long-term performance and returns.”