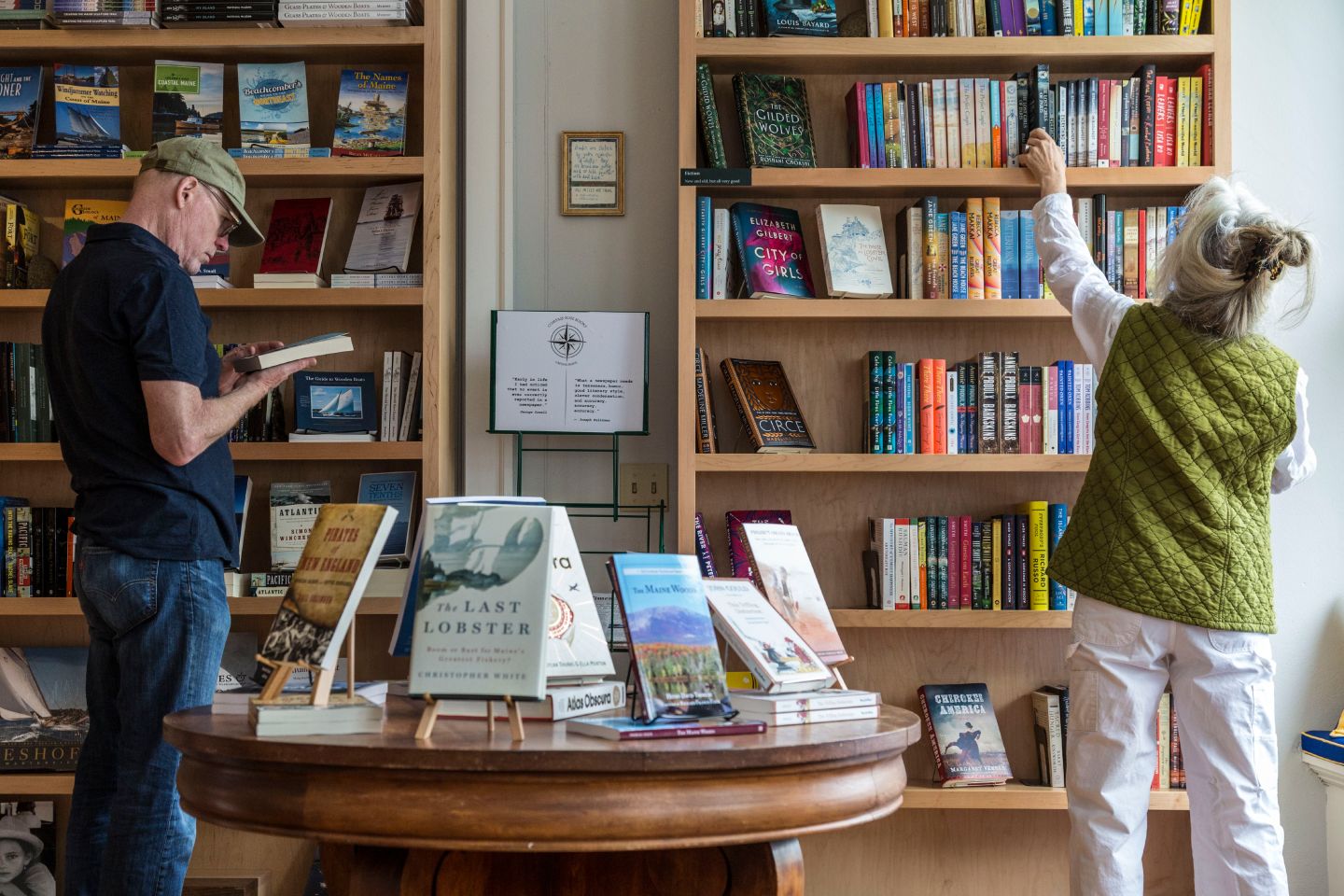 The deal, if it makes it through antitrust concerns, has the potential to completely reshape publishing—and, of course, Simon & Schuster, which is headed by publisher Dana Canedy. She was No. 50 on our Most Powerful Women list this year. In her writeup, we noted the outsize impact of the business compared to its size, citing how “what we read is powerful, with far-reaching impact on our culture and beliefs”—influence that certainly comes into play for this acquisition, too.

But the merger of the two biggest publishers isn’t the only story right now with implications for writers and readers. Fortune‘s Jeff John Roberts has a piece on the battle between the Internet Archive and the American Association of Publishers. Lila Bailey, the Internet Archive’s chief lawyer, is representing the nonprofit as it fights for its ability to share ebooks with the public—in essence, to decide the future of libraries online.

The suit stems from an early-COVID project called the National Emergency Library; the Internet Archive sought to make ebooks more accessible as libraries closed at the height of March’s pandemic chaos.

Bailey acknowledges the economic realities that have led publishers to take a hard line on copyright issues, as is happening in this case, but says that battling nonprofits like the Internet Archive won’t solve the industry’s problems. The American Association of Publishers didn’t respond to Fortune‘s request for comment.

“This case will determine what libraries will be,” says Bailey—just as the Penguin Random House/Simon & Schuster merger will decide the future of publishing. Read the full Fortune story here.

- Setting up shop. The Biden transition team announced a few more appointments, including seven that will create the White House's first all-female senior communications team. Jennifer Psaki will be White House press secretary; Kate Bedingfield will be communications director; Karine Jean-Pierre will be principal deputy press secretary; and Symone Sanders will be chief spokesperson for Vice President-elect Kamala Harris. President-elect Joe Biden is also expected to name two women to his economic team: Neera Tanden as director of the Office of Management and Budget and Cecilia Rouse as chairwoman of the Council of Economic Advisors.

- A CEO's challenge. Bloomberg Markets has a new interview with Citi's Jane Fraser, who will become the first female CEO of a Wall Street bank in February (and whom Fortune featured on its November cover). One of the first challenges she'll confront is how banks factor into the COVID recovery. "We do anticipate [the recovery] to be quite sluggish," she says. "We’re certainly seeing it in consumer [banking]: You’ve got the 'haves' and you’ve got those who are really struggling. I think it goes to that sense of, what are the values of the industry?" Bloomberg

- Kick, goal. Vanderbilt student athlete Sarah Fuller made college football history this weekend when she delivered the second half's opening kickoff in a game against Missouri. The football team asked Fuller, a women's soccer goalkeeper, to play after its kicking unit couldn't practice because of a coronavirus quarantine. Fuller is the first woman to play in a Power 5 football game. ESPN

- Cash is king? The U.S. enacted sanctions on specific leaders in mainland China and Hong Kong over the national security law that Beijing imposed on Hong Kong after protests rocked the city. Now Hong Kong Chief Executive Carrie Lam says she has "piles of cash" at home because, as one of the leaders targeted by sanctions, she can't access banking services. Financial Times

- Hedge bets. Aberdeen Standard Investments, one of the biggest asset managers in Europe, is launching a new fund that will invest in hedge funds run by women. The fund is meant to capitalize on investor interest in diversity and socially conscious investing and to take advantage of women-led hedge funds' strong returns. Financial Times

- Early action. One of Kate Middleton's signature causes as a member of the Royal Family is early childhood development. The Duchess of Cambridge released findings from a major survey of U.K. parents, finding that parents' stress and loneliness has increased during the pandemic—and that their parents' loneliness affects children under five. Guardian

The Queen expresses an interest in blockchain Financial Times

"[People] want the frilly apron, and they want to believe that I would have been home either way, cooking. And I wouldn’t have been. I’m home cooking because I’ve been able to make it an economically viable career."