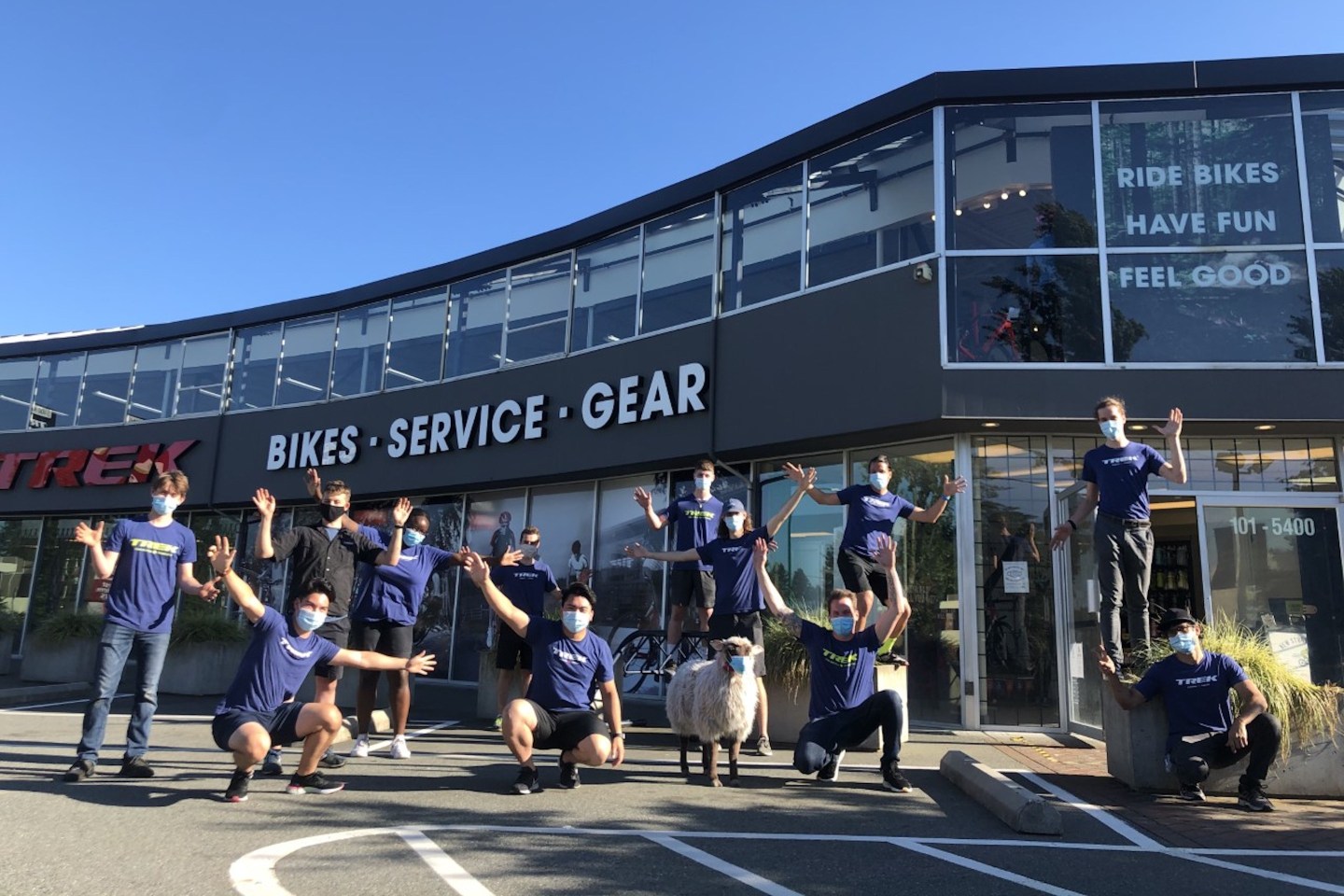 While companies in many industries have weathered severe declines in revenue, Trek and other bicycle sellers have seen sales take off amid a pandemic that prompted people to avoid public transportation, skip indoor “spin” classes, and seek family friendly outings—like bike rides.
Trek Bicycle Corporation

Trek Bicycles has had to navigate very different bumps in the road from most organizations this past year.

While companies in many industries have weathered severe declines in revenue, Trek and other bicycle sellers have seen sales take off amid a pandemic that prompted people to avoid public transportation, skip indoor “spin” classes, and seek family friendly outings—like bike rides.

Demand that is doubling or tripling compared to 2019 is a good thing generally. But the bike boom has put unprecedented pressures on Waterloo, Wis.-based Trek to keep employees and customers healthy as well as to keep busy staffers from burning out. What’s more, the racial reckoning spurred by the murder of George Floyd has prompted Trek to take stock of an industry that has lacked diversity.

The company has responded with a combination of new safety protocols, higher pay, new employee recognition programs and a new commitment to racial inclusion. Trek also has continued to conduct “pulse” surveys to closely monitor the employee experience. That standing practice has enabled the company to learn and pivot quickly in a year when the challenges have popped up one after another, says Mark Joslyn, the company’s vice president of HR and IT.

With its nimble, people-first response to a difficult 2020, it’s not surprise Trek is a Fortune Best Workplaces in Retail list winner this year.

Retailers with a great culture to offer

To determine the list, Fortune partnered with people analytics firm Great Place to Work to analyze anonymous survey feedback representing more than 900,000 employees working in the retail industry in the United States.

The remaining 15 percent of the rank is based on an assessment of all employees’ daily experiences of innovation, the company’s values, and the effectiveness of their leaders, to ensure they’re consistently experienced. To be considered, companies had to meet the Great Place to Work-Certified standard.

Racing to keep up with demand

Trek is in high gear these days, and has been for the last three or four years. During this period, the bike maker has expanded its workforce to meet changing customer expectations, sell into more global markets, and service a growing retail business. At this point, 60% percent of Trek employees work in the United States, with the remainder in 25 countries across the globe.

Trek’s U.S. independent retailers and own stores were classified as “essential businesses” when the COVID-19 pandemic hit earlier this year. And as demand for bicycles soared, Trek leaders and employees moved quickly to create safety protocols. For example, the company launched curbside and home delivery options for bike sales and servicing.

Trek also took steps to reward employees handling high work volumes. It accelerated a plan to raise its national minimum wage to $15 per hour. It also introduced an “Above and Beyond” bonus of up to $500 for front line workers such as mechanics, sales associates, and workers in its distribution and manufacturing centers. An even more lucrative “President’s Award” was launched, giving employees up to $1,000 for living out the company’s “Non-Negotiables”—values that include “Have Good Energy,” “Think Global,” and “Give Back.”

Then there are the “Boxes of Awesome.” These are care packages sent weekly from the Wisconsin headquarters to operations across the company, Joslyn explained. At first, the boxes had items often in short supply, such as toilet paper and masks. More recently, they have included food items to surprise and reward teams.

In the wake of the murder of George Floyd, Trek has taken a hard look in the mirror and at an industry that has historically lacked a conscious effort to include people of color. The company announced a series of initiatives that include scholarships for young cyclists of diverse backgrounds to participate in high school mountain biking through the National Interscholastic Cycling Association. Trek also committed to opening bike stores in communities of color. And it launched a diversity training program.

Central to the training was establishing a common vocabulary around issues of race and inclusion, Joslyn said, “so we could have better, more productive conversations about these topics.” What’s more, the training extended across borders, including Trek’s global employee base.

“This issue is not just a US thing,” Joslyn said. “This training needed to become available for employees around the world. They care. They all have room for massive improvement in their countries.”

Taking the pulse of employees’ experience

One way Trek has kept track of what their employees care about is through regular “pulse” surveys. In contrast to some organizations that conduct employee surveys just once a year, Trek will survey its entire workforce or portions of it on multiple occasions throughout the year.

The company has continued this approach in 2020. It used Great Place to Work’s Emprising survey tool to create custom questions related the pandemic, such as how well employees felt Trek was ensuring their safety and well-being during the COVID-19 crisis.

The pulse survey practice not only has enabled Joslyn and his team to stay attuned to employee sentiment during challenging times, but also troubleshoot problems and solve them quickly. For example, he says, one pocket in the IT department saw survey scores drop suddenly earlier this year. The team’s leader looked into the decline, discovering that a process change hadn’t been communicated effectively to all staffers. Once the issue was addressed, scores on the team rose again.

“They solved the challenge within weeks,” Joslyn says.

Here was a problem that might have festered for months and eroded morale at a typical company. With its culture of listening, Trek steered right around the potential pothole.

In anything, Trek as a whole is pedaling faster and more smoothly than ever. In 2020, 89 percent of employees call the company a great place to work—an improvement from Trek’s score in 2019.

Joslyn says one key to the company’s success has been learning other Best Workplaces, including those in fields like technology, hospitality and healthcare.

“Most of the time, the better way isn’t in our own industry,” he says.

A willingness to improve by exploring new terrain—that’s just how Trek rolls.