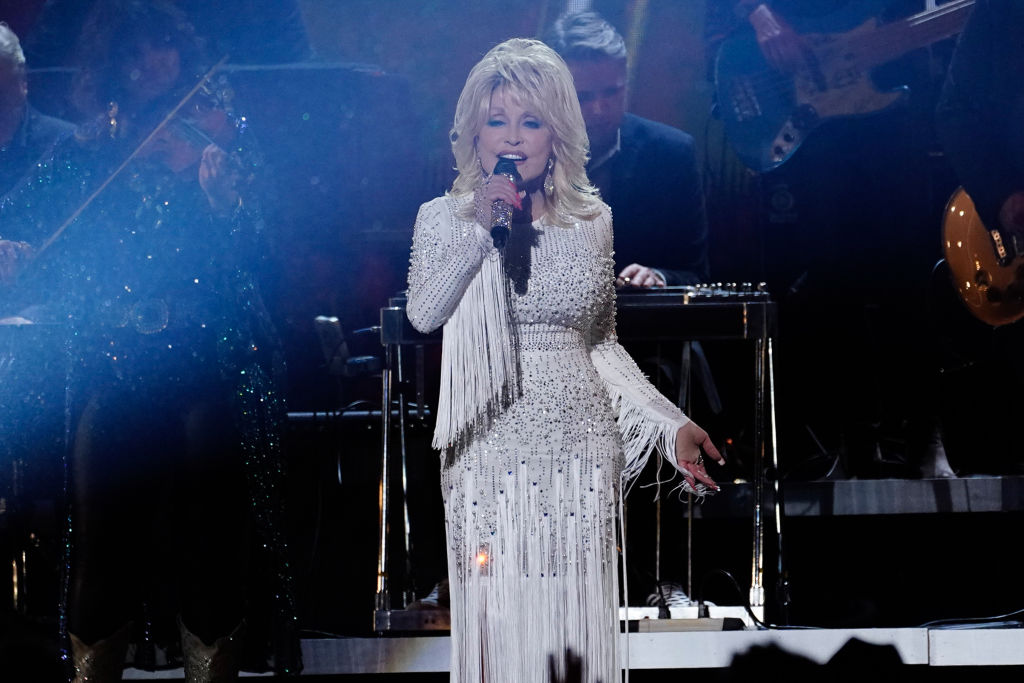 – The greatest gift of all. Last year, the New York Times deemed Dolly Parton the one thing “we can all agree on.” Indeed, the 74-year-old country legend had found a new following among a younger audience thanks to a podcast and a Netflix special. Her appeal seemed to span generations and political ideologies.

And this week she cemented her feel-good, bipartisan credentials by adding a new line to her bio: pandemic hero.

The title is, of course, exaggerated, but it’s true that the singer-songwriter had a hand in funding the Moderna vaccine that’s proven to be 94.5% effective in late-stage trials. Parton said in April that she’d donated $1 million to Vanderbilt University in Nashville after learning from a friend that researchers there were working on a COVID-19 vaccine. The gift, named the Dolly Parton COVID-19 Research Fund, went toward early research by Dr. Mark Denison that helped produce the Moderna vaccine.

The U.S. government later invested $1 billion in the project as part of Operation Warp Speed, but Denison has said that Parton’s donation “helped us develop the test that we used to first show that the Moderna vaccine was giving people a good immune response that might protect them.”

Parton’s unexpected role in the development of a vaccine pleased Dolly fans to the point that there’s now a version of ‘Jolene’ reworked to feature ‘Vaccine’ bouncing around the Internet, thanks to linguist Gretchen McCulloch, author of Because Internet: Understanding the New Rules of Language, who tweeted out fitting lyrics. “Vaccine, vaccine, vaccine, vacciiiiiiiiiiiiiine I’m begging you, please go in my arm.”

Now McCulloch is suggesting another role for Parton: an ambassador for the vaccine, once it’s ready for distribution. Considering the current level of divisiveness, especially about the pandemic, if Parton doesn’t assume that task, whoever does is going to need Dolly Parton-level mass appeal.

- Down to the wire. Judy Shelton's controversial nomination to the Federal Reserve's board of governors failed to advance yesterday as two Republican Senators missed the vote because of COVID-19 quarantines. Her confirmation may be over since the Senate is not in session next week, and Sen.-elect Mark Kelly (D–Ariz.), who defeated Republican Sen. Martha McSally, could take office as soon as Nov. 30. Once he's seated, Republicans are unlikely to have the votes to advance her nomination. Wall Street Journal

- Retail storm. The latest edition of Fortune's podcast Leadership Next features Kohl's CEO Michelle Gass. The retail chief reflects on weathering the COVID storm in the industry. "We were making it up as we went," she says. Fortune

- Unequal effects. The important story about how women and mothers are being hurt by the coronavirus crisis has a few new entries: this NYT piece about how closed schools turned to moms for their back-up plan and this story about the continued economic impact of a gendered recession.

- Safety in sports. Concussions aren't just an issue in football. In women's sports, head injuries are a growing—and hidden—concern as well. Women's lacrosse is the biggest offender; the sport doesn't require headgear for its players, while men's lacrosse does. MEL Magazine

- BFFs? A childhood friend of Ivanka Trump's writes about her longstanding relationship with the First Daughter—including some unflattering details. But why now? "I think it’s past time that one of the many critics from Ivanka’s childhood comes forward—if only to ensure that she really will never recover from the decision to tie her fate to her father’s," writes Lysandra Ohrstrom. Vanity Fair

Kim Ng has been ready for years New York Times

The U.S. is too far behind the rest of the world when it comes to women in government Fortune

"I hope people will give themselves permission to do whatever they want this year."