If we don’t vaccinate the world quickly, all our COVID efforts will be a waste 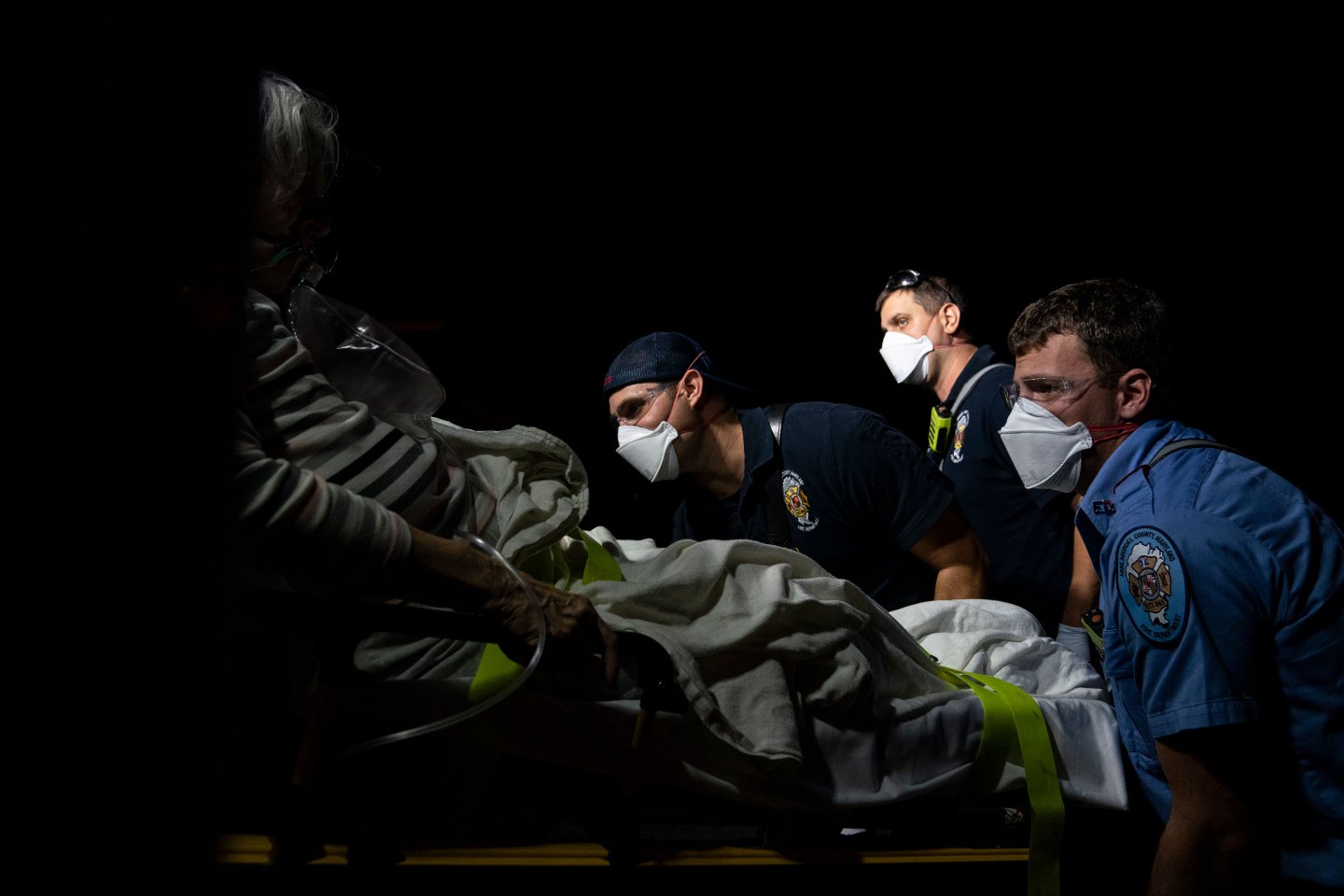 The promising results announced by Pfizer and BioNTech in their coronavirus vaccine candidate mark a significant step toward overcoming COVID-19. Even a modest deployment in the next few months could protect millions of people and save tens of thousands.

To beat back this pandemic, however, we need herd immunity. And there’s only one sure way to get that: We must inoculate at least 75% of the world’s 7.7 billion people with an effective vaccine.

Achieving this requires a sharp shift from our current ad hoc approach to production, delivery, and policies on who will get the vaccine. With the current plans, there is no way that three-quarters of the world will ever be vaccinated—which means none of us will truly be safe.

Reaching herd immunity via infection has been rejected by scientists and many world leaders because it raises the risk of creating a vicious cycle of seasonal mutation as the virus bounces between the world’s northern and southern hemispheres, similar to influenza’s annual evolution.

But that doesn’t mean that the discovery of a potent vaccine is the whole answer, either.

According to a new global partnership of health organizations called COVAX, authorities should prioritize giving a COVID vaccine to those most vulnerable to the virus—health care workers, the elderly, and those with underlying health conditions. This will reduce deaths and alleviate stress on health care systems.

Yet, if we vaccinate only the most vulnerable, the virus will continue to sweep through large swaths of often asymptomatic young people in some of the world’s most populous nations.

Evidence for the importance of a successful vaccination program came in September, when a study was published in Science about rates of infection in young people in India. They are getting COVID at a much higher rate than are young people in the U.S. That translates into widespread infection, because India’s median age is 28, with only 6% of the population defined as elderly. In the U.S., however, the median age is 38, and 17% of the population is 65 or older.

Infections without symptoms have consequences. With wide asymptomatic spread, there will be more mutations and more risk that the virus will become permanent. Coronaviruses mutate far more slowly than influenza viruses do, but the opportunity increases with each new person infected.

By failing to swiftly vaccinate the world’s billions of young people, and allowing them to become infected, we could inadvertently nurture a new pandemic. A mutated virus could become an entirely new disease that sidesteps the vaccines now under development and whatever progress we have made toward herd immunity.

Global vaccination must be done in a brief time frame to make sure the virus doesn’t significantly mutate and thus evade our grasp. We will all get lifetime immunity not by having a perfect vaccine, but by vaccinating so many of us that the virus has no hosts and fades away.

As impressive as vaccine development and production efforts have been to date, they will fall well short of achieving herd immunity through inoculation because of a shortcoming on the most basic level: production.

To understand the scale of the challenge, consider that production of the annual influenza vaccine tops out at 1.5 billion doses each year. From their public statements, it looks like the main companies in Phase III clinical trials—Moderna, AstraZeneca, Johnson & Johnson, and Pfizer/BioNTech—could together make only enough to inoculate 2 billion people by the end of 2021, less than a third of what is needed.

Even these projections are highly optimistic. In the unlikely event that all the vaccines currently in clinical trials are approved, supply chain constraints will hamper output. Manufacturers will be competing for the limited supply of critical components, including biological raw materials like nucleotides and enzymes as well as more mundane supplies such as vials and caps.

Once produced, delivery presents its own set of challenges. Pfizer/BioNTech’s vaccine, assuming that it passes the final regulatory hurdles, requires extreme-cold storage at minus 80 degrees Celsius. An extreme-cold chain may be feasible for the U.S. and other countries that can afford to pay thousands of dollars per dose, but this is not a viable solution for China, Mexico, Brazil, Nigeria, India, or Indonesia. Of the leading vaccine contenders, only the one from Johnson & Johnson doesn’t require special treatment during transportation.

To overcome this cold chain challenge, we need vaccines that can be manufactured locally, delivered with minimal refrigeration, and administered with basic health care infrastructure. And to do that, we have to think more broadly about vaccine production and investment.

The large initial investments were made in the U.S. and the U.K. Now we must invest in companies around the world that can use technology that can easily manufacture a virus—and cheaply. We have the capability to do that with messenger RNA, which translates DNA into proteins that mimic the proteins found on the coronavirus and help the body build immunity.

Once we can assure local production, we can figure out creative delivery solutions. We could put small refrigerators in Coca-Cola and other delivery trucks. As they resupply corner stores in remote villages, they could deliver vaccines. Teachers and religious leaders could be trained to administer it.

Getting down that last dusty mile to achieve vaccine-led herd immunity requires rethinking our approach and harnessing the combined intelligence, skills, and creativity of private companies, health authorities, and nongovernmental organizations around the world. Unless we do that, quickly, all this pain and effort will be wasted.