The pandemic is creating an ambition gap among working women 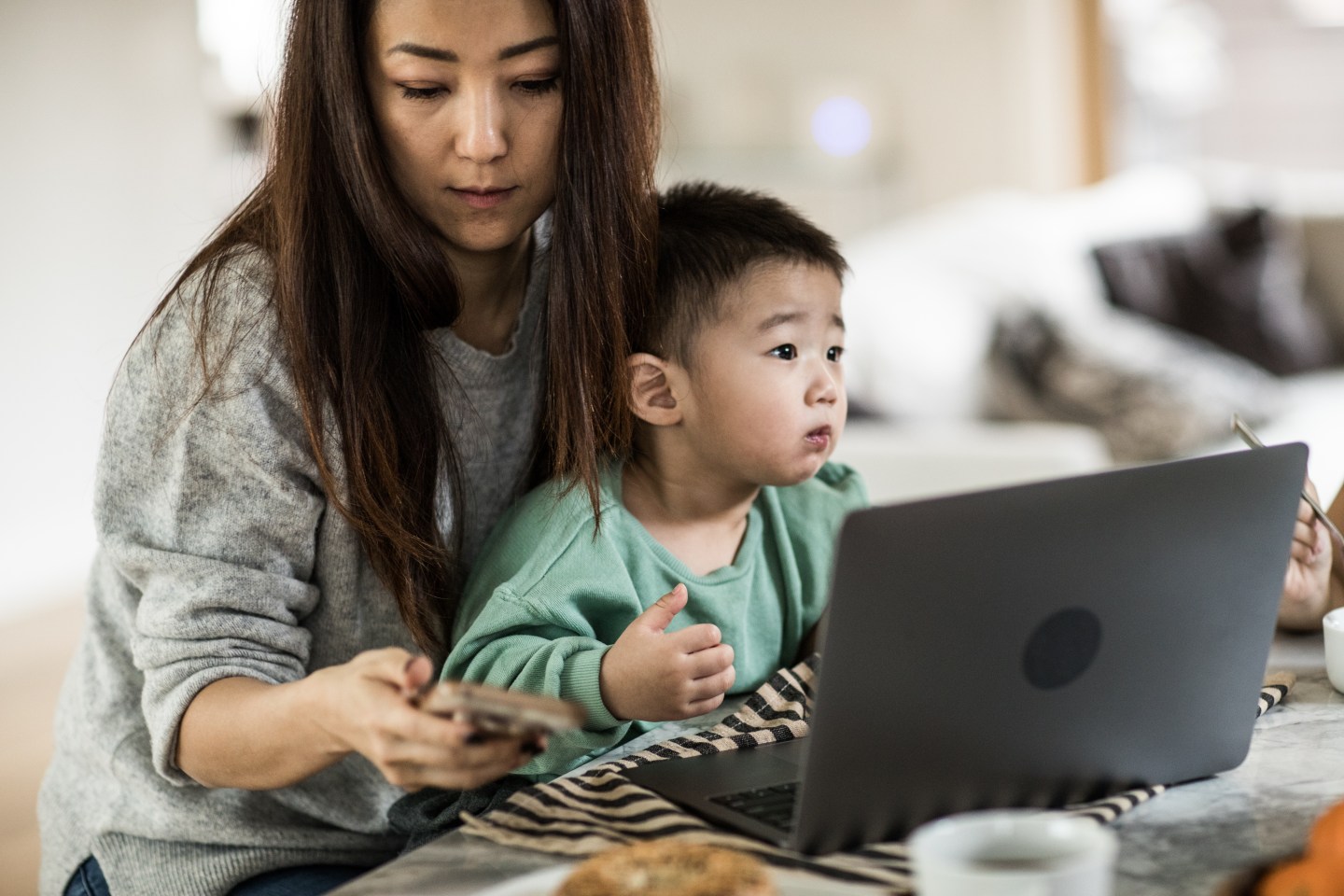 Women are facing new demands from work and family amid the pandemic.
Getty Images

Good morning, Broadsheet readers! AMD makes a major acquisition, the Justice Department won’t represent Trump against E. Jean Carroll, and the pandemic may be creating an ambition gap. Have a reflective Wednesday.

– Lose some, win some. We have some good news and some bad news from the world of professional women this morning.

Let’s start by ripping off the bad news band-aid. We know the fallout from the pandemic is wreaking havoc on women and their careers. Now, a steady drumbeat of research is emerging to help us take stock of the damage. The latest is a new study from Deloitte that debuted this morning. It finds that a full 70% of the women who say the pandemic has negatively impacted their lives (I would love to meet the ones who said it hasn’t!) are particularly concerned about their ability to continue to progress at work.

For the vast majority of the nearly 400 women who responded to Deloitte’s survey, it’s not that they don’t expect to have opportunities to advance. But as home responsibilities (chores, caregiving, remote school) mount, 60% said they’re questioning whether they want to progress, given what they believe they will need to accomplish in order to move up. One big factor: Almost half said they feel the pressure to constantly be available for work.

So, while we’re been focused—for good reason—on the women who feel that the pandemic is forcing them to choose between their jobs and their families, we should not lose sight of this additional threat: that many women will stay in the workforce but stagnate, sacrificing their ambition at the altar of COVID-19.

That was cheery! Okay, on to some more positive news. Tapestry, parent of Coach, Kate Spade, and Stuart Weitzman, has made it official with interim chief exec Joanne Crevoiserat, naming her CEO, effective immediately.

Tapestry is on the Fortune 500, but Crevoiserat’s appointment won’t change the total of female CEOs in that cohort—it stands at 37—since we include interim CEOs in our count. That said, it should be noted that the interim job is in no way a guarantee of scoring a permanent seat in the corner office, so while we don’t get to add a fresh hash mark to the tally, her achievement is progress nonetheless.

- All about AOC. Rep. Alexandria Ocasio-Cortez is on the cover of Vanity Fair, accompanied by a definitive profile on her rise—and her future in politics. "I don’t see myself really staying where I’m at for the rest of my life," the congresswoman says of a long-term career in the House. Vanity Fair

- Chip off the block. Advanced Micro Devices, the chipmaker led by CEO Lisa Su (No. 32 on Fortune's Most Powerful Women list) announced a deal paying $35 billion in stock to acquire Xilinx. The deal would be the second most-valuable in chip-industry history. New York Times

- A no-go for Justice. A federal judge sided against the Justice Department in its highly unusual attempt to intervene on behalf of President Trump in the defamation lawsuit he faces from E. Jean Carroll, the writer who has accused him of sexual assault. Trump has denied Carroll's claims; the lawsuit at hand claims that, through those counterclaims and denials, Trump harmed her reputation. NPR

- Shining star. Kristal Hansley, the CEO of WeSolar, is the first Black woman to launch a solar energy company. With its community approach, WeSolar aims to lower energy costs for low- and mid-income families. Vogue

MOVERS AND SHAKERS: Ankhi Das resigned as public policy director for Facebook in India following a controversy over links between senior Facebook staff and India's ruling party; Das herself had been pressured by activists to resign after she shared an anti-Muslim post on her own Facebook page. Facebook denies that Das's departure is related to these incidents. The New York Times promoted Carolyn Ryan to deputy managing editor. Variety promoted Michelle Sobrino-Stearns to president and group publisher. Former HP exec and current Hewlett Packard Enterprise Company board member Ann Livermore joins the board of indoor farming company Plenty.

- Increasing access. At the Fortune Global Forum, we heard from Land O'Lakes CEO Beth Ford on one of her core issues: access to broadband in rural areas. Teachers in the communities where Land O'Lakes works with farmers have had to drive out to farms to deliver homework by hand during the coronavirus pandemic, Ford says. Fortune

- The future is cashless. The COVID-19 pandemic has sped up the shift to contactless payments and e-commerce, says Visa Europe CEO Charlotte Hogg. The results are especially clear in places like Europe where cash has, until recently, continued to dominate. Fortune

- Air innovation. AirAsia was one of the first airlines to pivot to make it through the pandemic. The regional airline is focusing, says AirAsia.com CEO Karen Chan, on serving domestic travelers and working with governments to create channels between select countries, like a recent Malaysia-Singapore travel agreement. Fortune

What counts as race discrimination? A suit against JPMorgan is a test New York Times

Rep. Ilhan Omar and Isra Hirsi on the future of politics and 2020 Teen Vogue

-Chrissy Teigen, writing about her experience of pregnancy loss