Will a 6-3 conservative Supreme Court roll back regulations on business? Not so fast 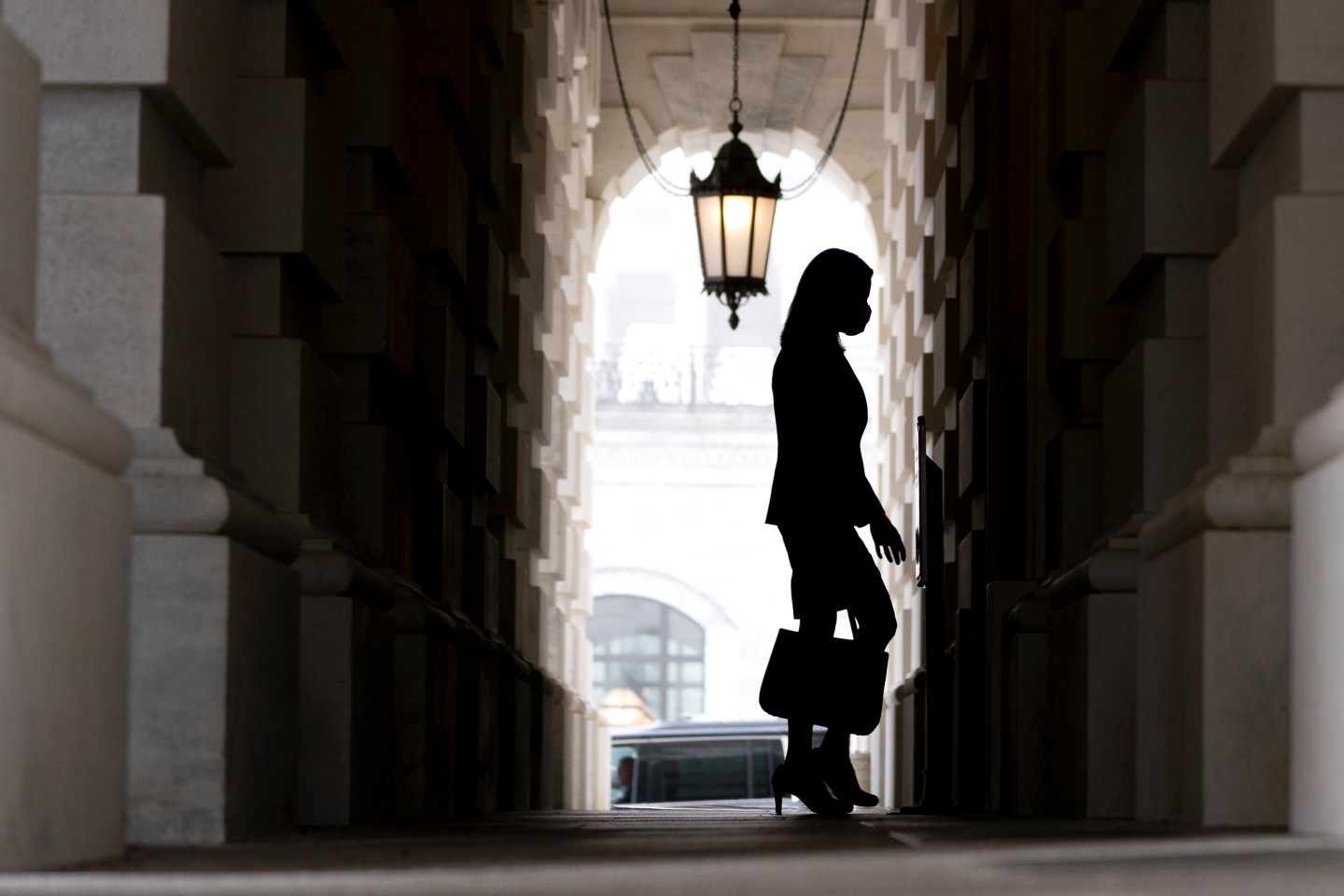 Judge Amy Coney Barrett arrives at the U.S. Capitol for meetings with Senators on Oct. 21. Her addition to the Supreme Court won't make that body much more likely to roll back federal regulations, at least in the short term, writes Mark Tushnet.
Stefani Reynolds—Getty Images

With Monday’s confirmation by the Senate of Amy Coney Barrett, the country will soon have a Supreme Court with six Justices nominated by conservative presidents. What can we expect from that court when it comes to regulation of business and the economy?

We know that conservative Republicans—including the judges they nominate—don’t like extensive economic regulation. So, we’d expect the Supreme Court to look at regulations with a skeptical eye. But for multiple reasons, a more conservative high court is likely to have less impact on deregulation than liberals fear or that libertarian conservatives hope—even if President Trump is reelected.

The major tool used to deal with national regulations is the Administrative Procedure Act (APA). The APA sets out the procedures the national government has to use when it regulates—or, as the Trump administration found to its dismay, when it deregulates. It also requires that every regulation has to be rooted ultimately in a statute Congress has passed.

On the procedural side the APA can be used against government agencies that fail to cross all the t’s and dot all the i’s the courts find in the APA. We can expect the 2021 Court to accept looser procedures than recent DACA and Census decisions suggest. And, of course, good administrative lawyers can show that they really care about all the t’s and i’s, which might incline the Court not to unexpectedly add new ones.

Sloppy lawyering doomed many Trump administration regulatory and deregulatory efforts. Good administrative lawyers can guide their government clients through the APA’s procedural thicket. When they do, APA-based procedural challenges to new regulations won’t get far—which means that the 2021 Court might well uphold regulations that conservative judges dislike on the merits.

Who turns laws into rules?

Administrative law does limit what agencies can do no matter how careful they are procedurally. Some statute has to authorize the regulations. The doctrine the Supreme Court applies has several prongs. Congress can prescribe the regulation— “phase out the use of some specific pesticide over a three-year period”—and leave it to an administrative agency to work out the details, like how much has to be decreased each year.

Here we’re in a period of doctrinal uncertainty. The formal term is “nondelegation.” For about a century all Congress had to do was pass a law that gave agencies an “intelligible principle” to use when they filled out the details. Recently conservatives have argued that that’s not good enough, though they haven’t yet come up with a decent alternative. What might be emerging is a rule that Congress itself has to resolve “major questions,” though again what counts as “major” isn’t clear from the opinions using that language.

Going forward Congress might be able to decide the major questions—think about what’s in the Green New Deal, for example. Sometimes, though, the need to compromise to get a big statute enacted will lead to compromises that fudge on some major issues, and the Court might say that agencies couldn’t deal with those details on their own.

Doctrine dealing with statutes already on the books is more complicated. Those statutes might have been written with the older “intelligible principle” rule in the background, and they might be vulnerable to the new nondelegation doctrine. What’s more, suppose the Supreme Court agrees that the agency is simply working out the details. That agency still has to act on the basis of what the statute says. And sometimes—maybe often—statutes aren’t completely clear. Since at least the 1970s the Court has allowed agencies to implement any reasonable interpretation of their unclear statutes even if the judges themselves would interpret the statutes differently. This doctrine is called Chevron, after the first major case laying it out.

Here too, conservative jurists have challenged the doctrine. They argue that under our system courts, not agencies, are supposed to interpret statutes. And, they worry, agencies try to push the envelope—stretching the words in old statutes to let them adopt innovative regulations that no one previously had thought of.

If and when gridlock ends

One thing about the new nondelegation doctrine and the challenge to Chevron: Conservatives were attracted to them because they provided a weapon against regulation in an era of gridlock. New statutes dealing with “major questions” have been rare (Obamacare is basically the only exception over the past fifteen years), and Chevron mattered when agencies stuck with old statutes tried to use them innovatively, as in the Obama administration’s Clean Power initiative.

If gridlock breaks, the doctrines that conservatives have developed might not stand in the way of new and quite extensive regulations.

What the Constitution doesn’t say

There’s one last piece of the picture. For almost a century it’s been quite difficult to mount successful constitutionalchallenges to economic regulations. The Constitution’s provision barring a taking of property without just compensation did a little work, and a requirement that all statutes have some rational basis did a little more. Recently there’s been an uptick of conservative interest in strengthening those doctrines by requiring that judges decide whether a regulation actually promotes some general public interest.

Conservatives have been divided about the wisdom of insisting that judges look in some detail at whether a regulatory statute actually does any good. But, even if this so-called judicial engagement increases, it’s going to let judges invalidate some silly cartel-protecting laws (licensing for florists and makers of burial caskets, for example), but leave important regulations untouched.

Beefing up “takings” doctrine is also pretty difficult. It’s not hard to come up with a coherent alternative to existing doctrine, but the main candidates have the feature, attractive only to libertarians but not to other conservatives, of threatening enormous swathes of the modern state. And there doesn’t seem much in between: Either the Constitution is libertarian, or the takings doctrine can limit the regulatory state only slightly more than it already does.

Now the qualifications. Most important, perhaps, is that new political circumstances can lead people to rethink their prior conclusions about what the law requires. The doctrines conservatives have been advancing for several decades worked well, from their point of view, with Republican presidents and a gridlocked Congress. If they start to work badly with Democratic presidents and an active Congress, conservatives will almost certainly start to reconsider their positions – and, I stress, the rethinking will be sincere: New circumstances, everyone agrees, change the context in which law operates, and principles should respond to their context.

Recent developments have driven home the point that things change unpredictably. We can’t assume that the Court that exists on January 21, 2021, will have the same members over the next few years. And we don’t know who might leave and what kind of judge will be the replacement.

That’s important for a couple of reasons. Students of the Supreme Court have shown pretty clearly that it takes somewhere between three and five years for a new justice to get her “sea legs”—that is, to get comfortable with the entire range of things a justice has to do. And that’s true even of judges who come to the Court with a fair amount of prior experience as judges. The effect is that every new justice seems to be more moderate in the first few years than she’ll turn out to be—whether liberal or conservative.

And it takes a while for issues to get to the Supreme Court. Of course challenges to new statutes can’t be brought until the statutes are enacted. And even where issues have been rattling around in some form for a while, getting them in shape for a Supreme Court decision takes time—along with strategizing by interest groups and, importantly, by the justices themselves. We know that Roe v. Wade has been hanging by a thread for years, but the cases that the high court has dealt with haven’t required it to cut the thread, and the justices have figured out ways of dealing with the cases without facing up to Roe itself.

The flip side of all this, though, is that the justices can reach pretty much any question they want to—but we have to know not just what they think about the issues, but what they want to do on any given Monday. And that’s something we really can’t tell in advance.

The bottom line? A Supreme Court inclined against economic regulation is working with a doctrine that doesn’t give them a lot of room to go with that inclination, if a future Congress and President get their pro-regulation act together.

Mark Tushnet is professor emeritus at Harvard Law School and the author of Taking Back the Constitution: Activist Judges and the Next Age of American Law.