Impossible Foods enters grocery stores outside the U.S. for the first time 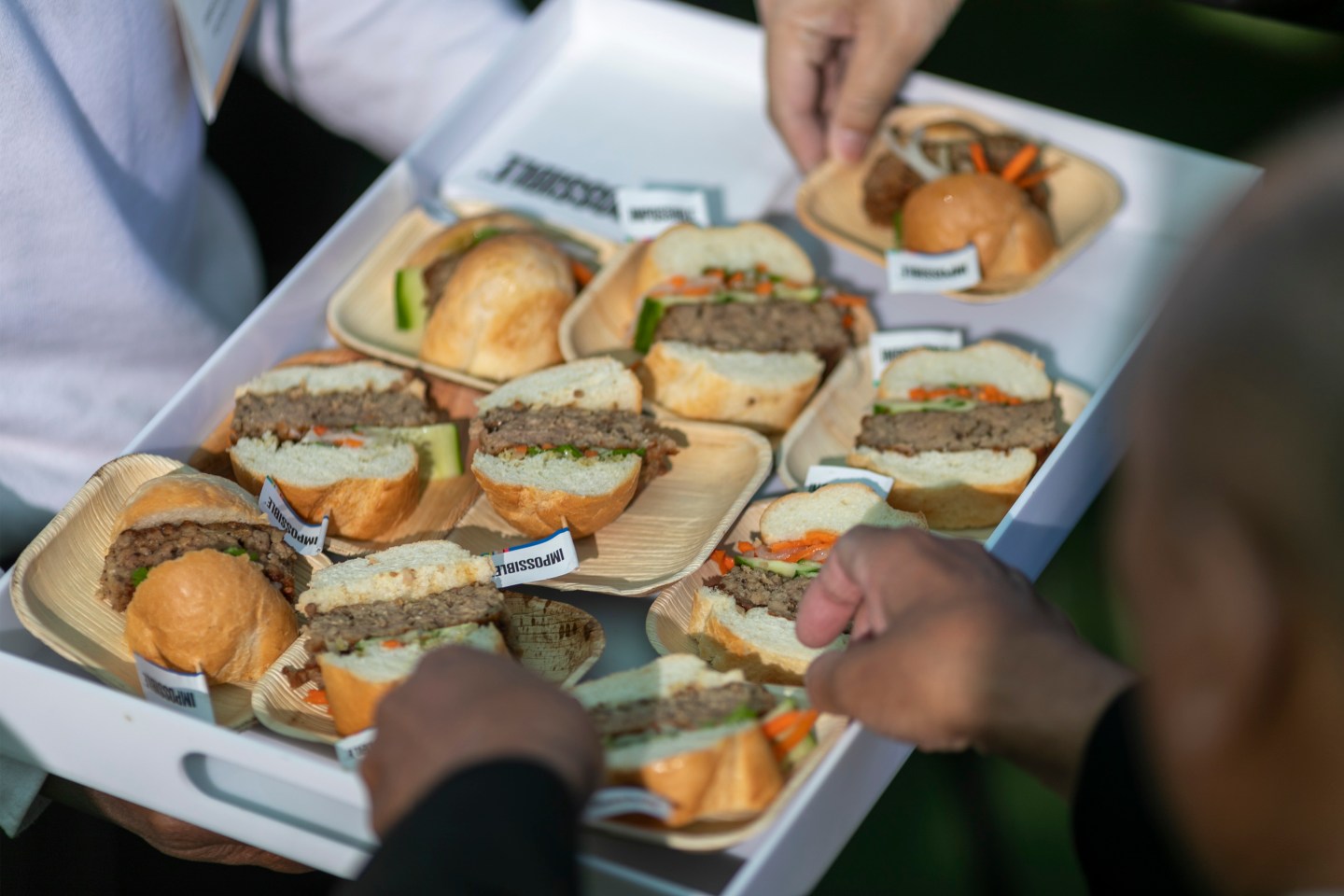 Impossible Foods’ plant-based meat is available in grocery stores outside the U.S. for the first time.

The company’s flagship imitation beef product went on sale in 200 supermarkets across Hong Kong and Singapore on Tuesday. Impossible’s products are already available in restaurants in both regions.

The new markets underscore how important Asia will be for Impossible’s global expansion. The continent is responsible for 44% of the world’s meat consumption.

“Our mission is to replace animals in the food system with a much more sustainable way of producing meat, fish, and dairy goods,” said Nick Halla, senior vice president for international at Impossible Foods. “In order to do that we knew we had to start in Asia very quickly.”

By launching grocery store sales in Hong Kong and Singapore, Impossible is inching closer to what it sees as the ultimate prize: entry into the mainland China market. The mainland accounts for 28% of global meat consumption, the largest share of any one country, though China’s per capita meat consumption is half the U.S. rate.

“We’ve been working on the mainland China market for a while,” Halla said. “China is a huge market for us and entirely essential to create a real sustainable food system.”

The California-based firm’s burgers debuted in mainland China at the International Import Expo in Shanghai last November, but the company hasn’t yet received regulatory approval to sell its products, which contain genetically modified yeast.

Impossible plans to build “a full ecosystem of production” in mainland China with the eventual aim of making its products from scratch in-country rather than importing them, Halla said.

China depends on imports for much of the meat its citizens consume, and plant-based alternatives could be essential to the country achieving self-sufficiency in meat supply, Impossible Foods’ founder and chief executive Patrick Brown said at the Fortune Global Sustainability Forum in September 2019. Self-sufficiency is a strategic priority for China with other commodities, including semiconductors and energy.

Impossible has raised around $1.5 billion since its 2011 launch, including $200 million in its latest round of funding in August, and plans to branch out beyond faux ground beef to develop alternatives to animal products like milk and steak. It’s valued at an estimated $4 billion.

Other plant-based startups also have an eye on expansion into China, where consultancy Euromonitor estimates that the “meatless” market will grow from $9.7 billion in 2018 to almost $12 billion by 2023.

Hong Kong–based startup Green Monday, which sells a meatless pork alternative called Omnipork, launched in mainland China in November 2019. U.S.-based Beyond Meat launched in China in April, and said in September it is constructing two manufacturing facilities near Shanghai that will be fully operational by early 2021. These companies’ products do not include genetically modified components, so they don’t need to go through the same regulatory process as Impossible.

Halla says Impossible Foods sees animal-meat producers, not other plant-based producers, as “our only competition.”

“Everyone else that’s driving a system of conversion [to plant-based foods], keep pushing forward the movement,” Halla said. “We need to transition this as fast as we possibly can.”