More CEOs must stand up to protect our democracy 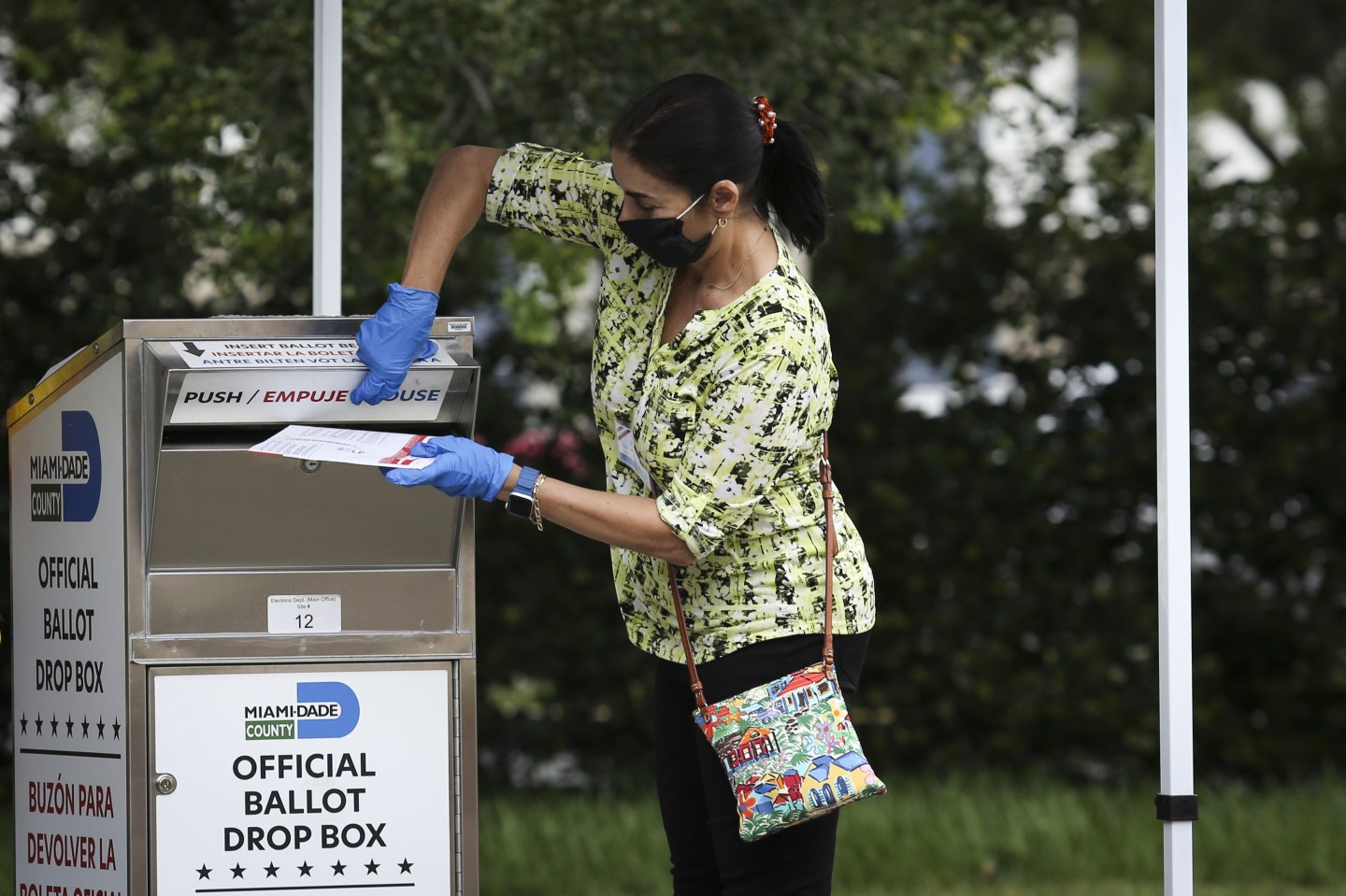 An election official places a mail-in ballot in a drop box in Miami. The CEOs of America’s biggest companies must speak out against threats to election integrity and the peaceful transfer of power, writes Bennett Freeman.
Marco Bello—Bloomberg/Getty Images

Last week, a group of business leaders, mostly from technology companies and investment firms, issued an unprecedented statement supporting democratic elections amidst the current crisis. The need for such an extraordinary statement from an unexpected quarter reflects the atmosphere of doubt and fear that prevails as voting is underway. Efforts to delegitimize voting by mail, threats to intimidate voters at polling places, and other insidious forms of voter suppression have all challenged the integrity of the electoral process.

For these reasons, the signatories of the Leadership Now Project statement felt compelled to declare that “the health of America’s economy and markets rests on the founding principles of our democracy: elections where everyone’s vote is counted.” The three principles that they propose for the conduct of the elections are striking in their simplicity but shocking for their necessity: “ensuring that every vote will be counted”; urging the media to “take caution and avoid calling the election prematurely”; and calling on business leaders to “promote patience and civility.”

Their call is not too late. But it is too little in two critical respects.

First, the statement fails to address explicitly the corollary issue alongside the integrity of the election: the peaceful transfer of power if the outcome requires one. President Trump pointedly refused to commit to such a peaceful transfer in the Sept. 29 debate with Democratic presidential nominee Joe Biden, as did Vice President Pence in the Oct. 7 debate with vice presidential nominee Kamala Harris. Trump finally said when pressed at the NBC town hall last Thursday that he would accept a peaceful transfer of power, but he continued to claim widespread voter fraud and cast further doubt on the integrity of the election.

Trump certainly left the impression that he may contest the election, even if not close, and his signal to extremist followers in the first debate to “stand back and stand by” remains a threat. Equally threatening are his continued calls to “lock up” and prosecute his political opponents as recently as Saturday at a campaign rally in Muskegon, Mich.

Adding to the atmosphere of uncertainty last week, Supreme Court nominee Amy Coney Barrett declined to indicate her unequivocal support for a peaceful transfer if she were to sit on the court with that issue before it. The turmoil that would befall the country, let alone the economy and the financial markets, in such a situation would be a nightmare that should concentrate the minds of business leaders regardless of party or ideology.

Second, conspicuously absent among the signatories of last week’s election-integrity declaration are any current CEOs of Fortune 500 companies, or any senior executives or directors of any of the biggest companies in Corporate America or any of the biggest firms on Wall Street. Yet the stability and prosperity of every industry, every sector, every company of all sizes—but especially the largest—is on the line. Their leaders too must understand the “significant risks to business and markets in an already fragile economic environment” that the statement emphasizes.

The most prominent business leaders should lend their names and weight to this declaration—and better yet, extend its scope to address the imperative of the peaceful transfer of power, if the outcome produces a change in administration, as well as the integrity of the election itself. The Business Roundtable, the group of the largest companies and prominent CEOs in Corporate America, has been admirably addressing “corporate purpose” over the past year and made important commitments to address historic racial injustice this week. Its purpose must now extend to the defense of American democracy itself.

American business leaders should recognize that they have an existential stake in the rule of law and accountable governance, in our civil rights and liberties, and ultimately in the credibility and durability of our democratic institutions that protect us from autocracy. Any dispassionate risk assessment of the last several weeks of the campaign—whatever else corporate leaders think of the events of the last several years—would lead to the conclusion that those fundamentals cannot be taken for granted.

Business leaders normally and understandably want to “stay in their lane” during presidential elections, even as many contribute to and some even endorse a candidate. But the current abnormal situation has crossed into their lane. Speaking out to avoid a fatal crash for American democracy is their responsibility too: to their employees and retirees; business partners and local communities; shareholders and other stakeholders. Meeting this responsibility would be an act of no-nonsense nonpartisanship.

If that crash happens, there will be grave consequences not only for the U.S. but for democracies everywhere.  There will also be equally severe risks for U.S. multinational corporations—and those who depend on them—as their leaders try to navigate an even more turbulent and dangerous world.

Bennett Freeman is a consultant for multinational corporations on international labor and human rights. He was formerly a senior vice president at Calvert Investments and was deputy assistant secretary of state for democracy, human rights, and labor in the Clinton administration.