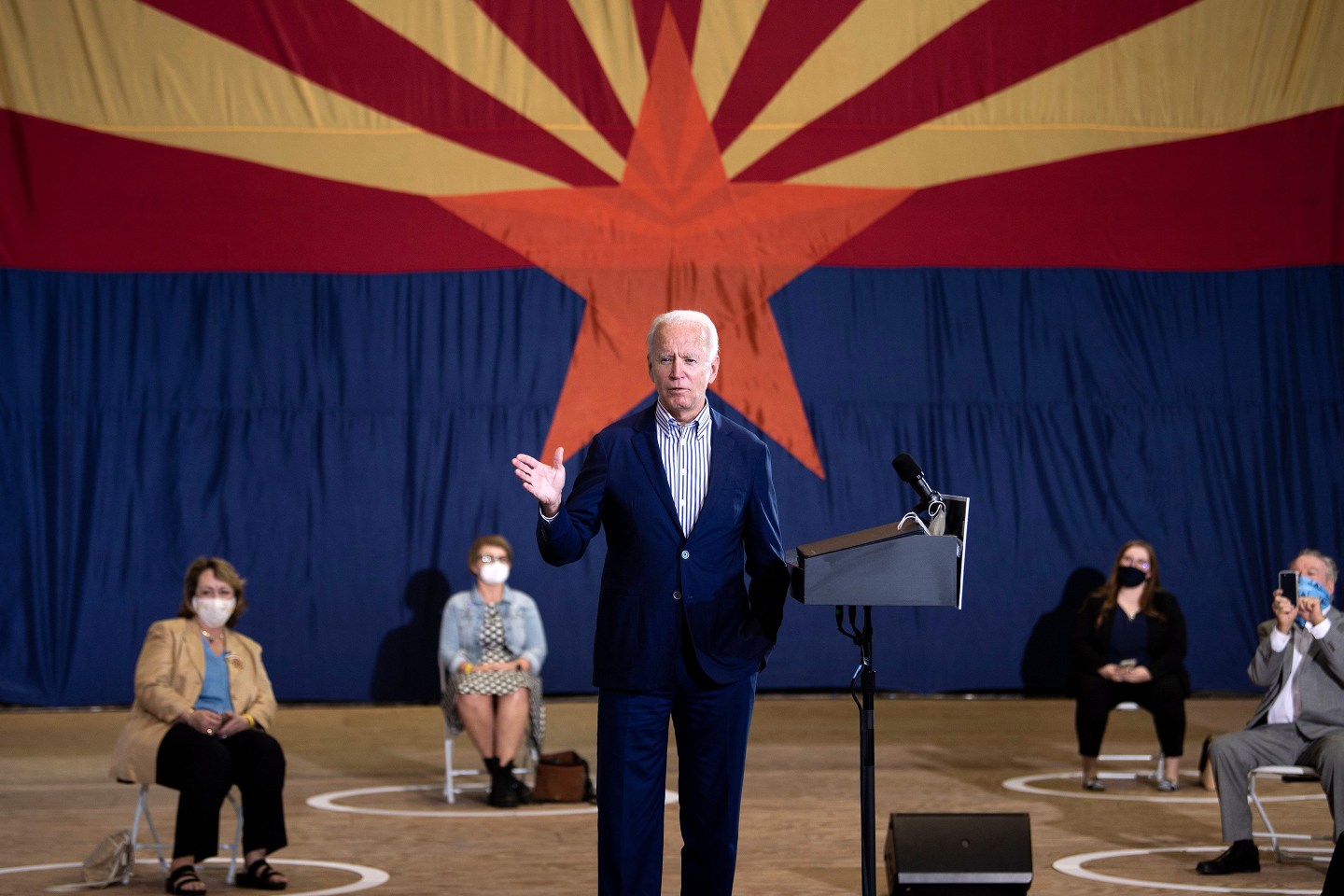 President Trump has waffled on whether to participate in negotiations over fresh relief funding to stimulate the economy and provide desperately needed support for millions of Americans reeling from COVID-19. Coming in the wake of a weak jobs report and stalled recovery, his refusal to make a deal delivers a devastating blow to American workers and those who have lost their jobs.

This is just the latest setback in a four-decade economic decline of America’s middle and working class. While workers saw some real improvements under the Clinton and Obama administrations, few structural reforms were made to prevent these gains from being erased by the economic crashes, attacks on unions, and concentration of corporate power under subsequent Republican leadership.

Should he prevail on Nov. 3, Joe Biden and his administration would have a chance to fix that. The horrific human and economic costs of COVID have catalyzed an unprecedented movement of traditional and new worker organizing. Incremental asks have been replaced with demands for comprehensive reforms that raise wages and salaries, curb suffocating cost spikes for childcare and prescription drugs, and shift power to workers and consumers.

These movements—along with the daunting economic realities of the scale of recovery required—are creating a permission slip for much bolder, worker-centered economic reforms under a Biden administration than were possible under Obama. Those of us who served in Congress at that time paid a political price for not delivering enough tangible results to working families before the 2010 midterms. These reforms need to be delivered early and powerfully enough to be felt by families across the country as soon as possible.

Here are three things a new administration could do to significantly improve the lives of working people in this country:

First, expand paid leave. Four out of five workers have no paid family leave benefits and 32 million don’t even have the ability to take a single paid sick day—in the midst of an outbreak that has infected millions of people. The House passed expanded leave benefits as part of its HEROES Act in May, but that second stimulus package has been stalled in the Senate for months, with no relief in sight. A Biden administration could build on the HEROES Act to ensure all workers have access to paid leave—and that no one should have to choose between their health and their job.

Second, strengthen worker protections. Legislative proposals such as the Essential Workers Bill of Rights and the Protecting the Right to Organize (PRO) Act would ensure that employees earn a living wage, guarantee that personal protective equipment is provided to those who need it, and shore up collective bargaining rights, among other benefits. A future Biden administration should extend such benefits to the care economy, ensuring that domestic workers—including home health workers who look after the young, the old, the infirm, and the disabled—enjoy the same kinds of protections as workers in other sectors.

Third, ensure that any economic recovery plan seeks to rebuild the American dream back better, greener, and more inclusive than before. This means addressing kitchen table expenses like prescription drugs, college, and childcare. It also means addressing the structural barriers to opportunity, particularly for communities of color.

Championing reforms that improve the lives of workers is not only good policy but good politics—particularly plans to address the disproportionate burdens imposed on women, immigrants, and people of color. The upcoming Presidential election will be decided by hard-working Americans’ perceptions of which candidate will work for them. And the midterms of 2022 will turn in no small measure on how well the next administration looks after their interests.

Voters are smarter than pundits think. They are asking right now and will ask again in 2022: Did this candidate fight for me and my family? Did they make my life a little easier? A candidate who did so is likely to win, and if Biden can deliver on that agenda, he’ll lead a party that keeps on winning.

Tom Perriello is the executive director of Open Society-U.S. and a former Democratic congressman from Virginia.