Why America’s volunteer spirit could save the election 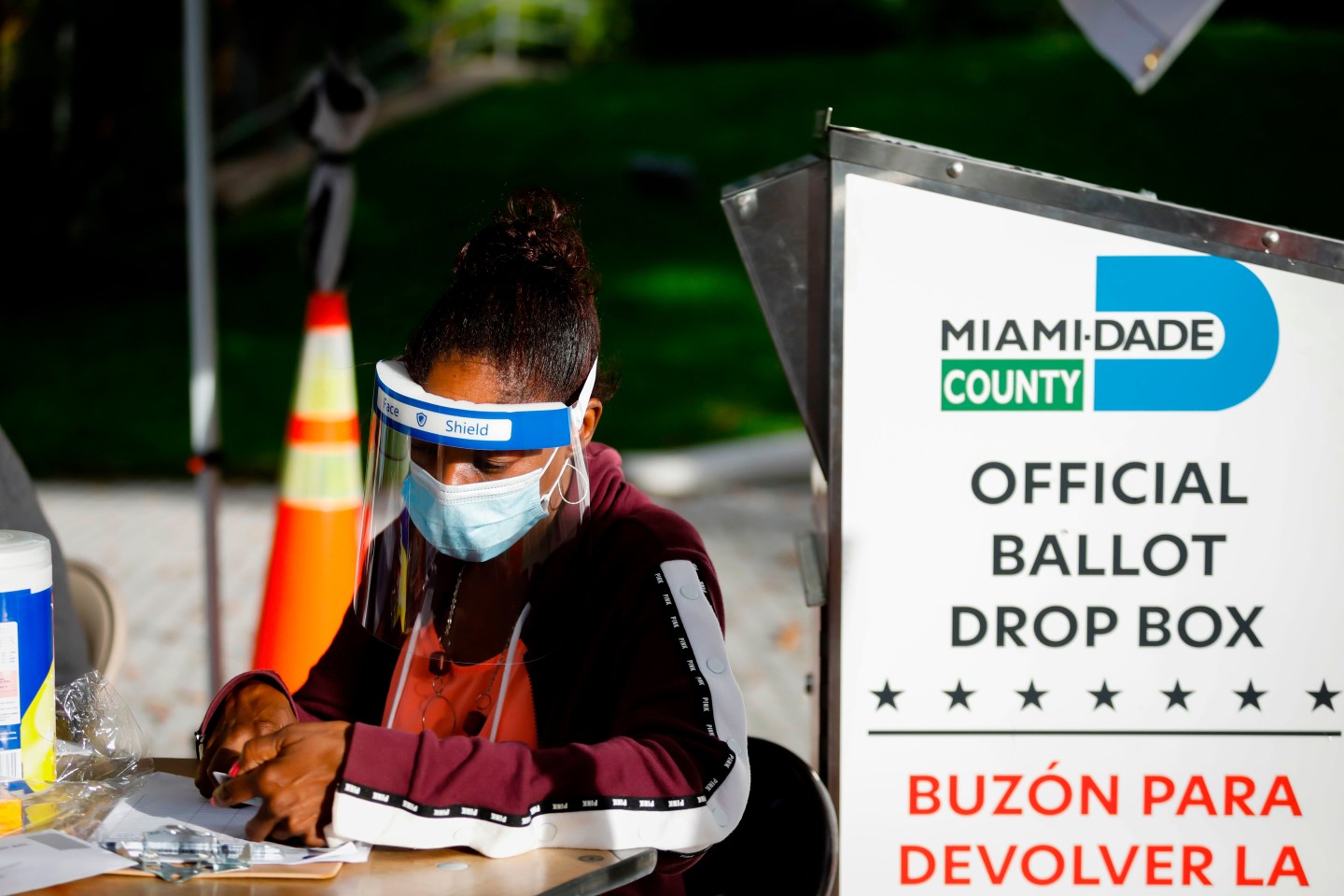 A poll worker at a ballot drop box in Miami Beach on Oct. 19, 2020. Companies are empowering employees to volunteer at polls and take paid time off to vote in the upcoming election, writes Jeffrey Sonnenfeld.
Eva Marie Uzcategui—AFP/Getty Images

Regardless of anyone’s political leanings, the elevated hostility this election cycle has most Americans shuddering. American democracy is endangered by the specter of partisans pressuring voters at polling places.

But there is a silver lining: People on all sides of the aisle are protecting the election process, with the encouragement and support of various entities.

Numerous organizations support a fair and free election process where all people have a chance to vote. These include the Aspen Institute, NAACP, ADL, Business Roundtable, Civic Alliance, and When We All Vote. They are joined by high-profile companies like Amazon, Starbucks, Deloitte, Johnson & Johnson, and Dow.

General Motors, for instance, has been giving employees flexible time off to vote, voting information, and opportunities to do volunteer work since September. CEO Mary Barra said of these efforts, “We consider these to be best practices, which we encourage more companies to adopt.”

PepsiCo has implemented a similar program, encouraging citizen engagement in the political process with a nonpartisan video message sent from top leaders to employees on how this election is unique.

Many major law firms, such as Paul Weiss, have joined their clients to provide hundreds of election day volunteers. Brad Karp, chairman of Paul Weiss, said, “With the threat to safe, free, and fair elections greater now than at any time since Jim Crow, we are encouraging our lawyers and staff to protect the right to vote, prevent the intimidation of voters exercising that right, and safeguard the rule of law and our democracy.”

Civic engagement programs at universities and colleges nationwide have allowed thousands of students to join this volunteer effort.

These organizations don’t only share lofty mission statements; they also promote concrete initiatives such as paid time off to vote or to volunteer at the polls, as well as technological efforts to reinforce integrity in campaigning and the election process. As a result, more than a million employees have paid time off to vote and more than a half a million are encouraged to work as volunteers at the polls on election day.

Almost as impressive as the participating companies and numbers of volunteers recruited is that these initiatives work in complementary ways. Rather than compete with grandiose ambitions, their websites reference each other and connect voters to secretaries of state and election registrars around the nation.

Such a stance benefits companies. A new Morning Consult survey found that over six in 10 adults would be more proud to work for a company if it gave them time off to vote or advocated for safe and free elections.

As we turn to business to help provide guardrails, there is good precedent for such corporate statesmanship. Forty years ago, Business Roundtable pioneer, Irving Shapiro of DuPont, rejected the ideas of free-market fundamentalist Milton Friedman, who was channeling Friedrich Hayek by way of Adam Smith. Shapiro told me in a 1981 interview:

“Most businessmen are sensible and rational people. They recognize that they’ve got to meet the needs of our society or they’re not going to be successful. Free enterprise is a slogan. It means different things to different people. You pour your own meaning into it. I don’t know anybody who really believes in dirty air or dirty water. I don’t know anybody who believes that you ought not to have safety in your plants—that you ought to be indifferent to accidents or death and so on. And so I would make the case that we must get rid of the adversary approach and simply say we have a common objective.”

Perhaps Friedman did not read Alexis de Tocqueville, but Shapiro did, and knew that Tocqueville’s 18th-century image of American capitalism embraced community contribution.

Social capital matters to capitalists. The selfless civic engagement we see this season is to be applauded, as fortifying democracy becomes the business of American business.