She was one of the world’s few female bank CEOs. Now she’s founding a fintech venture group 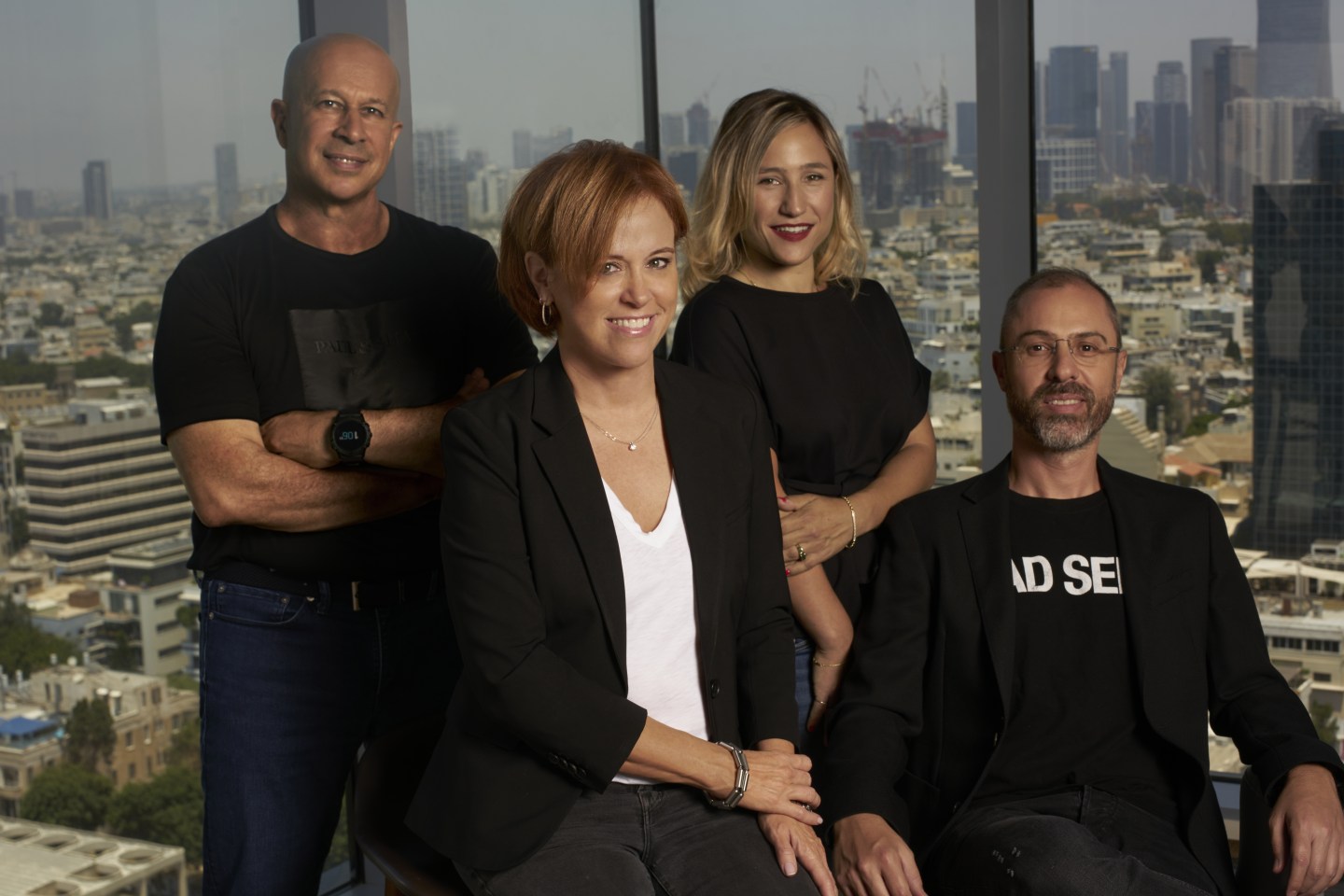 For Rakefet Russak-Aminoach, part of being a good leader is knowing when to leave.

The former president and CEO of Bank Leumi, Israel’s largest bank by market cap, says no chief executive “should sit in their chair for dozens of years.”

It was partly for that reason that Russak-Aminoach, now 54, announced she was leaving Leumi in June 2019 and giving up her prominent role as one of the world’s only female bank CEOs.

“Leaving after a certain amount of time is part of [being a] role model,” she says.

Subscribe to The Broadsheet, a daily brief for and about the world’s most powerful women, delivered free to your inbox.

At the time, she didn’t give a reason for her resignation, but in an interview with Fortune earlier this month, she provided more context for her departure and revealed what she’s doing next.

On Tuesday, Team8, a Tel Aviv- and New York-based venture group backed by Microsoft, Walmart, Barclays, and Moodys, announced that Russak-Aminoach will be one of the leaders of its new arm, Team8 Fintech. She will be joined by two fintech founders, Yuval Tal of payments company Payoneer, and Ronen Assia of eToro, a social trading network and multi-asset brokerage. Both fintech startups are unicorns—industry slang for private companies valued at $1 billion or more. Galia Beer-Gabel, PayPal’s former head of business development in Eastern Europe, Israel, and Africa, is also joining the Team8 Fintech founding team.

Alums of Israel’s elite intelligence group Unit 8200 (similar to the U.S.’s NSA) launched Team8 in 2014 to build cybersecurity companies; the firm has since expanded with a venture capital arm and now a fintech division. (Russak-Aminoach says she first connected with Team8 co-founder, Nadav Zafrir, when she enlisted him for help after hackers tried to blackmail Bank Leumi.)

The new fintech division will build on Team8’s foundry model in which it partners with entrepreneurs to co-found new companies that receive Team8 funding. Team8 Fintech’s mission is B2B and B2B2C. Russak-Aminoach says a primary goal is to build startups that incumbent firms can tap as they work to go digital. That means the startups don’t have to acquire brand new customers, which can be a lengthy and expensive process.

“Our idea is let the customers be served where they are,” Russak-Aminoach said.

The first company Team8 Fintech is building will provide an engine to evaluate credit risk of small- and medium-sized enterprises in e-commerce. The division plans to co-found five to six companies over the next five years and invest $5 million to $8 million in each.

Russak-Aminoach’s decision to join Team8 is a stark departure from her prior role leading a legacy bank that dates back to 1902. Russak-Aminoach was CEO of Leumi for seven years and is credited with turning the bank around. She engineered the government-ordered sale of Leumi’s credit card division to U.S. private equity fund Warburg Pincus. She reduced the bank’s headcount to roughly 10,000 by offering thousands of workers extended severance or early pension arrangements and shrank the bank’s physical footprint by closing or merging dozens of brick-and-mortar branch locations. Russak-Aminoach also led the launch of Pepper, Leumi’s fully-mobile digital bank, in June 2017. During her tenure, the bank achieved record profits and market capitalization.

The landscape for bank CEOs changed dramatically midway through Russak-Aminoach’s tenure when Israel passed a law that capped bank executive’s compensation at 2.5 million shekels, or $730,000, a year. The law didn’t expedite her exit, she says, but allows, “It’s a factor, it’s not something you can ignore.”

Russak-Aminoach says her startup experience with Pepper is what motivated her to join Team8, versus taking another bank CEO role. She confirmed to Fortune reports that she was in contention for jobs at European banks and said she’d fielded an offer from a financial company in New York.

No matter the country, financial industry incumbents can have outdated systems and processes and lots of people, Russak-Aminoach says, meaning “how far you can go with your turnaround is limited.” The prospect of  “building a new thing made me much more happy and excited than continuing to turn around a very large ship.”