U.S. unemployment decreased in August. For young Black women it rose to 27% 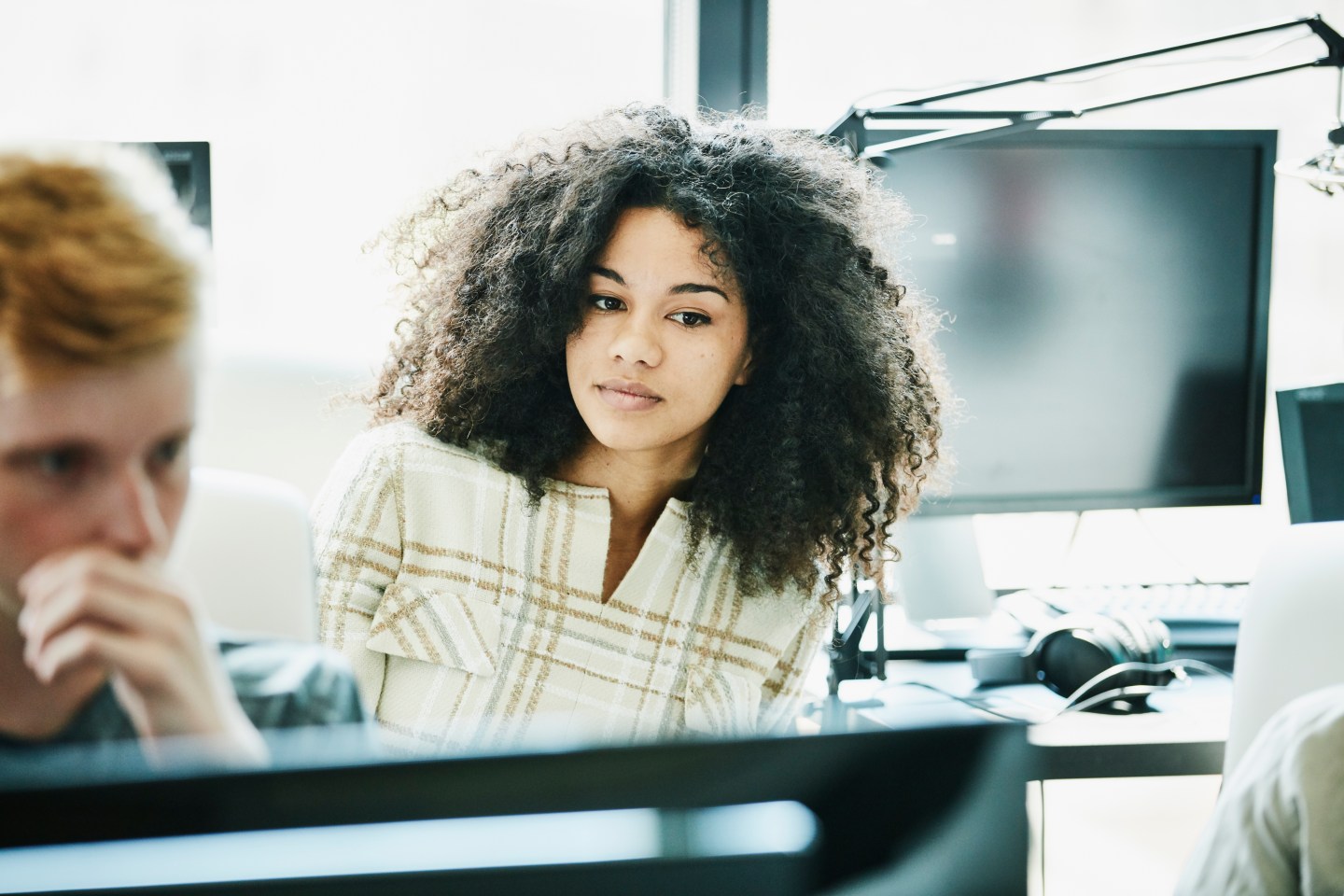 Good morning, Broadsheet readers! The Louisville Metro Police Department will be run by a Black woman for the first time, three women are likely running for mayor of NYC, and unemployment rates are improving—for everyone except young Black women. Have a reflective Wednesday.

One of the only groups still seeing unemployment increase? Young Black women.

Black women between the ages of 20 and 24 faced an unemployment rate of 26.8% in August, up from 25.4% in July. (And recall: unemployment went down overall for Black women in that time frame, as it did for the general population.) The National Women’s Law Center crunched the numbers following the Bureau of Labor Statistics’ August jobs report last week.

Jasmine Tucker, director of research for the National Women’s Law Center, calls the trend “baffling.” “It’s just bananas,” she says. “Other than racism and sexism, I really don’t get it.”

Of course, those two factors are significant ones. Tucker speculates that young Black women are faring worse than their elders as the challenges of early-career work collide with institutional and systemic issues. When jobs are scarce, barriers to entry—like being able to take an unpaid internship or not—become even more significant. The type of jobs Black women in this age bracket tend to work—and how those industries have been affected by the pandemic—may also be a factor. “Black women are facing the double whammy of racism and sexism and the triple whammy of this pandemic,” says Tucker. “They can’t break in and they’re already behind their white peers in terms of experience.”

That Black women overall are now part of the economy’s upward trajectory is an encouraging sign—as long as young Black women aren’t left behind.

- DOJ and E. Jean. The Justice Department intervened Tuesday night in the lawsuit writer E. Jean Carroll brought against President Trump, in which she alleged that he defamed her after she said he raped her in the 1990s (he has denied that allegation.). In a highly unusual move, government lawyers are now seeking to represent the President. New York Times

- Chief of police. Yvette Gentry retired from the Louisville Metro Police Department six years ago, but as the department reels from its officers' killing of Breonna Taylor, Gentry is returning as interim chief of police. She will be the first Black woman to lead the department.In an emotional speech, Gentry said that the "city is at a point of reckoning that only truth can bring us out of." Courier-Journal

- Opposition action. Maria Kolesnikova, one of three leading opposition figures in Belarus fighting against President Alexander Lukashenko, was detained by the Belarus government at the country's border with Ukraine. Colleagues of Kolesnikova's say she tore up her passport to prevent the government from expelling her to the neighboring country. CNN

- Running mates. President Obama joined Sen. Kamala Harris for a campaign video in which the pair discuss their shared running mate, Joe Biden. The video is the first time during this race that the former President has appeared alongside the current vice presidential nominee. NBC News

- Next in NYC. Three women from New York City Mayor Bill de Blasio's administration are expected to run to succeed him in the position. Kathryn Garcia resigned as the city's sanitation commissioner yesterday and is set to join a race that includes former counsel to the mayor Maya Wiley and former head of the city's Department of Veterans’ Services Loree K. Sutton. New York Times

- Slam dunk. Tina Charles has an Olympic gold medal and 11 national championships—but the star athlete hasn't yet clinched a WNBA championship. A longtime player for the Connecticut Sun, she moved to the New York Liberty with the hope of earning the award there; the team's financial woes interfered with that plan. Now Charles is part of the reigning champion Washington Mystics, where she plans to work for the milestone even though she's been unable to play this season with a medical exemption because of a high risk for coronavirus complications. New York Times

- She Se Puede. Last week, actors America Ferrera and Eva Longoria, activists Carmen Perez and Mónica Ramírez, and other influential Latinas founded She Se Puede, a new media platform for Latinas. America Ferrera and Stephanie Valencia of Equis Research spoke to Fortune about how a lifestyle site can help with their ultimate goal: turning out the Latina vote in November and beyond. Fortune

"If we looked at marriage as a real team, you want your teammate to be a winner—you want LeBron."