Latinas vote at lower rates than other women. America Ferrera and Eva Longoria have a plan to close the turnout gap 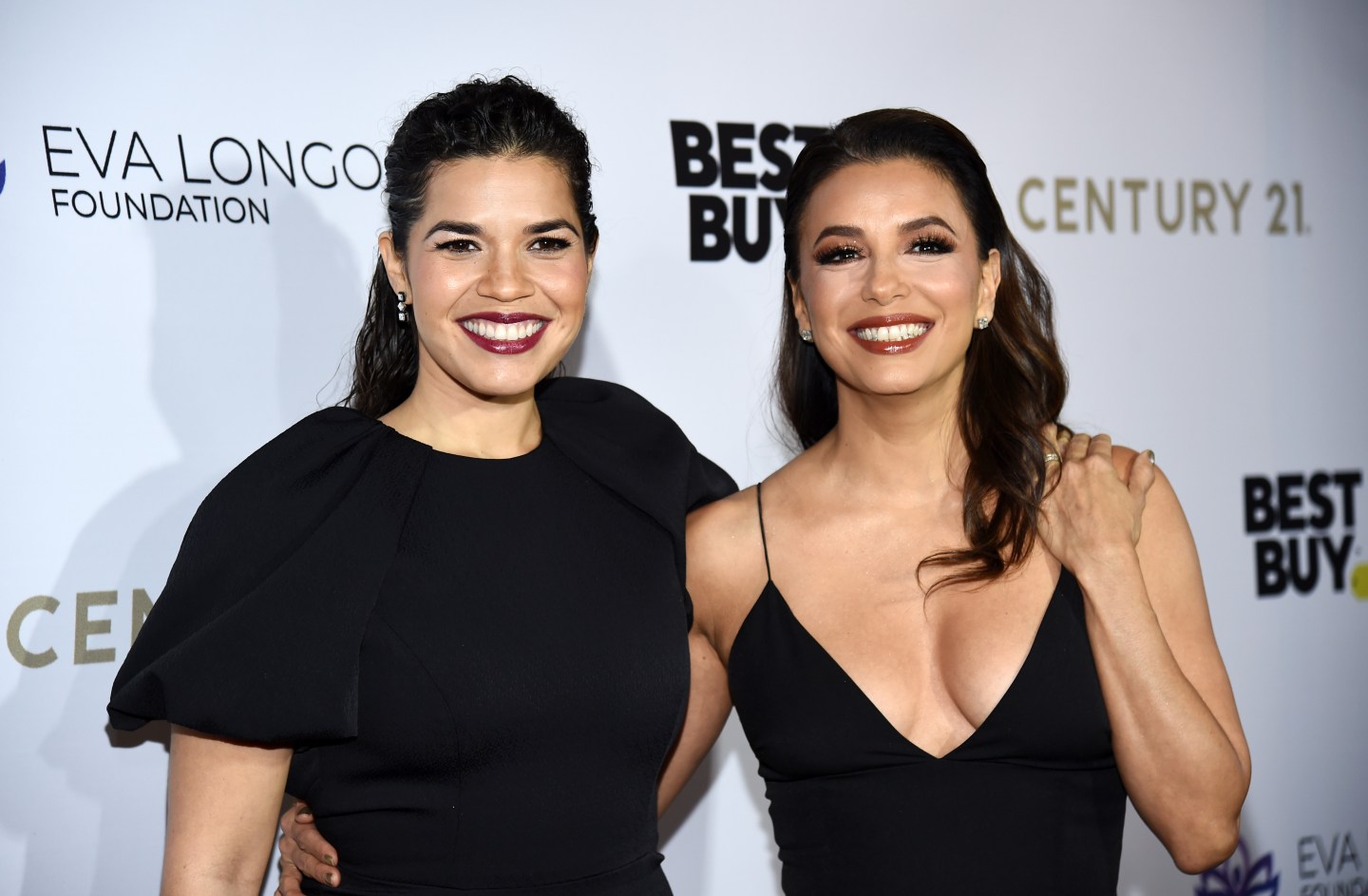 In the 2018 midterm elections, Latinas turned out to the polls at rates between 10 and 15 points behind white and Black women. As the 2020 general election draws nearer, a group of powerful Latinas is taking a new approach to ensure their community makes their voices heard in November.

Actors America Ferrera and Eva Longoria Bastón, alongside activists Carmen Perez, Mónica Ramírez, and others, founded She Se Puede, a new lifestyle site meant to, in part, motivate its readers to vote. Rather than launch a strictly get-out-the-vote initiative, the founders hope to engage Latinas across areas of interest well beyond this election.

So how do recipes and remote-learning tips, as the site intends to publish, help get women to the polls? Data from Equis Research, a firm run by She Se Puede cofounder Stephanie Valencia, has found that Latinas are less confident about voting than their peers. “They don’t think their vote will count, or they don’t feel prepared and don’t want to mess up,” Valencia says. “How do we create a culture of confidence and empowerment to encourage women that their vote counts, that you don’t need a Ph.D. in political science to vote?”

Valencia hopes that building a more “holistic relationship” through lifestyle content will bring in women who may, because of those feelings, tune out overtly political messaging. Many of those Latinas are not registered to vote, and don’t receive traditional election turnout efforts like campaign texts and calls, she says.

Says Ferrera: “There’s a confidence crisis among Latinas. They don’t feel like they know enough to change their own lives, to change the country, when the truth is, they hold the power to be the difference. It’s about telling the story that Latinas matter, that their lives count.”

Earlier this year, Equis Research found that Latinas showed lower rates of motivation around the political process, and excitement—or being ready to take action—than they had in prior years. Those numbers have now started to rise as the general election gets closer, Valencia says, but are still crucial to closing the turnout gap this fall.

“You can’t just show up with a catchy slogan and a famous actor two months before an election,” says Ferrera, “and expect that’s all Latinos need.”