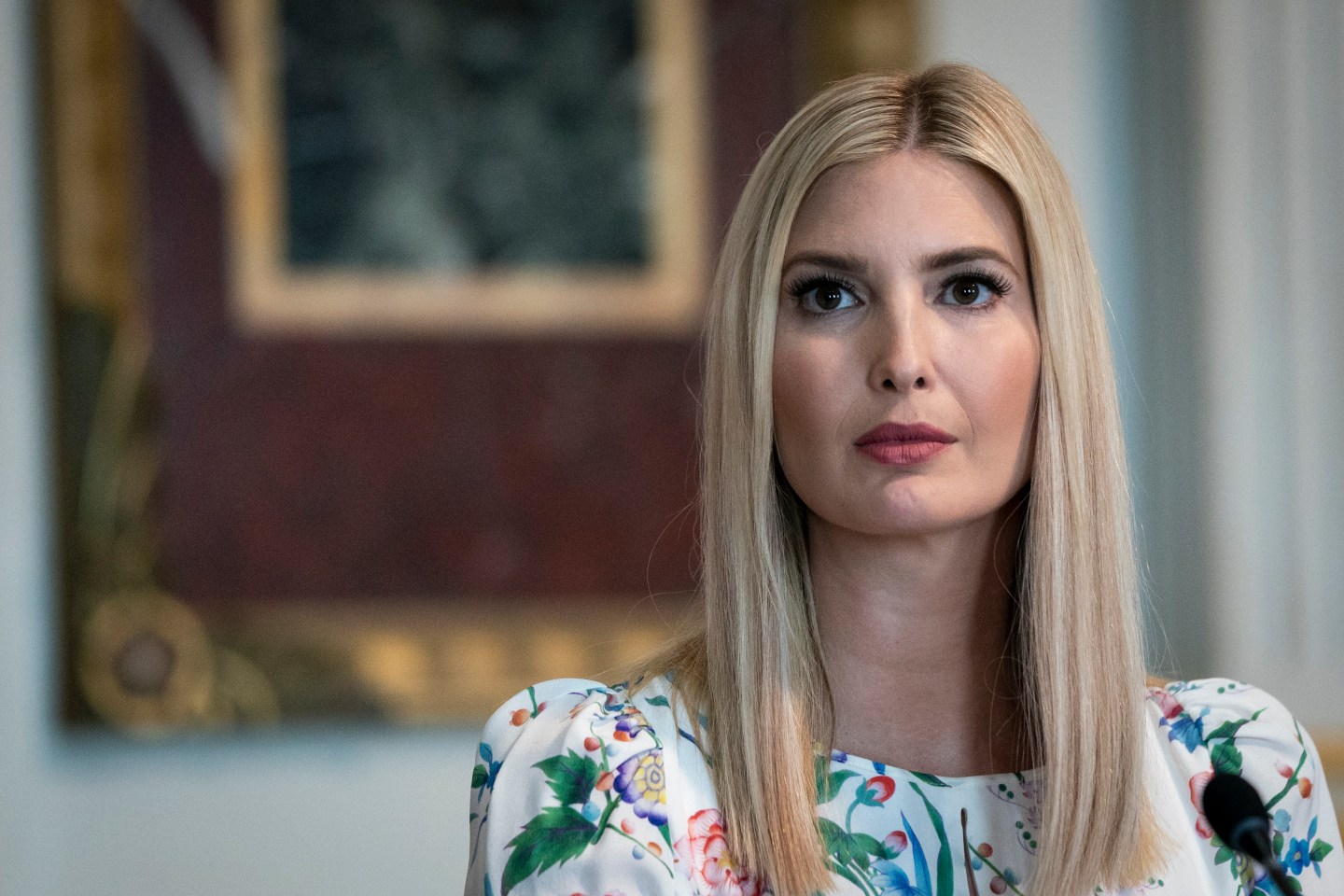 WASHINGTON, DC - AUGUST 04: Advisor and daughter of the president Ivanka Trump listens during an event to highlight the Department of Justice grants to combat human trafficking, in the Indian Treaty Room of the Eisenhower Executive Office Building on August 4, 2020 in Washington, DC. The Trump administration is issuing more than $35 million in grants to provide safe housing to survivors of human trafficking. (Photo by Drew Angerer/Getty Images)
Drew Angerer—Getty Images

A U.S. anti-trafficking law has been upended, lifting protections for vulnerable children. The Department of Homeland Security (DHS) has quietly decided to suspend those protections, including resuming deportations of minors who pose no health or safety concern, allegedly to protect the U.S. from COVID-19.

This is an atrocity.

In response, 15 different leaders of Christian organizations and I signed on to a letter to Ivanka Trump. We appealed to her as one of the most vocal advocates in the White House for survivors of trafficking, asking that the law in question, the Trafficking Victims Protection Reauthorization Act (TVPRA), be properly enforced.

When I signed my name onto the Aug. 24 letter, bound for Ivanka Trump’s desk at the White House, I did so with hope, determination, and a strong resolve that the words of the letter may have a positive impact.

According to the White House, nearly 70% of migrants traveling north to the U.S. are victims of violence. According to the TVPRA, unaccompanied minors apprehended at the border must be screened to ensure they have not been and are not at risk of becoming a victim of human trafficking. These screenings are no longer happening.

The result is an unconscionable neglect of some of the world’s most vulnerable people. According to the Associated Press, children as young as 1 year old are currently being held in hotel rooms, prior to deportation, by people who may or may not have been subjected to an FBI background check. That means not only is the DHS neglecting to screen these children for their risk of becoming victims of violence and trafficking, but the DHS is also placing these children with strangers who are themselves potentially dangerous people.

This behavior contrasts sharply with the provisions outlined in the TVPRA. The TVPRA states that when a child is apprehended at the border, they must be transferred to the Department of Health and Human Services and put into the care of people who have specialized training in caring for vulnerable and traumatized children.

What’s worse, it seems that the threat of COVID-19 is simply being used as a baseless justification for these actions. As we outline in our letter, the DHS has recently acknowledged that children are being tested and expelled to their countries of origin after testing negative for COVID-19. This demonstrates quite clearly that these children do not present any risk of spreading COVID-19 to the U.S.

This is an abdication of responsibility, and it cannot continue. As we say in our letter, “We must not allow COVID-19 to serve as a pretext for abandoning our national commitment to standing for vulnerable children and against the scourge of human trafficking. Our faith compels us to speak up for these children.”

What I know as a trauma therapist, and have learned from years of working with survivors of trafficking in aftercare at World Hope International, is that survivors need specialized services and care. What I know as a U.S. citizen is that our country has legal safeguards specifically written to provide equal protections to all children, regardless of their country of citizenship. These laws should be adhered to at all times, even in—or rather, especially in—a time of international crisis, such as the COVID-19 pandemic.

What I know as a human being is that children should be treated with dignity and respect, no matter their nationality or the color of their skin.

And what I know as a person of faith is that belief in God’s call to practice justice and mercy requires me to cast away fear of the other and to seek to hold an open-armed stance to the vulnerable, regardless of which side of a border they originate from.

The TVPRA is just as important today as it was the day it went into effect in 2008, and it must be upheld; this I know. And that is why I’m proud to be a signatory of this letter of advocacy to Ivanka Trump.

Haley Clark is director of anti-trafficking at World Hope International and chair of the Faith Alliance Against Slavery and Trafficking.