Millennials and Gen Zers need better childcare. Can either Biden or Trump deliver? 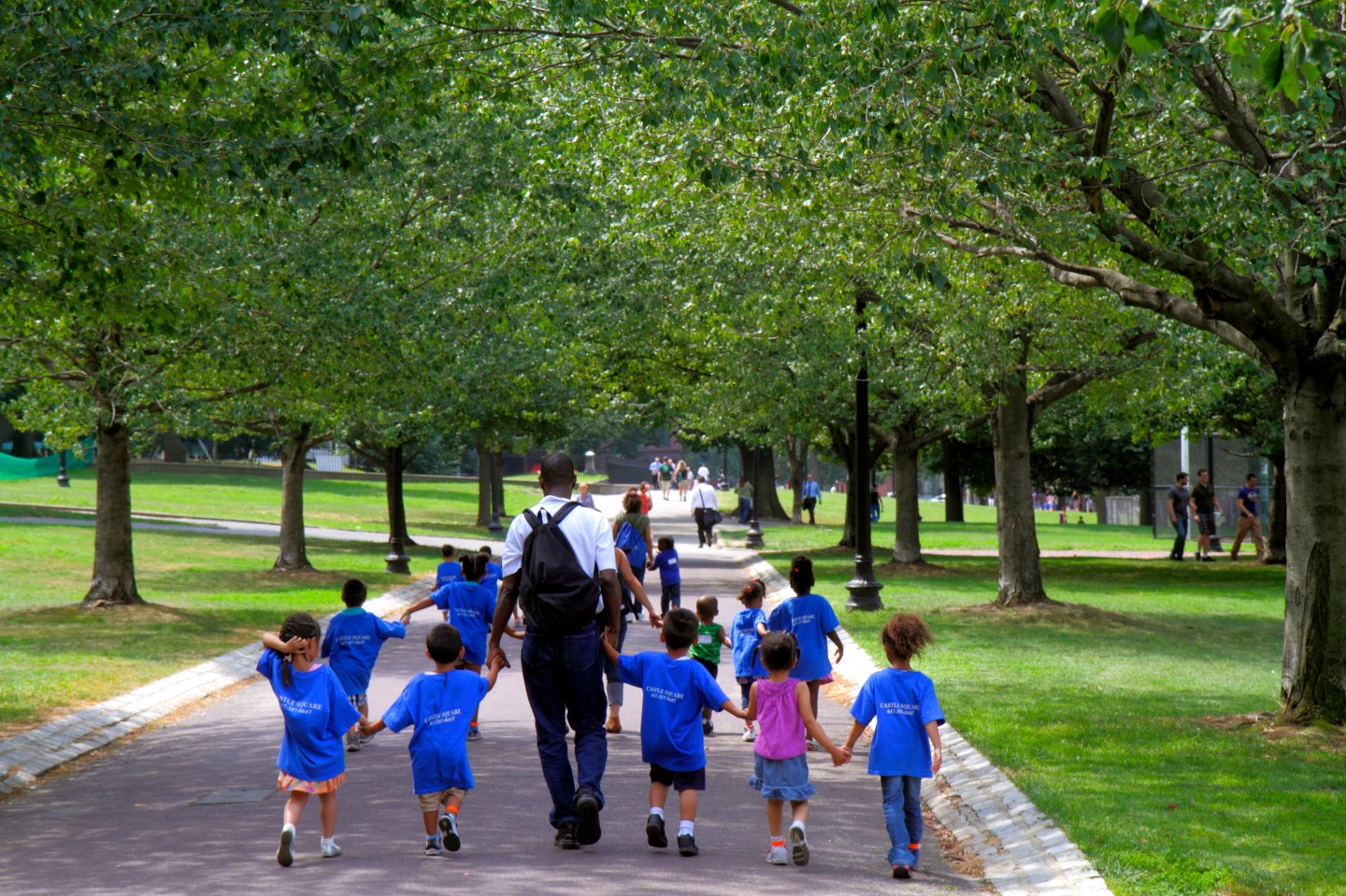 During the Democratic National Convention, Sen. Elizabeth Warren spoke from the Early Childhood Education Center in Springfield, Mass., where she shared a message that struck a chord with the next generation of voters. Childcare, Warren said, is as critical to our economy and everyday lives as the roads we drive on or the Internet that connects us to work, entertainment, and each other—in other words, childcare is an integral infrastructure investment.

During the last night of the Republican National Convention, earlier this week, Ivanka Trump lauded the current administration’s work to increase the child tax credit—at best, a temporary solution which primarily benefited higher-income families. This approach reinforced the notion that families should figure out childcare on their own, which can lead to policies that disproportionately harm poor and working-class families.

The COVID-19 pandemic and this summer’s uprisings calling for racial justice have forced the country to grapple with many structural issues that have festered under the surface of our economy and our society for centuries. The absence of affordable, high-quality childcare has impacted families across the country for decades, but it has been an acute problem during the pandemic, especially for essential workers—many of whom are people of color—and working women who still shoulder most caregiving responsibilities.

And the next generations get it.

Survey data from Next100 and GenForward indicate that more than eight in 10 young adults between the ages of 18 and 36 believe that access to affordable, high-quality childcare is an important issue. This battery of survey questions, as far as we know, represents the first time anyone has asked young adults how they feel about childcare in any depth.

It turns out that millennials and Gen Zers care about childcare—a lot. Three in four millennial and Gen Z individuals who identify as women say that the lack of access to affordable childcare is a barrier to their professional success. The pandemic has proved them correct, and resoundingly so: Just last week, the U.S. Census Bureau released new data finding that lack of childcare has driven one in three millennial women out of the workforce.

These findings should not surprise us: Millennials and Gen Z are on the front lines of the struggle to balance work and family. Millennials are the largest generation in the U.S. workforce, making up roughly 35% of workers, and millennial mothers now account for the majority of annual U.S. births. Gen Zers are just beginning to enter the workforce and are doing so amid a devastating pandemic, mass unemployment, and a recession. As millennials know, this timing can have long-term effects on economic security.

Young people who are managing to start families, or are hoping to, must not only overcome the compounding economic constraints they face—including staggering student loan debt and the rising cost of housing—they must also confront the astronomical cost of childcare.

Childcare for infants can cost on average up to $24,000 a year, which is just shy of half the national average family income. The high cost of care limits access for low-income and middle-class families alike, disproportionately impacting communities of color.

The economics of childcare squeeze both family budgets and the paychecks of workers, primarily women and disproportionately women of color, who provide care. The U.S. is in the bottom third of developed countries in early childhood education investment, the result of decades of underinvestment in childcare fueled by racist and sexist notions about how we value the work primarily done by women, especially women of color.

Stalled action on childcare is no longer acceptable for millennials and Gen Zers, who are watching their futures evaporate before them. Policies must be updated to reflect their lives and to address systemic racism and sexism.

Proposed federal legislation, including the Child Care Is Essential Act and the Child Care for Working Families Act, and presidential candidate Joe Biden’s Build Back Better plan would inject millions of dollars into bolstering our childcare infrastructure, expanding access to affordable childcare, and improving the quality of childcare jobs. Passing these policies would not only help the millions of families struggling to care for their children while working through a pandemic, but also future generations who will start their own families.

The next generation includes a massive coalition of childcare supporters who transcend political affiliation, race, gender, and income. Significant majorities of Democrats, Republicans, and independents recognize access to high-quality, affordable childcare as an important issue, with overwhelming support among men and women and across major racial and ethnic categories. Regardless of income, at least 75% of respondents identify childcare as a priority. Anyone who is interested in winning an election this cycle must take the childcare crisis seriously.

The next generation is sending a clear signal that they want—and need—access to childcare. We must listen to them.

Levi Bohanan is a policy entrepreneur at Next100, a startup think tank for and by the next generation of policy leaders. Cathy Cohen is a professor at the University of Chicago where she directs the GenForward Survey, a nationally representative survey of over 3,000 young adults ages 18–36.