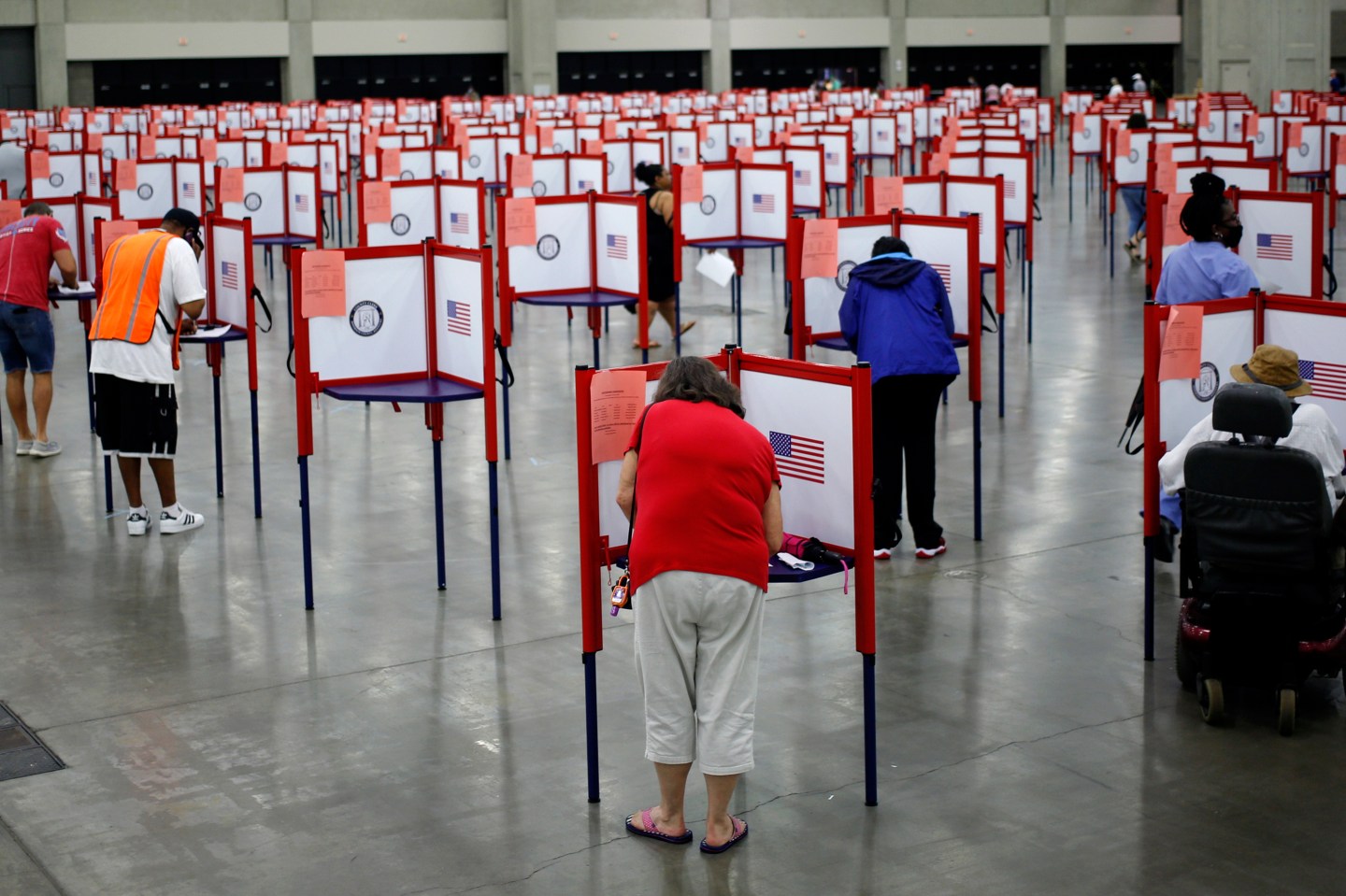 Voters cast ballots at a polling location in Louisville, Kentucky, U.S., on Tuesday, June 23, 2020. Voters face the possibility of long lines after counties were expected to open fewer than 200 polling locations instead of 3,700 amid the coronavirus outbreak. Photographer: Luke Sharrett/Bloomberg via Getty Images
Luke Sharrett—Bloomberg/Getty Images

Let’s say you’re a CEO and you care about the health of our democracy.

And well you should: Participatory government is the bedrock on which our organizations have been built. It’s the source of the freedoms we enjoy.  And it remains, in Abraham Lincoln’s words, our “last best hope” for advancing the ideals—equality, fairness, and opportunity for all—of a good and just society.

To that end, you know that it’s imperative that our upcoming federal election on Nov. 3 be free, fair, and accessible for all.

But if you’re like most top executives, you haven’t done anything about it. Perhaps this seems out of your lane as a business leader. Maybe you’re concerned that investors, employees, and customers may hold different views and push back, causing challenges for your organization.

We understand. We’re CEOs, and we’ve grappled with these same issues.

We’ve come to the conclusion, though, that business leaders have an important role to play—and should lean in. We have influence that we can use to advance our democratic ideals in this election and beyond.

We’re also military veterans. Each of us has served because of our conviction in America’s democratic ideals, and some of our brothers and sisters gave their lives in service of those ideals. We believe that it’s every American’s responsibility to do what they can to affirm, safeguard, and advance the health of our democracy.

But how can CEOs take a stand and be on the right side of election integrity and participatory democracy, while not running too far afoul of key stakeholders and breaching responsibilities to their organizations?

Here are four things that CEOs can do.

If the business community is silent while elected officials do not, in good faith, work to ensure a free and fair election, then those same officials will interpret that silence as a green light from business. Every CEO should issue a statement demanding election integrity, with the following nonpartisan parameters: Every eligible voter must be allowed to safely and comfortably vote, and every single vote must be counted in a transparent and effective way.

CEOs need not call out individuals or political parties or take potshots at leaders on either side of the aisle. Election integrity is not liberal or conservative: It’s the foundational building block of the democracy we all share. CEOs can anchor their statements in the values they believe in and the basic democratic principles with which the vast majority of Americans agree. Here’s how we—alongside other veteran leaders—recently spoke up on this issue. CEOs should make these statements public-facing and should send them to their elected representatives so that their position is clear.

CEOs can support employees by encouraging them to vote, by encouraging them to make a plan early (start now!), and by providing basic resources to aid them in developing those plans. (For useful resources, consider Civic Alliance, a nonpartisan effort, or this cross-partisan one, Fix the System.) CEOs should also support their workers in following through on those plans.

To that end, several companies are setting aside Election Day as a paid holiday to ensure that their organization safeguards rather than impedes employees’ ability to vote. At companies that can’t offer Election Day as a holiday, or where many or most employees vote by mail, CEOs might consider taking this idea a step further and offering employees a Democracy Day: a day for each employee to engage in democratic citizenship in a way and at a time of each employee’s choosing. For more on how to support your employees, you can consult the nonpartisan group Time to Vote.

Finally, CEOs might encourage able employees to consider volunteering as nonpartisan election officers at polling stations, which are currently tracking to be understaffed.

To advance a more functional and durable democracy, CEOs should consider contributions to organizations that work to: 1) advance voter access and counter our nation’s shameful history of voter suppression; 2) foster civic education to generate a broader appreciation for the common democratic rights and virtues that bind us as a nation; or 3) support civilian national service, which brings Americans of different backgrounds together in common cause and can help to weave our nation’s frayed social fabric together.

By grounding leadership on this subject in principle and an affirmation of fundamental democratic rights, CEOs can ensure that they are leading on this issue, while continuing to be good stewards of their organizations. By speaking up and taking action, CEOs can let elected officials know that the business community will not stand by as democratic rights are violated. During a time of distrust in institutions, CEOs can let the American public know that we acknowledge our civic duty and will do our part.

Since our nation’s founding, so many courageous Americans have risked so much on buses, bridges, and battlefields so that we might enjoy our democratic freedoms, and so that we might continue the work of making our union more perfect. Now, we have the opportunity to do our part.

Greg Behrman is the founder and CEO of NationSwell. Mary Beth Bruggeman is president of The Mission Continues. Nate Fick is general manager (security) of Elastic and the former CEO of Endgame. Wes Moore is CEO of the Robin Hood Foundation. Jake Wood is the cofounder and CEO of Team Rubicon.