Jill Biden would be the first U.S. First Lady to keep her day job 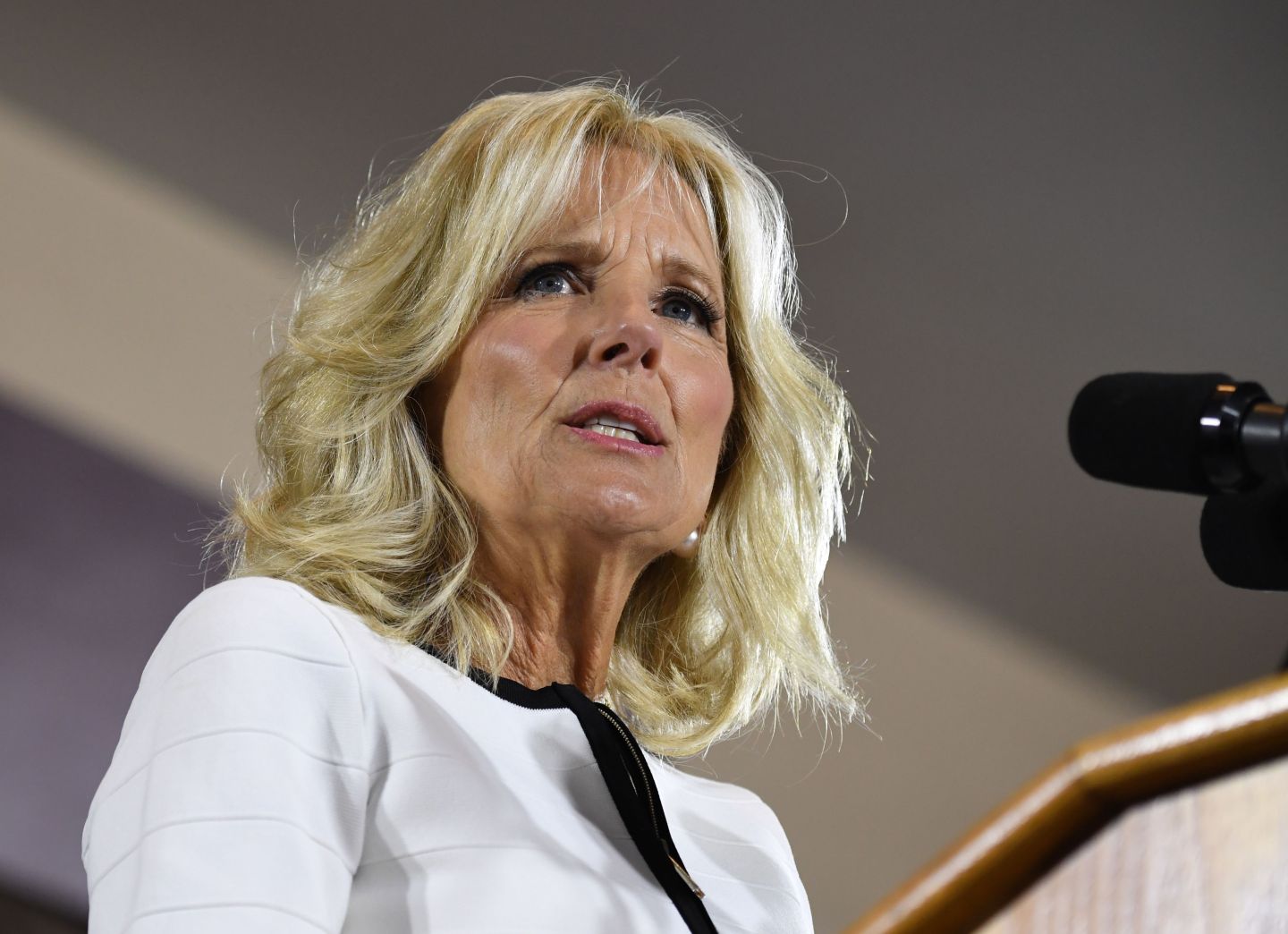 Good morning, Broadsheet readers! AOC takes the DNC, Canada’s Deputy Prime Minister Chrystia Freeland steps into a new role, and Jill Biden would be the first U.S. First Lady to maintain her own career while her husband is in the White House. Have a wonderful Wednesday.

– First Lady with a day job? I have to say, I didn’t envy Jill Biden for having to follow Michelle Obama’s Monday night tour de force of a Democratic National Convention speech. But Biden delivered a heartfelt address, recalling her early days with Joe Biden after the car accident that killed his first wife and daughter (“How do you make a broken family whole?”) and reflecting the concerns many Americans are feeling amid the pandemic (“How do I keep my family safe?”).

She delivered the address from Brandywine High School in Wilmington, Delaware, standing in the very room where she used to teach in the ’90s. It was a fitting background—not just because the country’s empty schools are such a huge concern right now, but also because the classroom has played such a central role in Biden’s life.

Her commitment to teaching shines through in this Washington Post profile. The story paints a picture of a woman dedicated to her family and partnership with Joe Biden, but also to her career as an educator—something that clearly provoked a bit of wistful envy in Michelle Obama during Obama’s run as First Lady, as evidenced by a 2016 White House exit interview conducted by People: “Jill is always grading papers,” Obama said… “Which is funny because I’d forget, ‘Oh yeah, you have a day job!’ And then she pulls out her papers and she’s so diligent and I’m like, ‘Look at you! You have a job! Tell me! Tell me what it’s like!’”

This campaign is the first time Biden has taken a break from teaching since 1981 and the Post reports that she plans to return to her job as an English composition professor at Northern Virginia Community College even if her husband becomes President. It would be the first time a First Lady kept her day job, says Anita McBride, who runs the First Ladies Initiative at American University and was First Lady Laura Bush’s chief of staff. “This would be a precedent,” she tells the Post.

It’s not quite the first woman in the Oval Office. But it would be a huge step forward for the office of the First Lady (and someday, First Gentleman) if the occupant can pursue their chosen profession while also carrying out the duties bestowed on them by marriage. And if Joe Biden wins in November, it will be fascinating to watch how he and Jill function as the first First two-career Couple.

- Gone in 60 seconds. Rep. Alexandria Ocasio-Cortez (D–N.Y.) also spoke at the DNC on Tuesday—if only for 60 seconds. She seconded the nomination of Sen. Bernie Sanders (D–Vt.) for President—a symbolic gesture required by the DNC for any candidate who secures enough delegates. She also used her time to call for systemic change, decrying "mass evictions, unemployment, and lack of health care." Vox

- Ministry hopping. Deputy Prime Minister Chrystia Freeland will no longer serve as intergovernmental affairs minister and instead will become Canada's finance minister, holding onto her position as Prime Minister Justin Trudeau's No. 2. Freeland will be the first woman to serve in the role in Canada. CBC

- Unwanted pardon? President Trump announced yesterday, on the 100th anniversary of the ratification of the 19th Amendment, that he would pardon suffragist Susan B. Anthony, who was arrested in 1872 for voting, doing so in violation of laws that only allowed men to cast a ballot. Some say, however, that the pardon is counterproductive, as Anthony intended to defy the law with her actions. Guardian

- A serious matter for LOL. On the latest episode of Leadership Next, Fortune CEO Alan Murray talks to Land O'Lakes CEO Beth Ford. One of Ford's goals is to bring technology and connection to rural areas. "It’s not just a rural issue," she says. "It’s an American competitiveness issue. ... These are the people that are farming, that are feeding us. This isn’t somebody else’s problem; this is all of our problem.” Fortune

- Fertile ground. Fortune's Beth Kowitt has the exclusive on Carrot Fertility, the fertility benefits provider. The startup cofounded by CEO Tammy Sun closed a $24 million funding round, in what Beth reports is a sign that the fertility sector is "increasingly becoming part of mainstream health care." Fortune

- Keep swiping. Hong Kong Chief Executive Carrie Lam is having trouble using her credit card. In an interview discussing U.S. sanctions targeting Chinese officials in Hong Kong, she said, "we have to use some financial services and we don’t know whether that will relate back to an agency that has some American business—and the use of credit cards is sort of hampered." Fortune

- Retail wars. Kohl's sales fell 23% in its second quarter, but CEO Michelle Gass believes the retailer can outlast its struggling rivals in the industry to rebuild. "COVID has created a lot of devastation," Gass said, as reported by Fortune's Phil Wahba. "There is going to be market share opportunity that cuts across a lot of different types of retailers." Fortune

3 Ellen producers exit in the midst of workplace complaints Fortune

"I was primed to be a preserver."

-Shakirah Simley, who used to own the company Slow Jams, on making jam, the recent uproar over Sqirl, and white privilege