Too many diversity initiatives are neglecting junior Black employees. We can fix that 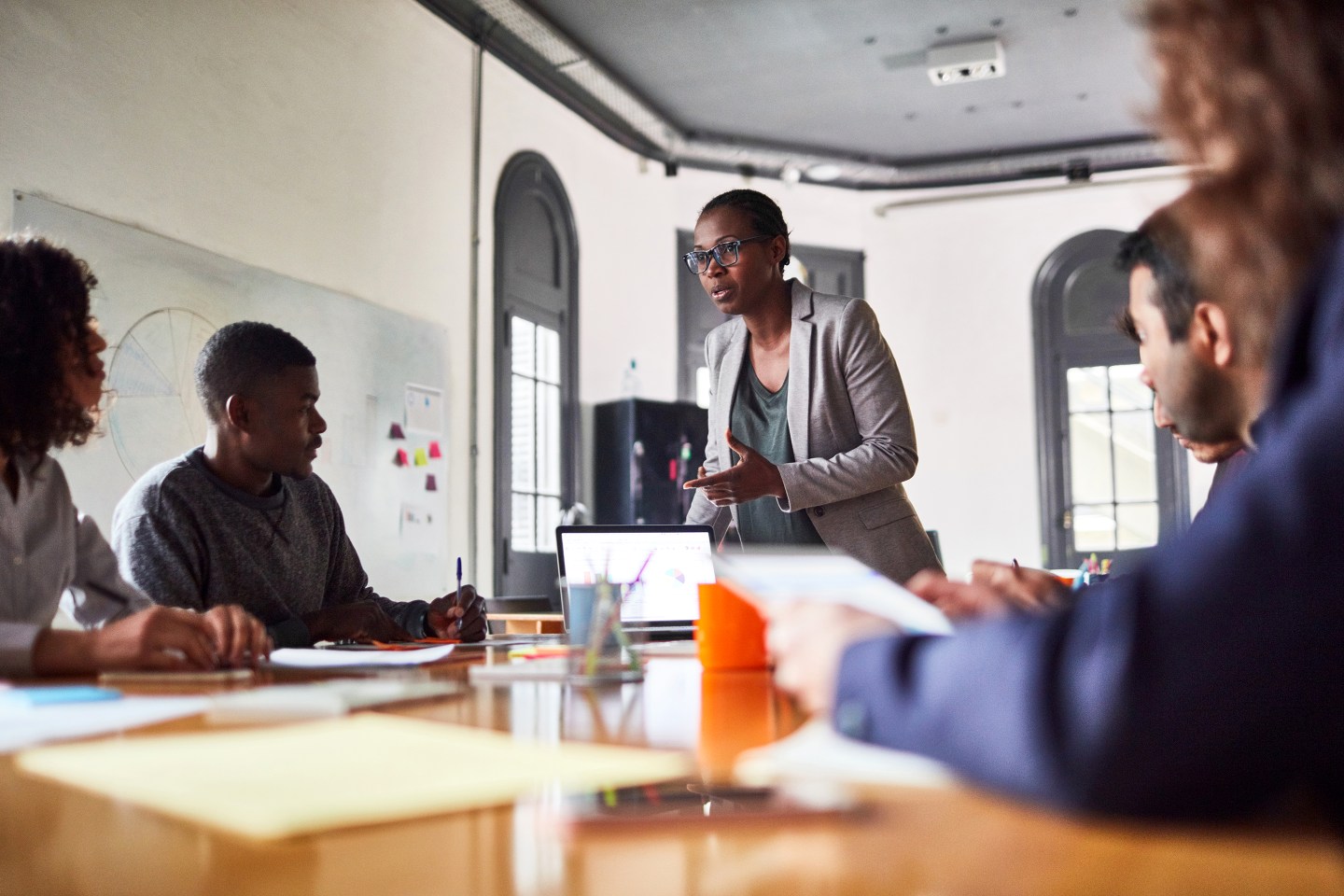 In response to the Black Lives Matter uprising following the death of George Floyd, many corporations have committed to increasing Black representation at the leadership level. Both Microsoft and Uber have pledged to double the number of Black employees in senior positions. Google, Royal Bank of Canada, Lloyds Banking Group and HSBC are also among the companies who have publicly announced their plans to increase Black representation in their leadership teams.

This focus on top positions is part of a growing trend. While efforts to increase diversity have typically been pushed at more junior level positions, over the past few years external think tanks have been closely analyzing diversity in the upper ranks. According to the Center for Talent Innovation, despite accounting for 12% of the U.S. population, Black people hold only 3.2% of leadership roles at large U.S. companies, and there are currently only four Black Fortune 500 CEOs.

The same disparities prevail in Britain. According to 2019 research completed by the recruitment consultancy Green Park, Black people represent less than 1% of leaders running FTSE 100 companies. The Colour of Power 2020, a joint research project by Green Park and Operation Black Vote exploring the diversity of Britain’s most powerful decision-makers across the private and public sector, revealed that of the 1,099 most powerful roles in the country, a total of just 17 are held by Black men and women.

Clearly, this is a gap that must be addressed. However, beyond increasing Black representation at senior levels and the promise of global anti-racism trainings, many corporations have failed to outline the support mechanisms they will put in place for Black employees early into their career. This feels like a crucial oversight—because it could be argued that one reason there are so few top Black leaders is because companies do so little to help talented junior Black employees thrive.

Young Black professionals face numerous hurdles at the beginning of their career, and as a Black female four years into my own career, I’ve both experienced and witnessed them.

Many Black professionals join work environments where they are in the racial minority, which can be isolating. They can be made to feel that they are merely a “diversity” hire and should be grateful to be there. They endure racism and microaggressions and then feel compelled to compress their feelings of hurt and frustration, to avoid conforming to the stereotype of being “angry.”

When you’re the only Black person on your team, you’re made to feel like the representative of all Black people, which means you can never be your authentic self. Many Black professionals grow up being told they have to work twice as hard as the rest. As a result, junior Black professionals tend to work longer hours initially to combat stereotypes of Black people not having a strong work ethic. Ironically, this can sometimes have the opposite effect, as it may appear that they are ill prepared and unorganized, as they try to juggle too much.

Over time, code switching becomes normal for Black professionals, as they grow tired of being overlooked for promotion and realize that moving up the ladder is dependent on building relationships and networking with senior white leaders. But research has found that code switching can be exhausting and lead to poor performance and burnout. Those first few months and years for Black employees, as they navigate systemic racism in these organizations while trying to progress in their career, can often feel like a game of survival.

As corporations reflect on Black Lives Matter, they should look at ways to improve the experience of their junior Black employees. Black professionals have had enough, and research shows many are planning to leave their current job to pursue other opportunities.

With that in mind, here are four steps that corporate leaders can take to foster a better environment.

Create a safe space for conversations about race

Black employees starting out need to feel comfortable talking about race, whether it’s regarding race-related incidents happening in the news or at work. White leaders in particular should take a lead on this; the onus can’t always fall on the one or two senior Black professionals to do the emotional labor of talking about race in addition to their jobs.

Junior Black professionals often feel the need to tone down anything that appears as “too Black” in order to fit in. For Black women this could involve opting for straight hairstyles instead of natural curls or braids; for any Black worker regardless of gender, it could involve going by a less “ethnic-sounding” name and opting not to share some of their interests outside of work. Create an environment where differences are celebrated, and provide an opportunity to learn from one another.

Black professionals starting out don’t always have access and exposure to senior leaders, which can hinder promotional prospects. But mentorship and sponsorship can help with this. Research from Cornell University’s School of Industrial and Labor Relations showed that mentoring programs dramatically improved promotion and retention rates for minorities and women—by 15% to 38%, respectively, as compared with non-mentored employees. Having senior leaders provide guidance and advocate for them is invaluable. Initiatives like this can be successful when there is a clear structure in place, a group of engaged and genuine leaders who would be fully committed and careful, and who considered the pairing of mentees and mentors based on specific criteria.

Whether it’s through formal training opportunities or providing more role autonomy, invest in the development and growth of your Black employees. Coach them, give regular actionable feedback, and provide them with the space to make mistakes and learn from them in the same away other employees can.

René Germain is a product manager in financial services and the cofounder of nine to fives, a community for black employees in the workplace.