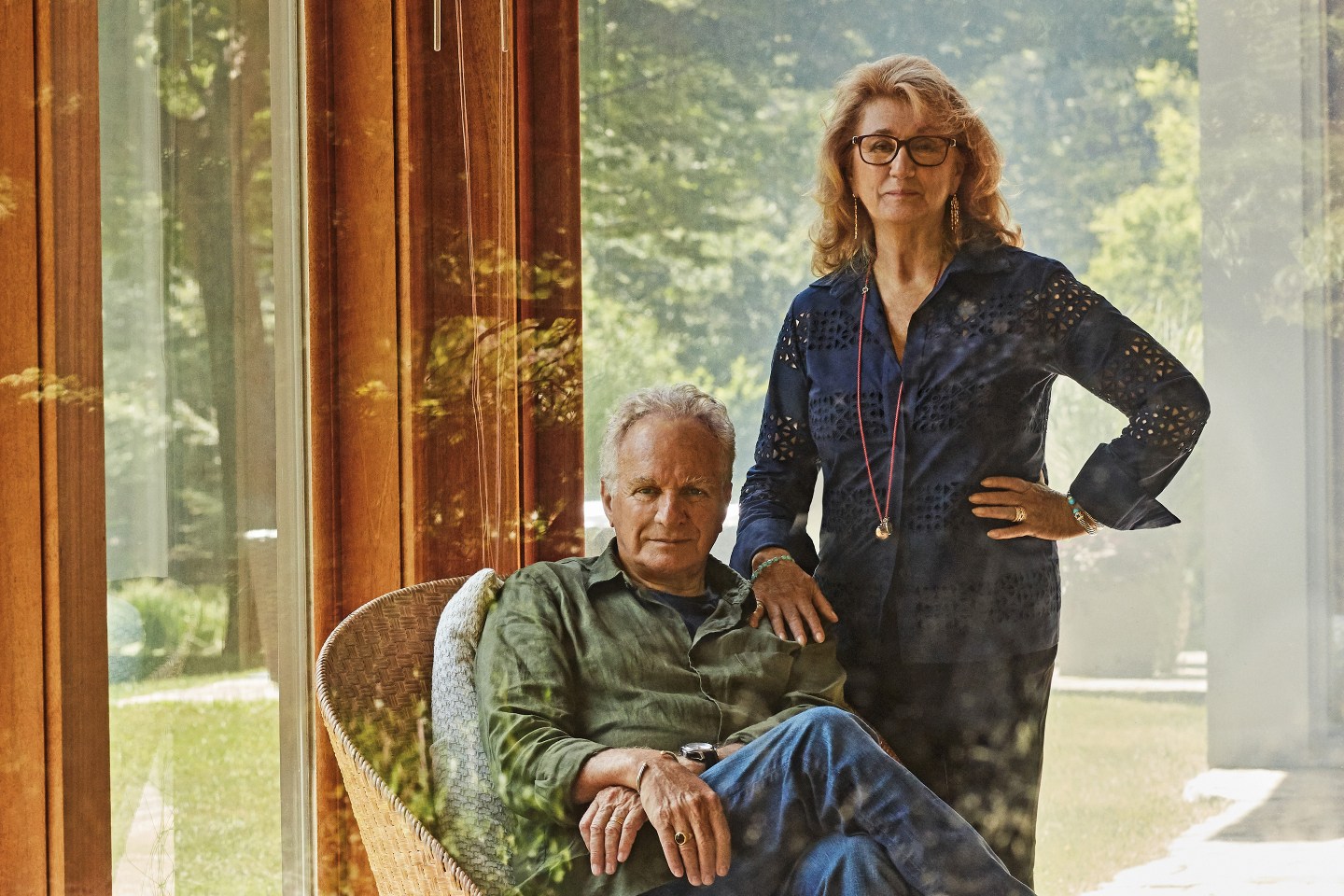 David Yurman, one of the first designer names in fine jewelry, nearly sold his company for $30,000 as a wedding gift to his wife, Sybil. But she refused to let him sell, and the two, now 77, went on to build a multimillion-dollar brand.

As told to Dinah Eng

David Yurman: I grew up in the Bronx, and my father owned a trimming company. My mother was a housewife. I was dyslexic and had ADD, but I didn’t know it until 1975 or so.

Sybil Yurman: I grew up 10 blocks from David but did not know him. My father was a poet and writer, and made furniture and drapery. My mother ran the family insurance brokerage. I also had ADD, and my language was visual.

David: At 16, I learned welding and brazing. I made little animals and sculpted the sign language alphabet that deaf people use. I sold them for $5 to $15 at school.

Sybil: I left school at 15½ because the principal told my father I was a poor student and would never graduate. I ran away from home and made enough money to move to California. I lived and worked at Hyphen House in San Francisco, where I was exposed to people like Jack Kerouac and Philip Whalen. My life was about being in the moment, painting, Zen, doing whatever interested me.

David: In 1964 I was apprenticing with [Cubist sculptor] Jacques Lipchitz, who knew Picasso and Modigliani, making $150 a week. It was the height of the beatnik era. Then I opened my own studio in Greenwich Village while working for [abstract sculptor] Hans Van de Bovenkamp.

Sybil: I moved back to New York and met David at Hans’s, where I worked. We liked each other right away. One day he made a necklace for me, and I wore it to a gallery. A woman admired it and said she could sell them. David said no. I said yes. I left the necklace with her, and by the time we got home she had sold four of them. That was the beginning of his making sculptural jewelry.

David: We created the business so that we wouldn’t have to work for someone else. In 1972 we moved to Putnam Valley, N.Y., where I had a studio in a former mill. I made jewelry that we’d sell at craft fairs …

Sybil: … and sold at galleries. As it started getting bigger and bigger, we went to a retail jewelry show in New York. When the Bloomingdale’s buyer came up, I said, “Someone else placed an order first, so we can’t make any more jewelry unless you pay for it first.” He asked, “Who placed the order?” It was Saks Fifth Avenue.

David: I told him he could pay half upfront and half on delivery. He looked at me like we were from the woods.

Mixed metal bracelets and a starburst pendant necklace with garnet and diamonds. All are in the latest David Yurman collection.
Courtesy of David Yurman; Jeroo Harris—Getty Images for David Yurman

Sybil: But he agreed to do it. Then life became more complicated. No banks would lend us money for the materials or to pay our suppliers. Going into the mainstream was extremely difficult, so we decided to sell the business.

David: In 1979 we got married, had a luncheon with friends, then went to see a man in the jewelry district. I said, “Selling the business is my wedding present to my wife, so we can just go back to doing our art.” He gave a number, and before I could say anything …

David: I made that much at a good craft fair.

Sybil: So we left, and we incorporated the business in 1980. Back then the stores wielded an incredible amount of power. A major retailer once canceled an order two days before delivery, putting us on the brink of bankruptcy. A doctor friend gave us $50,000 to keep us in business. So we drew up guidelines that retailers had to sign so that we wouldn’t get in that position again.

David: The difficult part was we wanted to use our name in the stores.

Sybil: At the time, amethyst rings, gold necklaces, or watches would all be in the case together, sold by category. We wanted the stores to buy our collections—the earrings, necklaces, and rings—all together.

David: You told them, “We’re American craftspeople, we’re designers. This is our art form, and it has a personality to it.”

Sybil: They wanted what we did, so they agreed.

David: There were times when the economy was in a slump, and we couldn’t pay people. We’d call them and say, “We’ll pay you 20% this month, and some more next month.” It made all the difference.

Sybil: At one point, a man in a drugstore gave me 50¢ when he saw that I didn’t have enough to buy diapers for our son.

David: But we kept growing the company.

Sybil: In the ’90s, we were one of the major vendors at Neiman Marcus. We opened our first boutique in November 1999 in New York.

David: We were very profitable in the U.S., but then we went to Paris and my ego got the best of me. I thought, If we can sell an American jewelry brand to Parisians, it would be like selling ice to Eskimos. And we did it. Within two to three years of selling in Printemps, we gained their most loyal group of customers.

Sybil: Our success is due to trust and forming relationships with people who helped us along the way. It’s about taking a risk and being willing to work all night for it.

David: In our 50 years of being together, I’ve learned it’s better to be kind than right. Creating a business is like creating a family. The jewelry is just the by-product.

Envision possibilities together.
“We both were brought up as existentialists in the beatnik era. Whenever we asked a store for something, we’d say, ‘How do we make this happen? If we partner together, we can fulfill your need in the marketplace, and our need to create.'”

A version of this article appears in the August/September 2020 issue of Fortune with the headline “The family jewels.”