A family’s $35 billion fortune evaporates in a blink 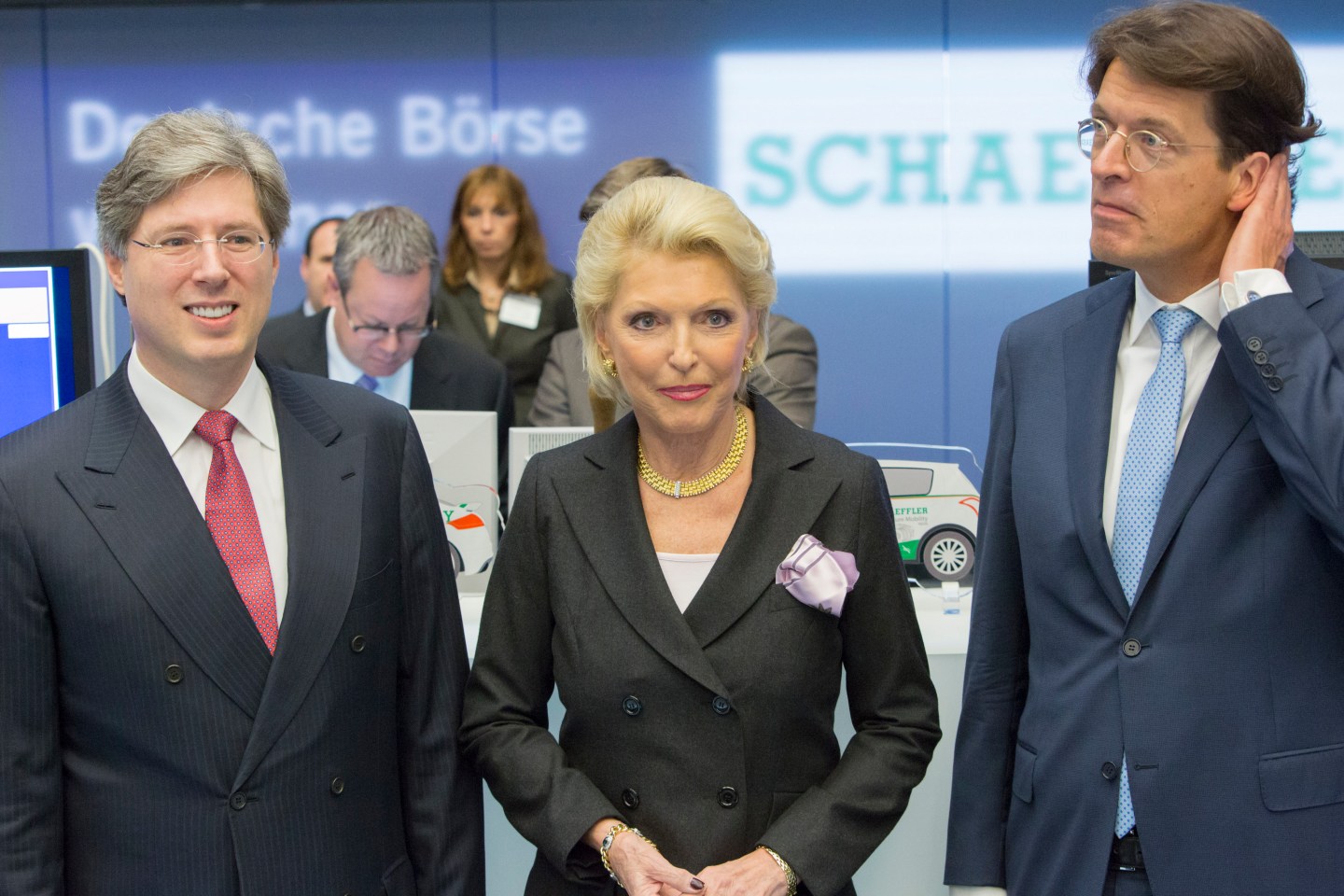 A lot can happen in two-and-a-half years.

In early 2018, Georg Schaeffler became Germany’s richest person as shares of Continental AG, the car-part maker in which he and his mother—Maria-Elisabeth Schaeffler-Thumann—own a major stake, surged in price. At the time, their combined fortune totaled $35 billion.

They’re now worth about a quarter of that. That’s partly due to the coronavirus pandemic, which has slowed auto production and significantly curbed sales, as well as the industry’s broader shift toward electric cars. The Schaefflers ended each of the last two years less well-off than they began, and 2020 may be the same. Both have lost about a quarter of their wealth so far this year, according the Bloomberg Billionaires Index, a listing of the world’s 500 richest people.

While they’re still super-wealthy, the slump in the Schaefflers’ fortune is among the biggest on the Bloomberg index and highlights the slowdown in global vehicle production. Georg, 55, and Maria-Elisabeth, 78, also control Schaeffler AG, the German engineering group that has faced similar pressures as Continental. Shares in both companies have tumbled by more than a fifth this year.

Such swings are rare for multi-generational family fortunes of this size, thanks largely to diversification. While founders can be  single-minded in their pursuits, their heirs often look to reduce risks by branching out into new ventures.  For example, the Mars family began as candy makers but have since pushed into pet-care products, which now comprise about half of annual sales of the business behind their $120 billion fortune. Germany’s Reimann clan have parlayed the proceeds of a chemicals business into a consumer goods empire spanning Krispy Kreme Doughnuts and Panera Bread restaurants.

The Schaefflers are now worth $8.5 billion, according to Bloomberg’s wealth index, though the family may have arrangements to protect them against slumping share prices. Other fortunes linked to the auto industry are also suffering during the pandemic. Susanne Klatten and Stefan Quandt, major shareholders of car-maker Bayerische Motoren Werke AG, and Hyundai Motor Group Chairman Chung Mong-Koo have seen their fortunes fall about 10% this year, according to the Bloomberg index.

Still, the Schaefflers have bounced back before. Their debt-fueled takeover of Continental forced them to ask for emergency support after credit markets contracted in the 2008 financial crisis, but the company’s share price then surged between 2009 and early 2018. In a sign of another potential rebound, Continental’s shares have climbed more than 50% since mid-March, though the company has said its outlook for the rest of the year remains uncertain.

When his father died in 1996, Georg Schaeffler inherited 80% of the ball-bearing business that carries his surname while his mother inherited the rest. Both serve on the supervisory boards of Continental and Schaeffler. While Georg grew up as the heir to an engineering empire, Maria-Elisabeth studied medicine and never expected to embark on a business career.

“I grew into it step by step,” she said in a 2001 interview with the German newspaper Welt am Sonntag.