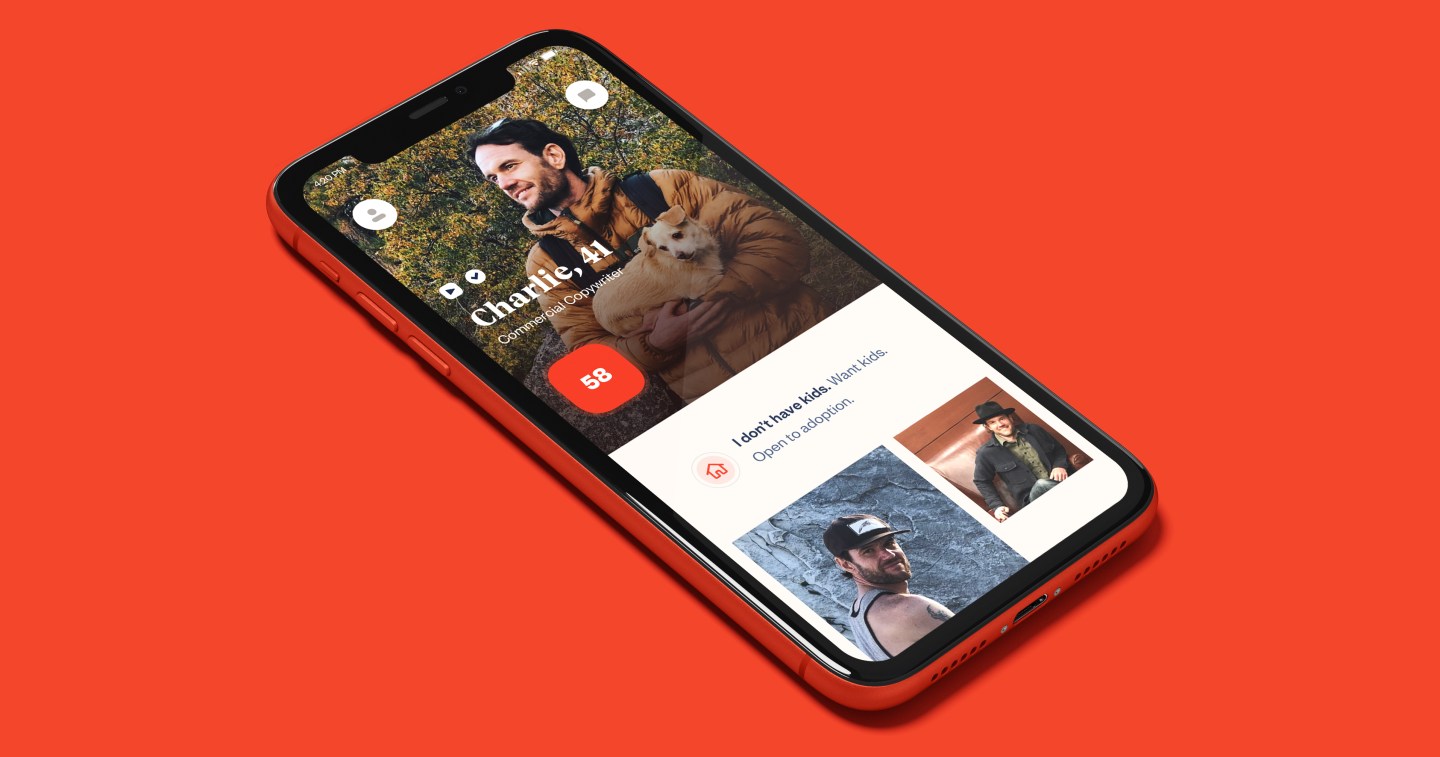 It’s an interesting time to launch a new dating app. But Chas McFeely, Diko Daghlian and Rene Van De Zande, the three founders of newly formed Heybaby, think they’re on to something particularly suited for these strange and turbulent times: Their dating app, announced earlier this week, is made for singles who have kids, or who want to have kids. (Yes, all three founders are dads; and no, none of them are single.)

Fortune recently sat down with the entrepreneurs to find out why they are launching their app now, how three male founders plan to get female input on their new product, and which other startup names they considered before settling on “Heybaby.” The following is a condensed and edited version of our conversation.

Fortune: How did this all start?

Chas McFeely: When I turned 40, I, like a lot of people, was feeling a shift in myself as I was looking for something else. I had this realization that setups were the best thing, and I created this wacky site called HookChasUp.com. [The site offered $10,000 to the person who introduced Chas to his future wife—and didn’t work.] Years later, after the dust had settled, Diko and I were talking about dating apps. We knew each other from the advertising world, and had always wanted to do something together. No one was going after people who want kids and want to start families

Rene Van De Zande: I knew both Chas and Diko, and they started wining and dining me. I liked the idea—we’re all dads. And I thought this had great potential internationally. Initially, I was only an investor.

Why launch the app now, during a pandemic?

McFeely: People are isolated and craving connection right now. A lot of people are dating, getting on video dates and Zoom calls.

Diko Daghlian: At the same time, people are getting burned out on casual dating. People have almost become disposal, always thinking someone better might be out there. Timing-wise we’re hitting at the right time, when people are thinking more what matters. Being at home more has brought the family topic up front.

Van De Zande: And we are convinced that this product will do very well in different countries. The challenge that we find here is very universal, you see it in Europe and the Middle East and particularly in Asia.

How are you making sure you’re getting enough female input–you’re three male founders launching this?

McFeely: We’re very aware of that and we definitely need that diverse perspective.

Daghlian: We’re hiring a lot of women and a lot of our advisors are women. We realize we’ve got the dad and man perspective. We need it to be super broad: gay, straight, male, female, white, brown, Black.”

I have to ask: What other names did you consider for the company?

McFeely: “MotherFather” was a good one.

Daghlian: We came up with a few hundred names. “I Can Has Family” was also a good one. But with Heybaby, we took something with a negative connotation and turned it positive.