Apple just won a mammoth victory over Europe’s ‘tax lady.’ But the fight is far from over 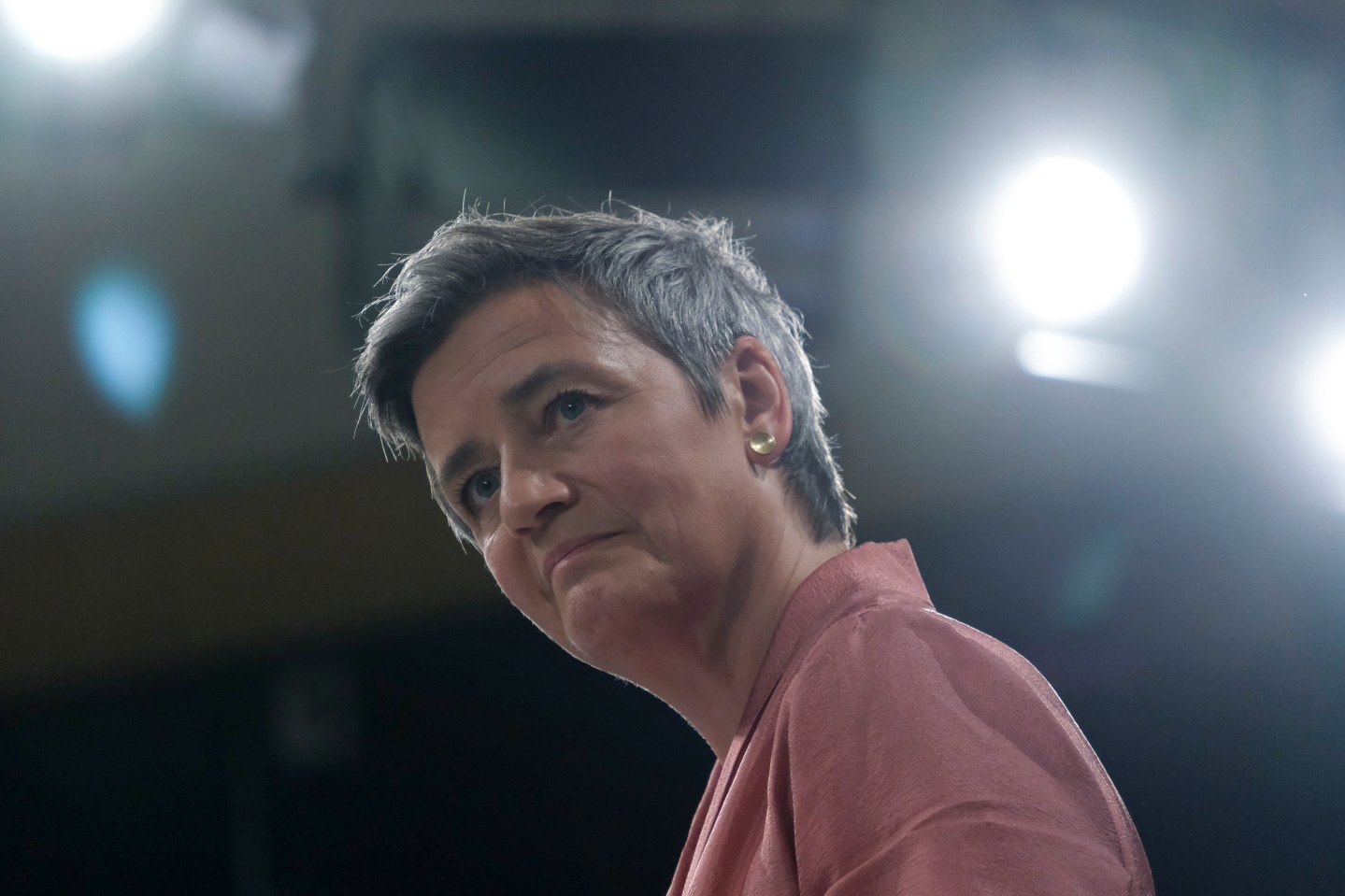 Apple has prevailed–for now–in its epic fight against a $14.8 billion back-tax bill in Ireland.

On Wednesday morning, the EU’s General Court annulled a 2016 decision by the European Commission’s antitrust division, that had found Ireland had for years granted Apple illegal state aid by letting it effectively pay very little corporate tax on its European profits—as little as 0.005% in 2014.

Apple has two subsidiaries that are incorporated in Ireland but are not tax-resident there: Apple Sales International and Apple Operations Europe.

Apple and the Irish government say the profits flowing through these subsidiaries, which handle the manufacture and distribution of Apple products, are mostly taxable in the U.S., where Apple’s software and hardware is designed. The Commission argues that the subsidiaries should be fully taxed in Ireland, because that’s where their employees are, and where their activities are conducted.

The Commission’s 2016 decision was a bombshell not only due to the size of the sum, but also because the Competition Commissioner Margrethe Vestager was using antitrust law to tackle a tax issue—European regulators have long been trying to get largely American Big Tech firms to pay more tax, and this seemed like a creative way to do it.

According to the General Court, the Commission blew it. The Luxembourg-based court said the Commission didn’t sufficiently demonstrate that Ireland had given Apple’s Irish subsidiaries a particular advantage over other companies.

That means Ireland’s treatment of the iPhone maker didn’t amount to state aid—and Apple therefore doesn’t have to pay that whopping back-tax bill. (In case you’re wondering, most of the $14.8 billion has been sitting in an escrow account for years, while the legal drama unfolded.)

“We thank the General Court for their time and consideration of the facts.  We are pleased they have annulled the Commission’s case,” Apple said in a statement. “This case was not about how much tax we pay, but where we are required to pay it…Changes in how a multinational company’s income tax payments are split between different countries require a global solution, and Apple encourages this work to continue.”

It wasn’t just Apple that had tried to get the Commission’s decision overturned. So had Ireland, whose 12.5% corporate tax rate—in the EU, only Hungary’s 9% rate is lower—has helped attract some of the world’s biggest tech firms to set up their international headquarters in the country.

The Irish finance department responded to the General Court’s ruling by saying it had “always been clear that there was no special treatment provided” to Apple’s Irish subsidiaries.

However, there are two big reasons why the drama is set to continue.

Firstly, while the EU’s General Court is the bloc’s highest authority in terms of establishing the facts of a case, the European Commission can still appeal to the Court of Justice, which is the highest authority on questions of law.

Most observers expect the Commission to do this, which means the case could drag on for a few years yet. Responding to the ruling, the Commission said Wednesday it was considering what to do next.

Secondly, the European Parliament has long been fed up with multinationals establishing themselves in the EU’s lowest-tax countries, through which they funnel the profits they earn in other EU countries.

Also on Wednesday, the Commission responded to that anger by unveiling a plan that would revamp the “parameters for fair tax competition” between EU member states.

“Globalization, digitalization, the growing role of multinationals in the world economy, the increased importance of intangible assets, and the reduction of barriers for business have all intensified the pressure on states to use taxation to compete for foreign investment,” the Commission said in its proposal. “This has prompted tax competition to escalate and evolve, testing the very parameters of fairness.”

There are international discussions about the tech-taxation issue taking place at the Organisation for Economic Cooperation and Development (OECD). If a new global standard for minimum effective taxation emerges from those discussions, the Commission said, then that would need to be integrated into the EU’s rules. If not—and the signs are not good, with the U.S. potentially pulling out of the talks—then the Commission wants the EU to set up its own standard.

“The Commission stands fully behind the objective that all companies should pay their fair share of tax,” Vestager said in a Wednesday statement. “If member states give certain multinational companies tax advantages not available to their rivals, this harms fair competition in the EU. It also deprives the public purse and citizens of funds for much needed investments–the need for which is even more acute during times of crisis.”

A bad day for Vestager

Whatever happens down the line, the General Court’s ruling is a major embarrassment for Vestager, the scourge of Silicon Valley and—in President Trump’s succinct phrasing—the “tax lady.” (She responded to that description with the immortal, “I do work with tax and I am a woman.”)

The Dane’s department already lost a similar case last September, involving Starbucks’s tax payments in the Netherlands. The Commission said the Dutch tax authorities had given Starbucks illegal state aid by granting it a favorable deal, but the General Court said it had failed to demonstrate its argument—much as had now happened regarding Apple and Ireland.

The fresh blow could weaken Vestager’s hand as she tries to resist attempts by France and Germany to reform EU competition rules. She infuriated those countries last year by blocking a rail-focused merger between Germany’s Siemens and France’s Alstom—a move that stymied the desired creation of a “European champion” and might have cost Vestager the chance to become president of the European Commission.

Nonetheless, the Irish tax case wasn’t Vestager’s only broadside against Apple. Last month she announced antitrust probes into Apple’s in-app payment rules and restrictions on other developers using the tap-and-go functionality of iPhones.