A first-person look at sailing through Antarctica amid climate change 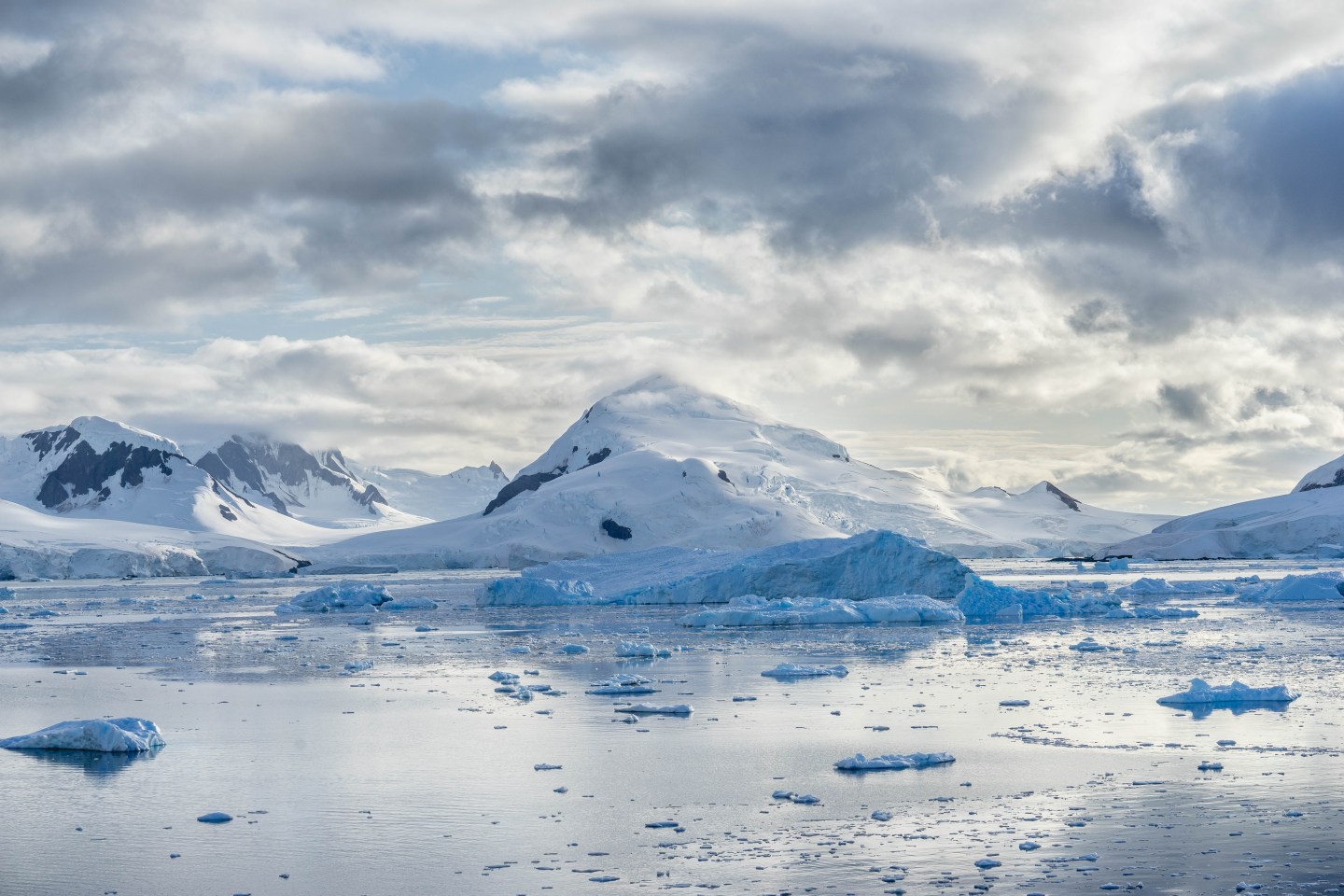 For eco-focused tour operators, the ways in which climate change may alter Antarctica’s role in the global ecosystem is guiding tourism, and sustainability is top of mind.
Danielle Bernabe

Ed. note: This story was reported, written, and edited prior to the COVID-19 pandemic.

Minutes before our ship pulled away from Ushuaia—a port town at the southernmost point of South America—my grumblings about the Drake Passage reached a fever pitch. For weeks, my mental and physical preparation were tested as I turned suitcase into pharmacy to quell my worries, angst, and seasickness. I feared, like many of us, the storied and treacherous waters that lead to the Antarctica Peninsula.

Relaying my anxieties to fellow passengers, a seasoned cruiser regaled that there is only one true medicine for seasickness: Champagne. On board Le Soléal, a 466-foot ship from French luxury cruise line Ponant, an endless flow of the fizzy remedy commenced the 10-day journey and sedated the near 200 explorers.

In my cabin, the whistling wind played through the sliding glass door while coffee mugs waltzed to the beat of the ocean swells. Waves crashed into the boat causing a startling shake, and passengers bobbed grudgingly to the lounge. “You know someone is drunk on a cruise because they’re walking straight,” one man joked as I noticed my zigzagging.

Captain David Marionneau-Châtel took to the intercom and promised an effortless navigation through the passage, joyfully adding that a massive albatross gracefully followed our trail. This would be the first of countless announcements encouraging (or better yet, begging) his passengers to bundle up and marvel at the spectacle unfolding outside. With two days at sea, the expedition crew—made up of historians, geologists, marine biologists, and ice experts—equipped us with red parkas, rubber boots, lectures, and the International Association of Antarctica Tour Operators (IAATO) rules that dictate advocacy for the land. With a predicted 140,000 visitors entering in the coming two years (a season that only lasts October to March), a delicate footprint is of vital importance.

Upon the first sight of land, I ripped open my curtains to the mesmerizing swirl of winds whipping flurries of sea mist into the air and waves hammering against volcanic rocks protruding from the sea. Antarctica is intimidating and exhilarating. The following day, the anchor dropped at Brown Bluff for our first continental landing. We bundled up like Ralphie Parker in A Christmas Story, a plump heap of layers that swiftly became our new norm. Inflatable motorboats transported us to the shoreline where penguins wobbled and stumbled on the terrain with the same clumsiness as we did. The pages of National Geographic came to life as these little creatures paraded nearby.

The itinerary presented two expeditions a day, flaunting the various geological forms of Antarctica. At Spert Island, we puttered through a celestial collection of razor-sharp cliffs carved by centuries of glaciers. It was menacing. The pelting snow left me breathless. Paulet Island cued us into a harsher life where carrion of gentoo penguins lay strewn alongside a glassy lake and passengers dabbed their noses with essential oils to cover the scent.

Port Charcot, also known as “Iceberg Gardens,” exhibited nature’s architectural genius; masses of ice on display like a museum. Gliding through them, my neck struggled to keep up with the quick shift of direction, trying to see everything all at once. A curious leopard seal slithered off a small berg to investigate the noise that had stirred it awake. It was us, a clamor of equally curious intruders whose puttering boat inched closer to glimpse at its monstrous size. It paced below with sinister intent before chomping on the edge. “It’s time to go,” a muffled voice demanded over the driver’s walkie-talkie.

We chased seven orcas on a hunt, giggled at congregating penguins, and observed expedition leaders reveling in equal excitement. The captain, with enduring delight, watched from the bridge as new sets of eyes witnessed the glory that brings him back time and again. After the outings, the Ponant crew welcomed us with grog (hot citrus and rum), hot cocoa laced with Baileys, or piping broth as we stripped away our layers and were debriefed. “We are stepping on land no one else has touched,” Sharon White of Sydney repeated after one journey. “The nature is unspoiled. There are no other humans around us.”

A gentoo penguin prepares to feed its baby on Danco Island, where pairs breed on high slopes.
Danielle Bernabe

Interspersed between our expeditions (and pivotal to the routine) was the captain’s gentle voice, cutting off conversations to share the sighting of a humpback whale waving its fluke or a minke whale coyly nudging up against the bow. At the captain’s bidding, whatever we were doing, we rushed to watch the animal make a glorious display.

On our last day, we spent hours wandering through the placid waters of Paradise Bay, a glassy blanket studded with icy jewels. Glaciers cracked in the distance, and I grappled with Antarctica indeed existing on the same planet as us, and myself as a mere onlooker of a transcendent environment forever struggling to survive. “The wildlife here fight to find food, raise young, and avoid many very capable predators while dealing with possibly the most unforgiving environment on earth,” said Robert de Lima, a nature enthusiast from Florida. “To experience that was very humbling, and I am in awe of the strength and resilience of these amazing creatures.”

Antarctica has an interesting way of presenting itself. When the light shifts, it becomes two different scenes. Hovering gray clouds allude to a bleak existence where animals prowl and cruel weather persists. But when the sun radiates, it’s a cheerful playground for porpoising penguins and basking seals. I swayed between similar darkness and light with tangled emotions of guilt and elation. Should I be here disturbing it?

In the captain’s last announcement, he explained that we are apt to better preserve what we understand. To fully understand Antarctica is to visit it, but to preserve it is to tread as if you’re tiptoeing into the nursery of a sleeping baby. Barreling back through the Drake Passage, I struggled to stay standing and to comprehend it all. The 20-foot swells and hurricane-force winds amplified the stark barrier between the absolute life-affirming environment I’d just experienced and the human reality that is on the brink of ruffling its feathers.

—The man behind some of Napa Valley’s most acclaimed wineries
—5 things the CEO of Barry’s Bootcamp always packs when traveling
—Where you should eat, visit, and stay in Marrakech
—This Raja Ampat yacht trip might be the world’s most exclusive escape
—WATCH: Can San Francisco Be Saved?