Why Apple, Google, and 91 other companies are now voicing support for the Equal Rights Amendment 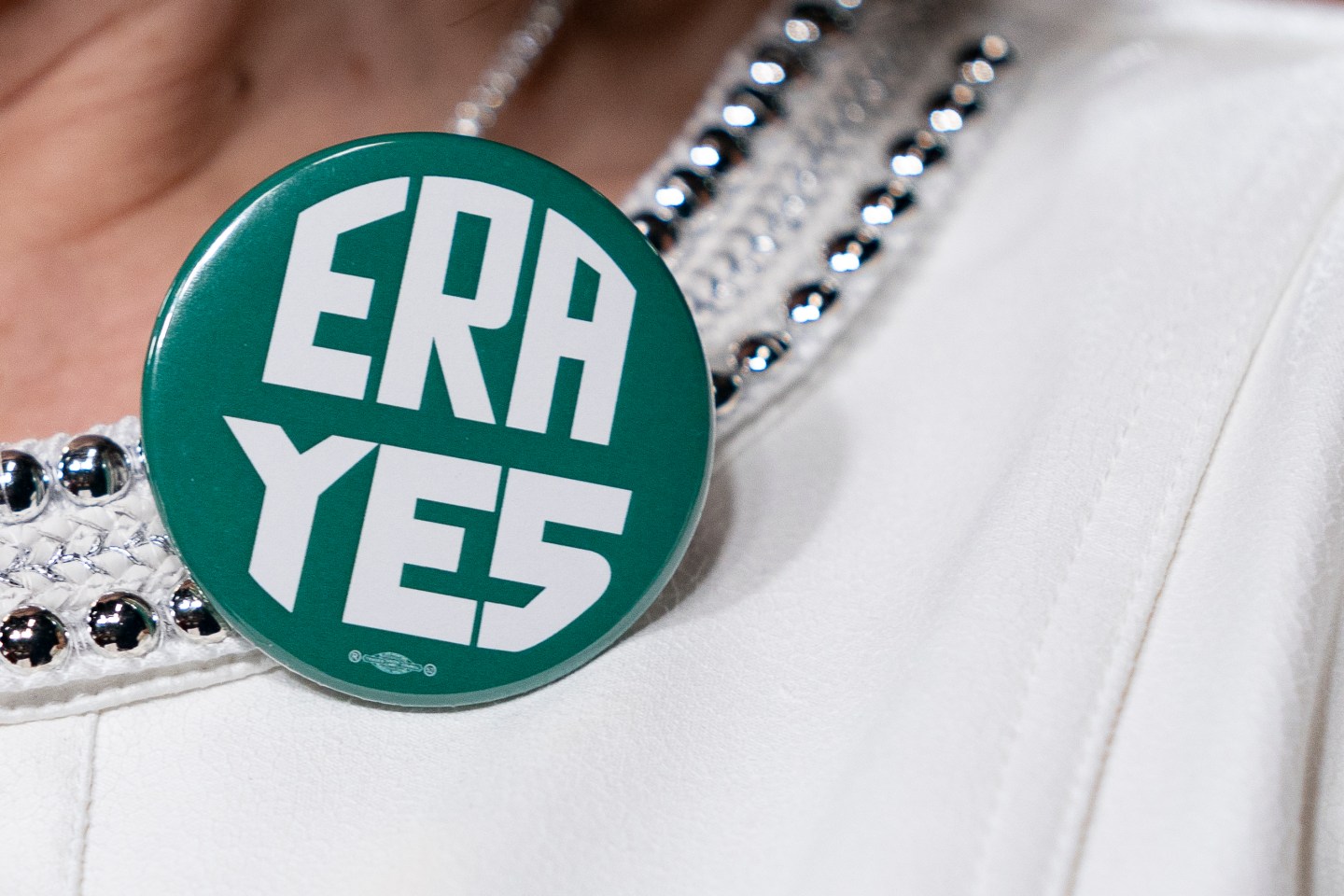 Since January, the fate of the Equal Rights Amendment—now ratified by the required three-fourths of the 50 U.S. states—has been tied up in court. Now 93 companies are voicing their support for the constitutional amendment guaranteeing gender equality.

The companies, which span tech, finance, sports, and a host of other industries, this week submitted an amicus brief in the case Virginia v. Ferriero. Virginia, the most recent state to ratify the ERA, and fellow recent ratifiers Illinois and Nevada, brought the suit against U.S. archivist David Ferriero, whose job it would be to do the technical work of adding the amendment to the Constitution (he has not done so per guidance from the Justice Department).

Signatories of an amicus brief filed Monday include tech companies such as Apple, Airbnb, Google, Twitter, Uber, and WeWork; financial firms like Citigroup, Goldman Sachs, and Morgan Stanley; businesses like Hershey, PepsiCo, Diageo, and Estée Lauder; and athletic leagues including the NFL, U.S. Soccer, and the National Women’s Soccer League.

The companies make a simple argument: The ERA would be good for business. The signatories say that they are all deeply committed to the principles of gender equality, diversity, and inclusion—and to the ERA as a means of advancing those goals. (Some of the organizations on the list—like U.S. Soccer—have faced criticism related to issues like gender pay equity.)

“[We] seek the full participation of women in the economy. Operating in a wide range of industries and markets and serving a diverse and multicultural customer base, [we] understand that diversity in the workplace drives business performance,” the companies write. “A workforce that includes employees with different backgrounds and life experiences is essential for any business operating in a global economy and multicultural society.”

The businesses tie the need for gender equality to the current COVID-19 pandemic. “The novel coronavirus pandemic, which has exposed and exacerbated systemic gender inequities in our society, demonstrates now, more than ever, the need for the ERA in the U.S. Constitution,” they write. “It is painfully evident…that the need for sex equality has never been greater.” They also note the greater challenges facing women of color.

The firms cite the impact that the U.S. Constitution’s lack of a clear declaration of equality of the sexes has on their companies. “The socioeconomic and legal challenges facing women due to gender inequality directly impact businesses in their efforts to recruit and retain women employees and access new markets, making it harder for American businesses to succeed,” they write.

Their brief will be considered in a case that will decide the ultimate fate of this round of the fight for the ERA. Barring a change in administration in Washington in 2021, and a Justice Department that directs the U.S. archivist to move forward with this 28th amendment, this case will determine whether the ERA as ratified advances—or has to start from scratch.

This particular legal battle began in January, when Virginia became the 38th state to ratify the long-sought Equal Rights Amendment. Once a bipartisan effort, the amendment guaranteeing equality of rights under the law regardless of sex became a flashpoint for the emerging culture wars in the 1970s. Congress had imposed a 1982 deadline for achieving ratification in 38 states; whether that deadline was legitimate–and whether its expiration prevents these 38 states’ ratification from qualifying the amendment to be added to the Constitution—is the question at the center of this lawsuit.

Feminist leaders, Democratic lawmakers, and a broad swath of the American public don’t want to see that 1982 deadline enforced. A February poll by the Associated Press and the NORC Center for Public Affairs Research found that three-quarters of Americans support the amendment. Corporate America joining their ranks could influence the ERA’s outcome.

“It does demonstrate broad support in the culture for the Equal Rights Amendment and recognizing gender equality as a foundational principle in this country,” says Emily Martin, vice president for education and workplace justice at the National Women’s Law Center. “It’s important context that could influence a court in thinking about what ratification of the ERA means today.”