This is a moment for new names. Follow NASA’s lead. 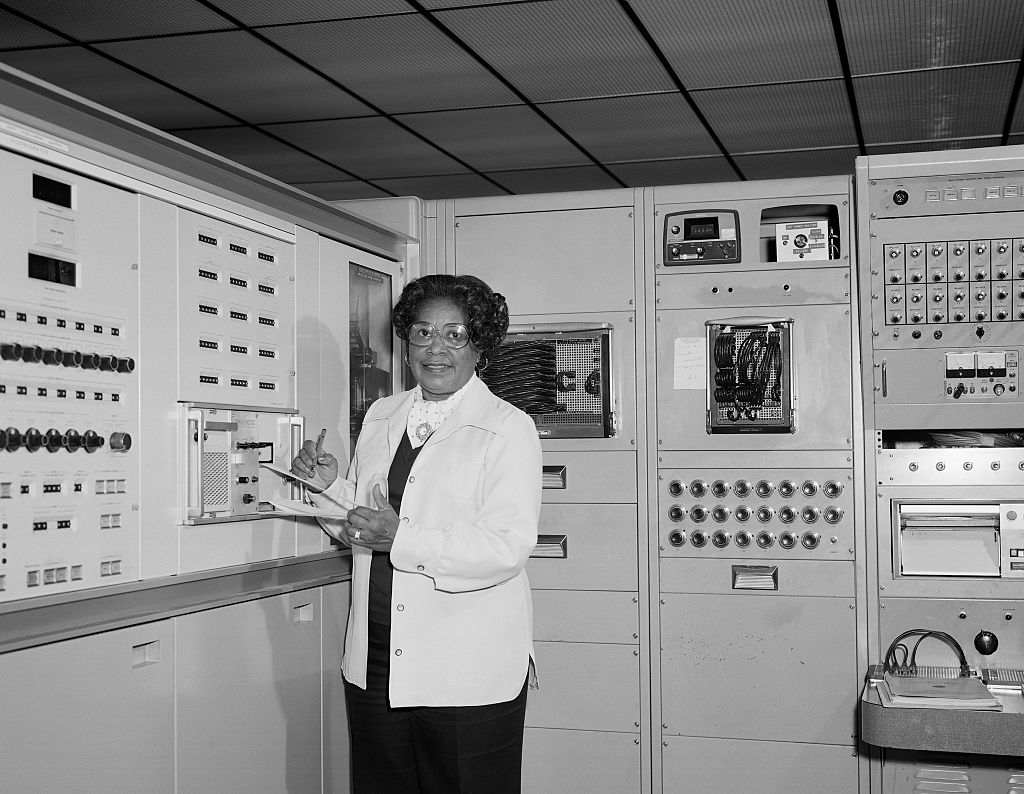 Good morning, Broadsheet readers! The Dixie Chicks drop the “Dixie,” Carly Fiorina is on board with Biden, and NASA HQ gets a new name. Have a wonderful weekend.

“Mary W. Jackson was part of a group of very important women who helped NASA succeed in getting American astronauts into space. Mary never accepted the status quo, she helped break barriers and open opportunities for African Americans and women in the field of engineering and technology,” NASA Administrator Jim Bridenstine said in a statement.

Jackson, memorably portrayed by Janelle Monáe in the film Hidden Figures, started at NASA’s predecessor organization in 1951, working in a segregated computing unit of what’s now the Langley Research Center. She later worked on NASA’s 4×4 supersonic pressure tunnel and was promoted to engineer after successfully petitioning the City of Hampton to receive additional training alongside white students.

Jackson’s daughter, Carol Lewis, has expressed gratitude that her mother’s accomplishments are being recognized, but also says it’s sad that it took so long and happened after her death.

We denote honor on public figures in a variety of modern ways—building names, street names, statues, and placards. In every medium, women are woefully underrepresented. A few years ago, just 394 of the U.S.’s 5,193 public statues of historic figures were women. None of the 44 maintained by the National Parks Service focused on women specifically. When women are depicted, they rarely get real names. (See: Statue of Liberty.) A 2015 study of street names in seven cities found that of those named after people, nearly three-fourths honored men. As of 2018, no airports were named after women despite so many female contributions to aviation.

Names matter. They dot our physical world, permeate our cultural lexicon, and color our collective memory.

The reckoning with racism is scrubbing away so many names—not from history but from places of prominence. Deciding what goes in their place is a once-in-a-generation opportunity to honor—as NASA did—overlooked heroes, past and present.

- A new rulebook. Accenture CEO Julie Sweet writes for Fortune about how to rethink digital transformation during the coronavirus pandemic. First on her list of 5 rules? Face the "brutal facts." Fortune

- Are we in the clear yet? International Monetary Fund chief economist Gita Gopinath warned the global economy is "not out of the woods." The organization estimated that GDP will fall 4.9% in 2020. Fortune

- Fiorina flips. Former HP CEO and Republican presidential candidate Carly Fiorina will not support her party's nominee for President in November. Fiorina plans to support Joe Biden; although she hasn't changed her political affiliation, she says she considers this election a "binary choice." Washington Post

- Long time gone. So long, Dixie. Hello, Chicks. The band once known as the Dixie Chicks—and known for their political beliefs—dropped the first part of their name; "Dixie" is a "nostalgic nickname for the pre-Civil War South." New York Times

- The story of Kayleigh. Curious about Kayleigh McEnany? This is the definitive profile, following her rise from conservative student, to voice of the religious right, to White House press secretary. The Atlantic

- Domestic violence database. The Chinese city of Yiwu has introduced an unusual government project: a database that allows anyone who's getting married to search and find out if their future spouse has a history domestic violence. Incidences of domestic violence have increased during lockdowns. The database will track abuse convictions and restraining orders. New York Times

- What happened next. In 2016, Joanna Strange shared with Bloomberg documents that showed that her employer, WeWork, was falling far short of its financial goals. The first employee to speak out about what was going on inside the beleaguered co-working giant now tells the story of what happened next—including, she says, how WeWork came after her. WeWork declined to comment. Bloomberg

- Dear diary. When she was 17, Little Women author Louisa May Alcott wrote "Aunt Nellie's Diary" in her journal. The story is now being published for the first time. New York Times

A governor on her own, with everything at stake New York Times

"If we were still just in malls, I don’t think we would be able to survive."