Wirecard shows auditing is broken. Here’s why—and how to fix it 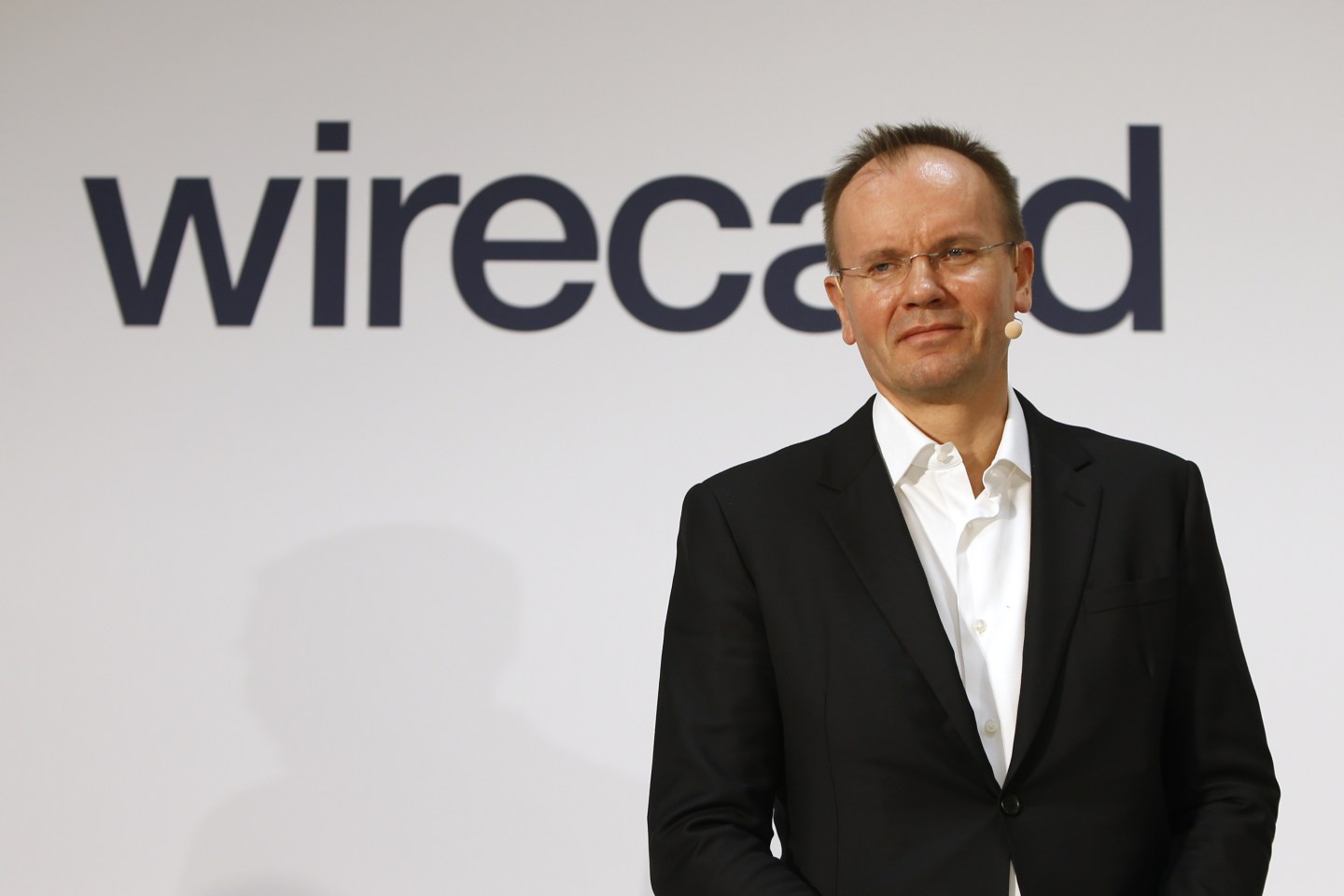 If there is one clear takeaway from the collapse of the once high-flying German fintech company Wirecard, which filed for the equivalent of bankruptcy protection Thursday following revelations that nearly €2 billion listed on its accounts is likely fictitious, it is this: Auditing is broken.

Wirecard’s auditors, Ernst & Young, are already being sued by some of Wirecard’s investors. EY will no doubt protest that financial reporting audits are not forensic audits; they are not designed to uncover a concerted deception involving forged account documents, as was allegedly the case with the German payments firm. And the company will likely say that once issues with Wirecard’s accounting came to light, thanks largely to dogged investigation by Dan McCrum of The Financial Times, EY refused to sign off on Wirecard’s accounts.

But McCrum and his FT colleagues started raising troubling questions about Wirecard’s accounting as early as July 2015 and published story after story that should have compelled its auditor to ask the same tough questions the journalists were posing—well before EY finally balked at signing off on Wirecard’s books in November 2019.

Of course, audit breakdowns are not unique to EY. All of the Big Four firms (as well as the firms in the next tier down) have been rocked by scandal upon scandal. In the U.K. alone, serious deficiencies have been either alleged or found in the audit of government contractor Carillion (KPMG), retailer BHS (PwC), Ted Baker (KPMG), Mitie (Deloitte), Rolls-Royce (KPMG), BT (PwC), as well as Patisserie Valerie and Sports Direct (both Grant Thornton). And that’s not even a comprehensive list. The UK Financial Reporting Council, which is responsible for supervising public company accountants, levied three times as much in fines for audit failures in the year from April 6, 2018, through April 5, 2019, the latest figures available, than the year before.

Meanwhile, in South Africa, legislators are considering trying to break up the Big Four after a series of audit failures involving both Deloitte and KPMG. In India, the failure of Deloitte’s local affiliate to catch significant financial problems at the Infrastructure Leasing & Financial Services company has led to significant scrutiny on the Big Four as whole.

The situation in the U.S. is no better, despite the existence of Sarbanes-Oxley, which passed after the 2002 Enron scandal sank Arthur Andersen and was supposed to strengthen accounting controls at public companies. That law helped establish the Public Company Accounting Oversight Board (PCAOB), a nonprofit corporation that is supposed to ensure audit quality. A September 2019 investigation by the Project on Government Oversight, a Washington, D.C., watchdog group, revealed that when the PCAOB has inspected Big Four audits, it found frighteningly high failure rates. In the most recent figures available, inspectors found Deloitte got one in five audits wrong, PwC botched 23.6%, EY screwed up 27.3%, and KPMG flopped fully 50% of the time.

What’s more, none of the firms were showing any sign of getting better; their audit failure rates bounced around considerably from year to year, but there was no clear improvement. In fact, all four firms had worse records in their latest spot checks than when the PCAOB first began inspecting audits in 2004.

It’s time to admit the problem is not just with one accounting firm or even the oligopoly of the Big Four. Instead, auditing is an example of what economists call a market failure—one that will persist for as long as auditors continue to be paid by the companies whose books they are supposed to be scrutinizing. Under our current system of hiring and compensating auditors, there are simply too many incentives for the accountants to look the other way.

This remains true despite concerted efforts over the years to reform that incentive structure. Rules passed in the U.S. and ­Europe over the past two decades mandate that public companies rotate auditing firms regularly. This was supposed to prevent senior audit partners from becoming too cozy with management or falling victim to “groupthink.” Other reforms barred accounting firms from selling consulting services and tax advice to a public company while serving as its auditor. That was supposed to eliminate the conflict of interest that might make an auditor reluctant to upset management for fear of losing out on better paid tax and consulting business.

None of it seems to have done anything to reduce the incidence of audit failures. That’s because none of the reforms has actually fixed the underlying market failure: auditors are not paid by the people for whom they generate value. You see, auditors serve as a watchdog for shareholders, yes, but they also are vital to maintaining faith in public markets more broadly. True and fair financial reporting is a public good. But it is not paid for by the public.

Auditors are hired by an individual company’s board, which may or may not be a good proxy for the company’s shareholder base writ large, much less the interest of the public market as a whole. In fact, it could be argued that any individual company’s shareholders have little reason to want to hear inconvenient truths. The better a company’s results look, the more the stock will rise and the more money they are likely to make—at least in the short term. No, the only entities that benefit from the unvarnished truth are the market itself and the public more broadly.

How could this be fixed? Well, auditing could become a government function, paid for by taxes. But a good portion of the market failure could be remedied with a less radical solution: The auditing firms could be hired by the stock exchanges and randomly assigned to companies. The exchanges could pay for this by charging fees to companies that list on the exchanges and to brokers who trade on the market. So that none of the firms would be competitively disadvantaged by pure chance, the firms could be compensated on a sliding scale designed to reflect, at least to some degree, the complexity of the auditing assignment. For instance, accountants might earn more for auditing companies with larger market caps or higher revenues. To further improve audit quality, a firm should be paid a bonus each time it uncovers significant misreporting.

Of course, such a system would only work for publicly traded companies. In the U.K. in recent years, a number of failures by both private and public companies that were significant employers or held important government contracts have led to calls for changes in the way “Public Interest Entities” are audited. The result was The Brydon Report—named for Donald Brydon, the British businessman who chaired the committee that put it together—published in December 2018, which issued some 64 recommendations for strengthening audit quality in Britain. Some of these were bold, including the creation of a more powerful regulator, and even the creation of a whole new profession in which public company auditors would be considered a different breed from bog standard accountants. But, even as it acknowledged in its introduction that audit quality is a public good, the Brydon Report stopped far short of proposing fundamental changes in who pays for audits.

But I’m far from the first person to notice the market failure at the heart of auditing and suggest ways to fix it. Columbia University law professor and corporate governance expert John Coffee, in a paper published in June 2019, recommended that auditors should be publicly graded and that minority shareholders should be able to propose the hiring and firing of auditors, to help better align auditors’ interests with a company’s shareholders. (He also proposed auditors should be subject to class-action litigation in more parts of the world.)

Karthik Ramanna, a professor of business and public policy at Oxford University, says auditors should be stripped of their limited liability privileges and made personally liable for the financial consequences of audit failure (of course, that might also backfire, driving good auditors out of the profession).

Michael Whitmire, the CEO of accounting software company FloQast, comes perhaps the closest to what I propose here: He suggests making the PCAOB itself responsible for public company audits—paid for by a tax on public company revenues—in a November essay in CFO magazine.

In Wirecard’s case, if EY had been paid by the German stock exchange DAX, on which Wirecard’s shares were listed, and had been given an incentive bonus to find problems, would it have uncovered the malfeasance at the heart of Wirecard’s collapse? Perhaps not. But we could all be a lot more confident that it had at least tried.