What businesses can learn from a coronavirus-tracking breakthrough 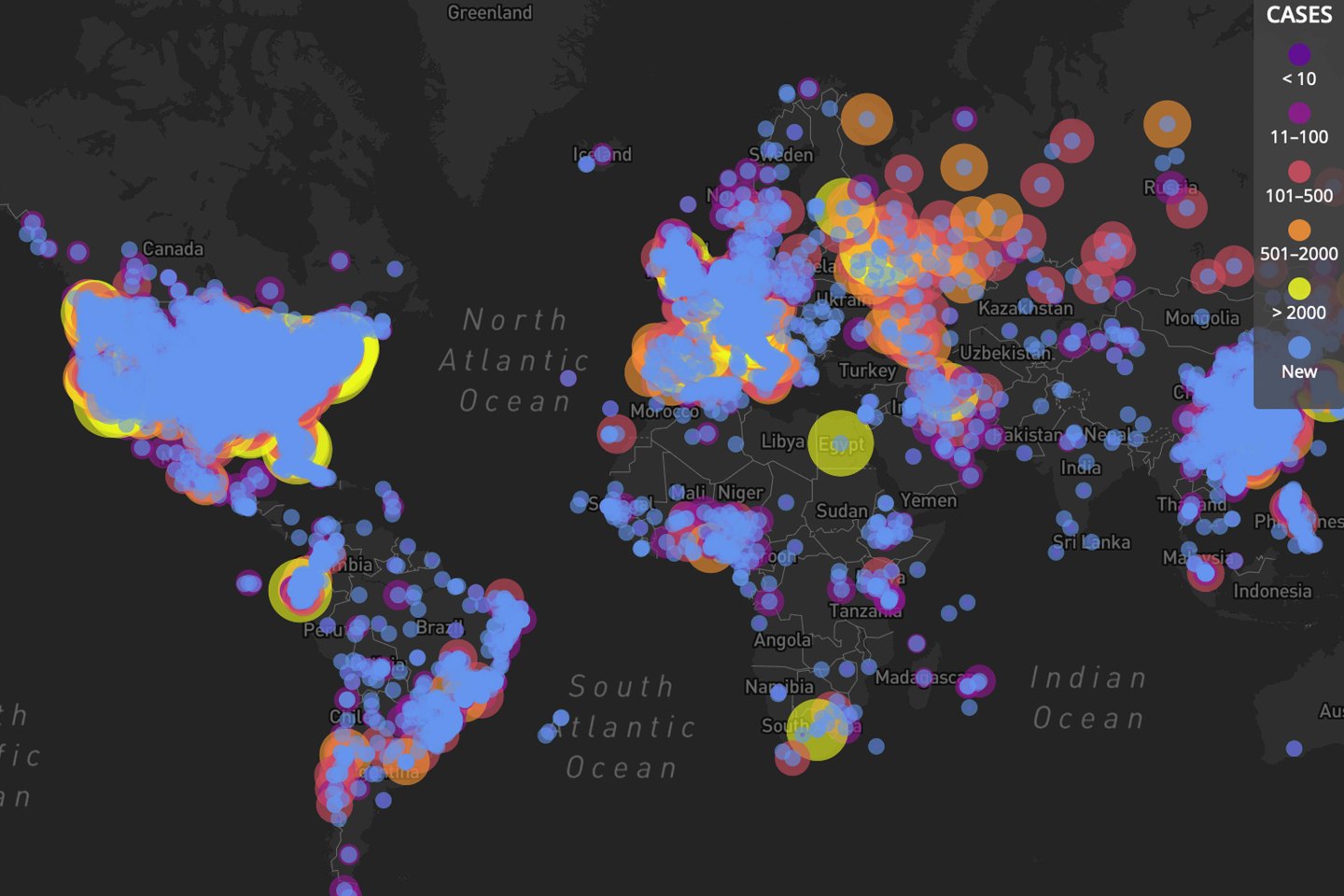 By mid-May Brazil was being ravaged by a brutal epidemic. COVID-19, which had already infected some 8% of the population, was beginning to swarm through the teeming cities of São Paulo and Rio de Janeiro. But it was a different scourge—a bone-crushing disease called dengue—that had already sickened nearly 700,000 Brazilians this year.

In the state of Mato Grosso do Sul (in Portuguese, the name means “Thick Bushes of the South”), a local newspaper reported a spate of recent dengue cases.

Five thousand miles away, in Boston, a machine-learning program plucked the news from an Internet site, mined the text (in Portuguese) for keywords suggesting an outbreak, and posted an “alert” on HealthMap—an online global disease warning system developed by epidemiologists at Boston Children’s Hospital.

On any given day, the global map on the nonprofit’s website is blanketed with over a thousand such alerts—each marked by a bright colored dot that links out to the source of the news.

The effort was cofounded in 2006 by John Brownstein, a Yale-trained epidemiologist who surmised that the data-filled detritus of the Internet—everything from local news reports to social media posts to chatrooms—offered potential real-time signals to the emergence of infectious disease. (One alert this May, for instance, was triggered by a Facebook post from the Public Works Department in Gainesville, Fla., which discovered a yellow fever mosquito, the same species that causes dengue, downtown.) “I thought, if you could tap into that, you could build a whole new view of global health,” says Brownstein, who is also the chief innovation officer at Boston Children’s Hospital and a professor of medicine at Harvard Medical School.

HealthMap screenshot showing the spread of Covid-19 in the US.
Courtesy of HealthMap

Indeed, HealthMap was among the first sites to unearth evidence of the novel coronavirus in China—sending an automated alert to the World Health Organization on Dec. 30 that a mysterious respiratory disease was spreading through Wuhan.

And yet as powerful as the idea of HealthMap is, its success is also likely due to who’s helping to implement it day to day: The nonprofit has nine current Google employees working there. These “Google.org Fellows” are specialists in data mining, database development, data visualization, user interfaces, mapping, and more who have been lent to the initiative through a program started by Google.org, the search company’s innovative philanthropic arm.

Created by Jacquelline Fuller, president of Google.org since 2013, the fellows program is just a year old. But it’s a model that every major company ought to borrow—a chance to combine in-house technological expertise with the world-changing ideas that are waiting outside an enterprise’s four walls.

For companies, it’s also an opportunity to bring knowledge back inside. “In every case,” says Fuller, “we’re learning as well.”

And that’s what gives this idea the power to scale.

In fact, if I might speak for my Fortune colleagues, we had a similar experience putting together this 66th edition of the Fortune 500: In every story we reported, we learned a lot as well. What more could you ask for?

A version of this article appears in the June/July 2020 issue of Fortune with the headline “Learning by giving.”