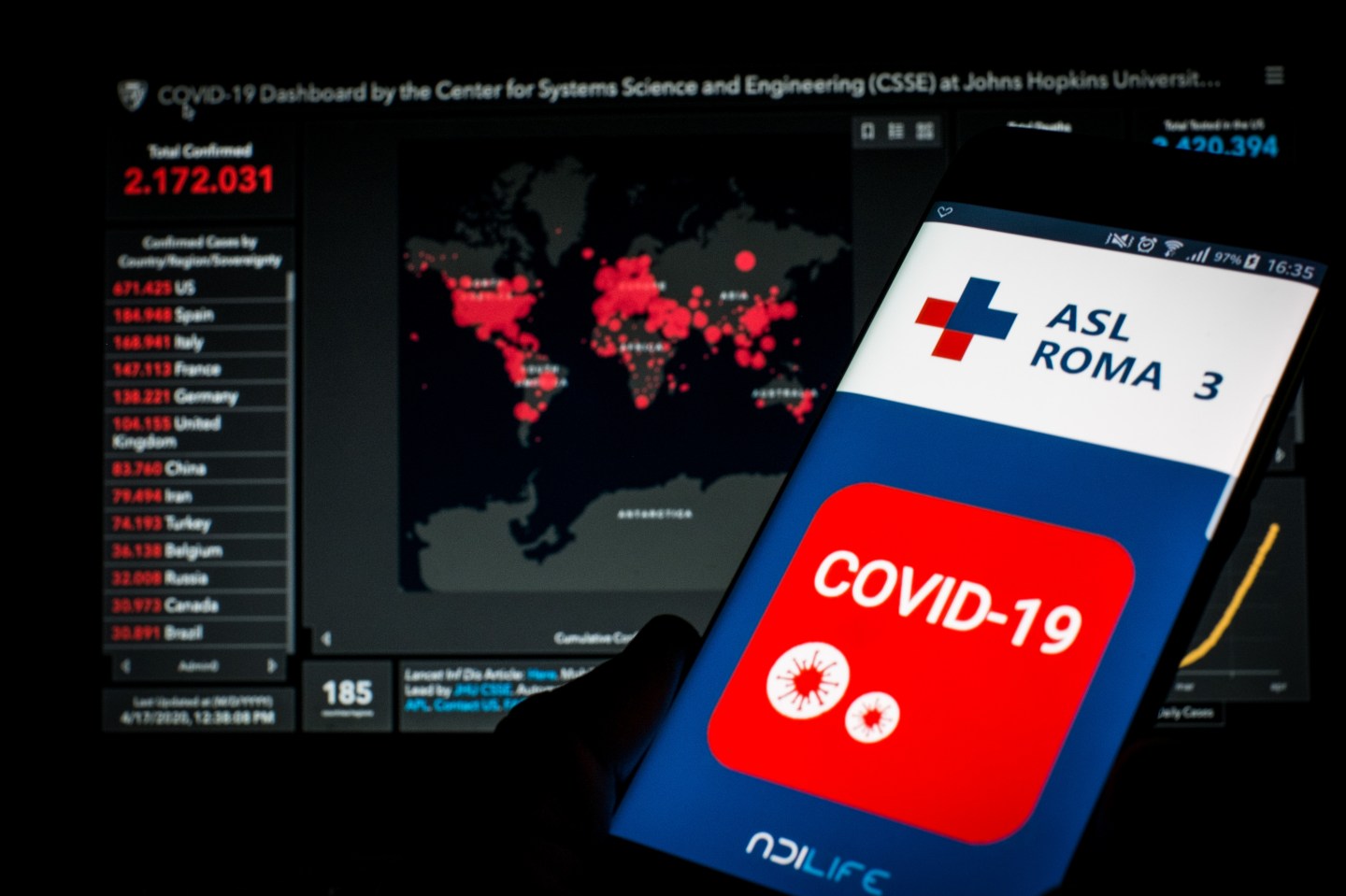 Italy's Immuni contact-tracing app, which is expected to launch in the coming weeks.
Andrea Ronchini-NurPhoto via Getty Images

Countries in the European Union are being urged to make their COVID-19 contact-tracing apps interoperable—for the sake of Europe’s $2 trillion tourism industry.

Very little non-essential travel between EU countries is allowed at the moment, as governments rapidly closed borders in March to stem the spread of the coronavirus outbreak.

This has contributed to devastation in the tourism sector, with countries such as Spain and Greece experiencing major hits to their economies. In the latest blow caused by the crisis, German travel giant TUI announced a whopping 8,000 job cuts on Wednesday.

Now, the European Commission is trying to get those borders made invisible again, as they effectively were before the pandemic struck. The EU executive branch does not have the power to force member states to do this—some, such as Germany and Austria, are moving independently to reopen their borders in mid-June—but on Wednesday it unveiled a package of recommendations in an attempt to pave the way for the wide return of free movement.

One key recommendation is that the contact-tracing apps deployed by various EU countries should be able to talk to one another, “so citizens can report a positive test or receive an alert, wherever they are in the EU and whatever app they are using,” the Commission said.

Using wireless Bluetooth technology, contact-tracing apps establish when users are close to one another and create a record of that event. If a user subsequently tests positive for COVID-19, they can give this information to the app so that other people, who came in close vicinity of that person, can be warned that they may need testing or quarantine.

If people are able to cross borders again, it’s not hard to see how a lack of interoperability would stymie the apps’ objective. However, each country is preparing its own contact-tracing app—and some have different ideas about how the technology should work.

The biggest momentum is behind the decentralized approach supported by Apple and Google, in which individuals’ health information is fully shielded from the governments and companies that allow apps to talk to one another. This is the approach that countries such as Germany and Italy are choosing.

But other countries, such as the U.K. and France, are currently on track to adopt a more centralized approach that would allow more integration with manual contact-tracing efforts, but that has riskier privacy implications—and that, without the support of the companies that make smartphone operating systems, could also prove buggy. “We are not against Apple and Google but we don’t want to be forced into a certain technology approach,” French digital affairs minister Cédric O told the Financial Times. “States should be able to make their own choices on such a critical matter—it’s a question of sovereignty.”

European countries do have sovereignty when it comes to their borders and health systems, but a lack of coordination won’t help getting travel and tourism back on track, the Commission is arguing.

“Interoperability is crucial, so that wide, voluntary take-up of national tracing apps can support the relaxing of confinement measures and the lifting of restrictions of freedom of movement throughout the EU,” it said Wednesday.

Not all EU countries are keen on the idea of contact-tracing app use being a prerequisite for border crossings—but they may have little choice. “Let’s be honest, if Germany or France were to impose a tracing app for any Luxembourger to cross their border, how could we oppose it?” asked Luxembourg parliamentarian Sven Clement, according to Politico.

App coordination wasn’t the only measure recommended Wednesday. To support travel firms that are in big trouble right now, the Commission wants to make vouchers rather than cash refunds a more attractive option for travelers whose trips have been cancelled—it said vouchers should be protected against the travel firms’ insolvency, and made automatically refundable if they aren’t claimed within a year.

The Commission set out a framework for the safe reintroduction of tourism, including factors such as health-system and testing capacity, and is also setting up a website featuring a digital map that will give tourists real-time information about border situations and travel restrictions.