Yet another way the coronavirus is disproportionately hurting women 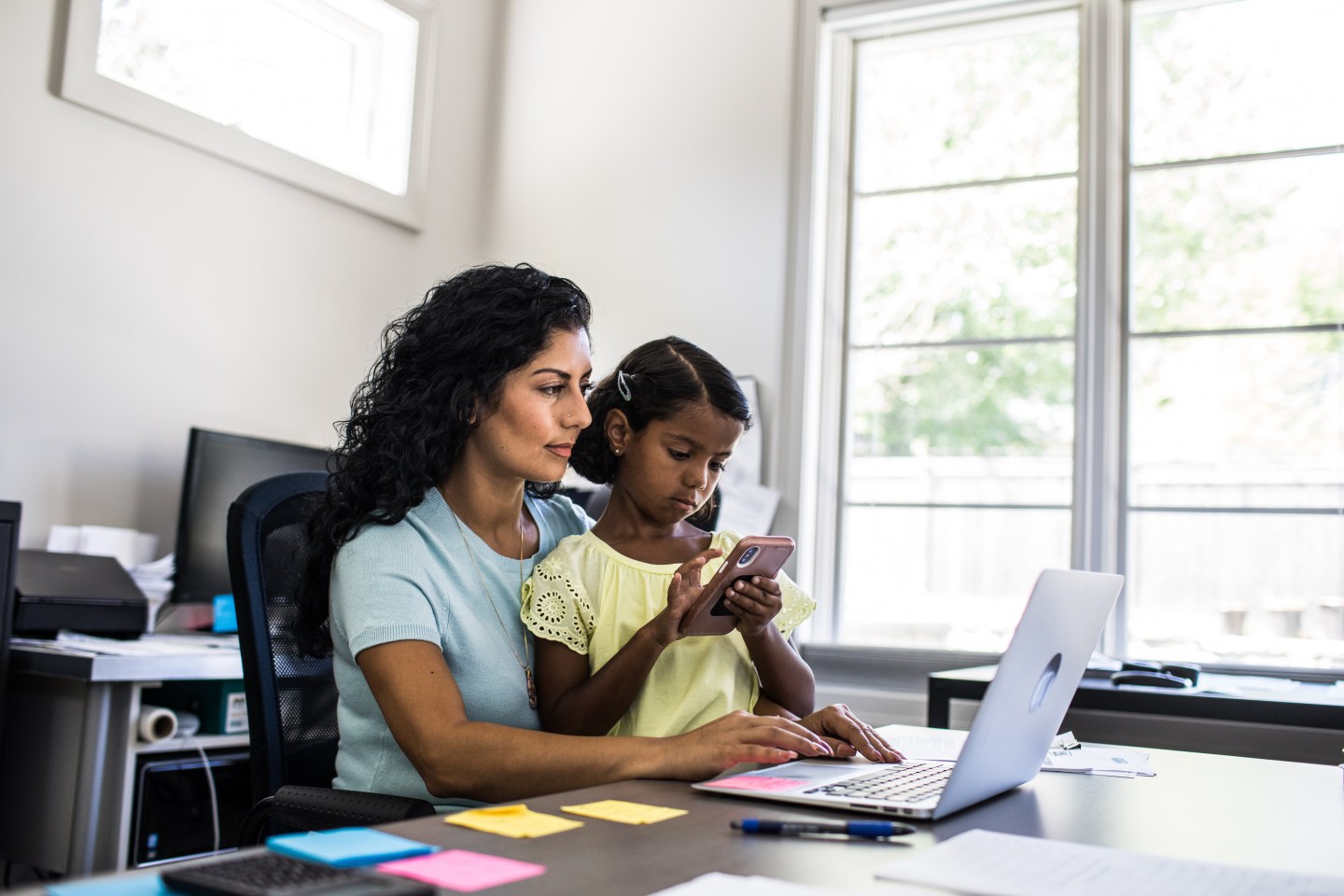 Good morning, Broadsheet readers! European venture capital does a worse job funding women than U.S. VCs, some Latin American countries separate genders in public to control coronavirus spread, and women are more likely to have considered quitting their jobs during the pandemic. Have a nice Thursday.

– The question of quitting. Over the past few weeks, has it ever occurred to you that pandemic-era life would be more manageable if you could just quit your job?

If so, you’re certainly not alone. In fact, Emma has a report out this morning on a new survey from pay equity software company Syndio that found that 14% of women have seriously considered leaving their job because of the family demands created by the COVID-19 crisis. A slightly smaller 11% of men said the same.

Emma spoke to Angela—she asked that we not use her last name (for fairly obvious reasons)—a mom who is considering leaving her job in the outdoor industry to help relieve some of her family’s childcare burden. Her situation is a common one: she makes less money than her husband, so if someone needs to step away, she says, it’s clear that it should be her. “The biggest part of my decision is how to best take care of my kids,” she tells Emma.

Between the financial strain of becoming a one-income household and the damage that a break from the workforce can inflict on women’s longterm career prospects and lifetime earning potential, this is a scary trend. Worse, it appears to be affecting some women more than others: the survey found that 26% of Hispanic women said they were considering quitting their jobs, compared to 15% of both black and Asian women, and 12% of white women.

We’ve all been reading about the myriad ways in which this pandemic is disproportionately hurting women. Looks like it’s time to add another one to the list… You can read Emma’s full story here.

And if you missed Fortune‘s virtual conversation about Seattle’s response to the COVID-19 outbreak—based on Erika Fry’s feature in the latest issue of Fortune—you can watch a replay here.

- Tasked with the task force. How are companies managing their responses to the coronavirus pandemic? Get an inside look at Lyft's COVID-19 task force and the women who run it: Fortune

- L Brands loss. The deal for L Brands to sell Victoria's Secret—which led to the departure of chairman and CEO Les Wexner, who was tied up in the Jeffrey Epstein scandal—may fall apart. Private equity firm Sycamore Partners wants to abandon its $525 million deal, citing store closures and furloughs as in violation of its terms. Wall Street Journal

- EU oops. Even though the U.S. venture capital industry doesn't do a great job funding female founders, it's still doing better than Europe. Women-only teams in 2019 got 0.4% of venture capital funding—compared to the U.S.'s 2.7%. Crunchbase

- Disney digs in. Abigail Disney, heir to the Disney fortune, weighed in on the company's decision to furlough theme park workers while still paying shareholder dividends and executive bonuses. "WHAT THE ACTUAL F***?" she tweeted. CNN

- Day by day. Some Latin American countries and cities—Panama, Peru, and Bogotá—have taken a drastic step to fight COVID-19: segregating men and women in public. Policies allowing women outside to get essential goods on some days and men to do the same on other days are intended to reduce the total number of people who are out and about. Financial Times

- Up next? With Kim Jong Un reportedly in ill health and without an adult male heir, observers are speculating about who could replace him as leader of North Korea. His sister, Kim Yo Jong, is a candidate; she's the "only other member of the Kim family with anything approaching real power in the regime." Bloomberg

- Civil liberties? Governors are in the spotlight for their coronavirus responses, but South Dakota Gov. Kristi Noem is taking an unusual approach. She has declined to issue a stay-at-home order and says that her citizens shouldn't "give up their liberties for just a little bit of security." Guardian

- Following precedent. Supreme Court Justice Elena Kagan sided with the conservative wing of the court to dissent this week in Ramos v. Louisiana, a decision that struck down the practice of conviction by a non-unanimous jury for serious crimes. This piece examines Kagan's commitment to precedent, the key factor in her decision here: Slate

Do you hate me for my yard? The Cut

"The first week, I was kind of enthusiastic about it—we’re going to be a family and be a unit! But now we’re sort of trapped."

-Tanya Denise Fields, a mom of 6 who contracted COVID-19, on life in quarantine