What we know about COVID-19 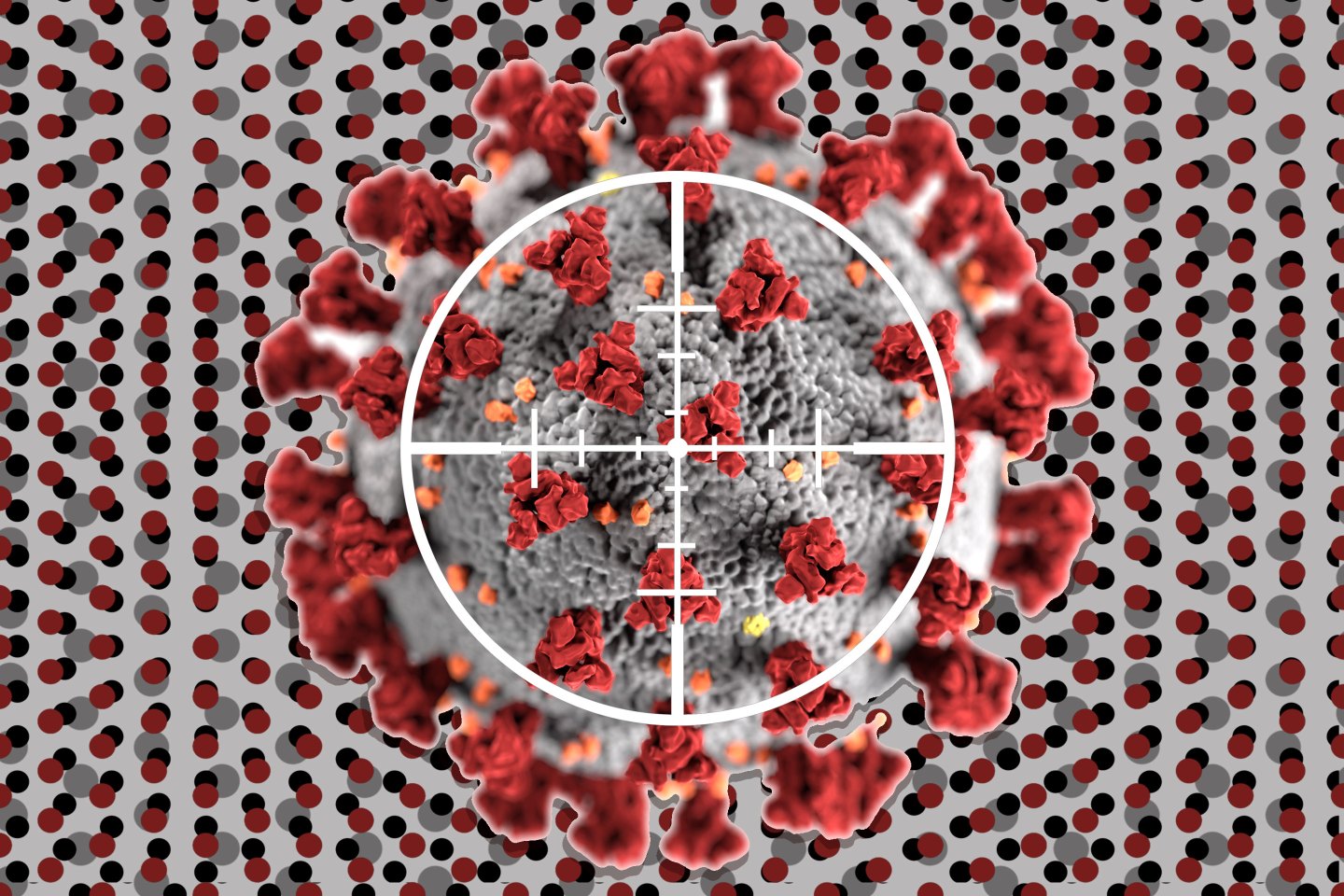 This article is part of a Fortune Special Report: Business in the Coronavirus Economy—a look at the impact of the pandemic on more than 50 industries.

Epidemiology is a science of “seems to be” steps. Researchers plot data points on a map and speculate connections between them, conjuring up likely nodes of infection and possible vectors of transmission. Such guessing, if you will, forms the basis for hypotheses, and then the truly hard work begins: Scientists gather evidence—systematically, painstakingly—until they can prove or disprove those theories.

That’s what John Snow, history’s most famous epidemiologist, did in 1854, when he plotted deadly cases of cholera on a map of London, eventually tracing the outbreak to a single contaminated well and water pump. And that’s what’s happening now, with the novel coronavirus and respiratory disease it causes, COVID-19.

As we enter the fifth month of this worldwide crisis—a viral pandemic that has grown feverishly to nearly 2 million confirmed cases in 185 countries or regions, and more than 125,000 deaths, according to researchers at Johns Hopkins University—there are still plenty of mysteries to solve. How many people are unknowingly infected with (and possibly spreading) the virus? How long will the pandemic last? When is it safe to go back to work? Well, no one quite knows.

As to the question of how the coronavirus will reshape the global economy—How much damage will it do? Which industries will suffer the most, bounce back, be reinvented?—we have devoted this entire issue and most of our daily online coverage to investigating. Virtually our entire editorial team has spent the past few months plotting data points on unfinished maps and doing our best to draw meaningful patterns among them. It’s guesswork, to be sure—though you might think of it as financial epidemiology as well.

But in the sea of seems-to-bes, maybes, and outright unknowns, there are also things that we do know—and cataloging those lessons will perhaps keep us from repeating our mistakes again.

“Let’s start with the premise that we’ve been complacent about our preparation for such a pandemic,” says Steven Corwin, who is both a physician and the president and CEO of New York–Presbyterian hospital. “And I don’t think there’s any question—whether it’s an individual hospital, whether it’s as a country, we’ve been able to skate by.” For all the would-be plagues that have threatened American shores in the past couple of decades—SARS, MERS-CoV, H1N1 influenza, even Ebola—none delivered the knockout blow to the U.S. that COVID-19 has, even if a few were devastating elsewhere. Our false sense of security has led us to put off tackling important questions, Corwin says: “What do you need in the Strategic National Stockpile? How fragile is the supply chain? How much are we dependent upon just-in-time delivery—which, though it makes us more efficient in terms of health care, doesn’t necessarily provide resiliency?”

If we had the capacity in place in mid-February to test 100,000 samples a week, it could have made a very big difference.

Scott Gottlieb, a physician and former commissioner of the FDA

As it happens, the pandemic answered those questions for us. “We’re now at the peak of this in New York,” says Corwin, in early April. “We’re using 700,000 masks a week, and we’re 20% of the New York system—which works out to 3.5 million masks this week for the downstate New York area. At that rate, the Strategic National Stockpile doesn’t go a long way.” Health and Human Services Secretary Alex Azar told a Senate committee in February that the Strategic National Stockpile had a mere 30 million surgical masks and 12 million respirators (the N95 masks that filter out most smaller viral particles) in reserve, plus a few million more that were likely past their expiration date.

We know that our medical and pharmaceutical supply chains are vulnerable. It’s not only masks and other personal protective equipment (PPE) that largely come from China. That nation, for example, is also the world’s largest producer and exporter of active pharmaceutical ingredients, the chemical feedstock of modern medicine. China also produces many of the chemical reagents that are used in disease diagnostics, such as polymerase chain reaction (or PCR) tests that identify viral strains. So, if in the midst of a pandemic, the supply starts there, the chain may break before it gets here.

On that front, we know that, when it comes to a potentially pandemic strain—a virus that is both virulent and easily transmissible from human to human—any lag in diagnostic testing can be catastrophic. That has been the case with the novel coronavirus, for which widespread testing was badly delayed due to the development of a flawed diagnostic test at the CDC. But the bigger problem wasn’t the glitch in the government’s assay; rather, it was the policy of centralizing testing at one federal lab. Centralizing, in short, just meant bottlenecking.

“Even if everything went perfectly, even if the CDC tests had rolled out perfectly, there was no way that the screening capacity in the U.S. was going to be robust enough to deal with a pandemic strain here in the U.S.,” says Scott Gottlieb, a physician and former commissioner of the FDA, which regulates such diagnostics. “You always had to get the academic labs [at universities] and the clinical labs in the game. And that takes time. So you needed to be working with them in January to get them ready for February and March.

“If we had the capacity in place in mid-February to test 100,000 samples a week,” says Gottlieb, “it could have made a very big difference.” Corwin agrees: “All the scenario planning around this type of virus was predicated on early testing and diagnosis.”

Which brings up something else we know: A plan is not a process. When I reach Bruce Gellin, the president of global immunization at the Sabin Vaccine Institute, he—like most everyone else in America—is under home quarantine, which has afforded him time to clean out his garage. There, under piles of Beanie Babies and other 1990s detritus, Gellin has found volumes of several of the federal government’s plans to fight a viral scourge. “We had a plandemic,” quips Gellin, a former deputy assistant secretary for Health and leader of HHS’s National Vaccine Program Office. In 2005, under the Bush administration, he led the creation of America’s first pandemic influenza preparedness and response plan.

This was the “bird flu” era, and federal policy makers were imagining the economic and social costs of quarantining huge swaths of the population, if it came to that. “One of the principles was outlining the backstops that needed to be in place to allow people to stay in place,” Gellin recalls. “How would a nurse be able to work if her school-age kids were home, for example? How would someone living hand-to-mouth not get kicked out of her house if she can’t work—or a homeowner not default on a mortgage? There is a huge cascade of stuff that has to happen if you’re going to force people to stay at home.” Such “community mitigation,” as they called it, was just part of the planning within the plan. In the era of COVID-19, we are all learning how essential such questions are.

Bruce Gellin is the President of Global Immunization at the Sabin Vaccine Institute and was the key HHS official in the George W. Bush administration.
Sharon Gellin

Finally, the most powerful lesson of all­ may come from witnessing government inaction in the face of a once-in-a-generation challenge—and knowing the cost of that paralysis.

After President George W. Bush tapped Michael Leavitt to succeed former Wisconsin Gov. Tommy Thompson as secretary of Health and Human Services in December 2004, Leavitt asked all of the agency’s operating and staff division heads to come over and brief him on their respective portfolios.

“He was trying to decide who to keep, maybe, and who not to keep,” says Stewart Simonson, then a former assistant secretary for Public Health Emergency Preparedness and now assistant director-general for the World Health Organization’s office at the United Nations. “And so I went over to brief on the preparedness and response portfolio, and then at the end of the meeting, I gave him two books: The Great Influenza—John Barry’s book on the 1918 flu epidemic—and the 9/11 Commission Report.

“And what I said is—something to the effect of that we know we will have another 1918. It’s inevitable. It’s just a matter of time. And if it happens while you’re secretary, and you’re not aware of the threat, this other book’s next volume will be about you.”

A version of this article appears in the May 2020 issue of Fortune.

—How Fortune 500 companies are utilizing their resources and expertise during the pandemic
—Inside the surreal “Mask Economy”: Price-gouging, bidding wars, and armed guards
—The IRS just launched “Get My Payment” portal for tracking your stimulus check status
—Should you fear government surveillance in the coronavirus era?
—If you’ve been a little busy lately, here’s what’s going on with the 2020 election
—The coronavirus crisis is fintech’s biggest test yet—and greatest opportunity to go mainstream
—There are 32 authorized coronavirus tests so far—here’s how they differ
—PODCAST: COVID-19 might have upended the concept of the best companies of the year
—VIDEO: 401(k) withdrawal penalties waived for anyone hurt by COVID-19