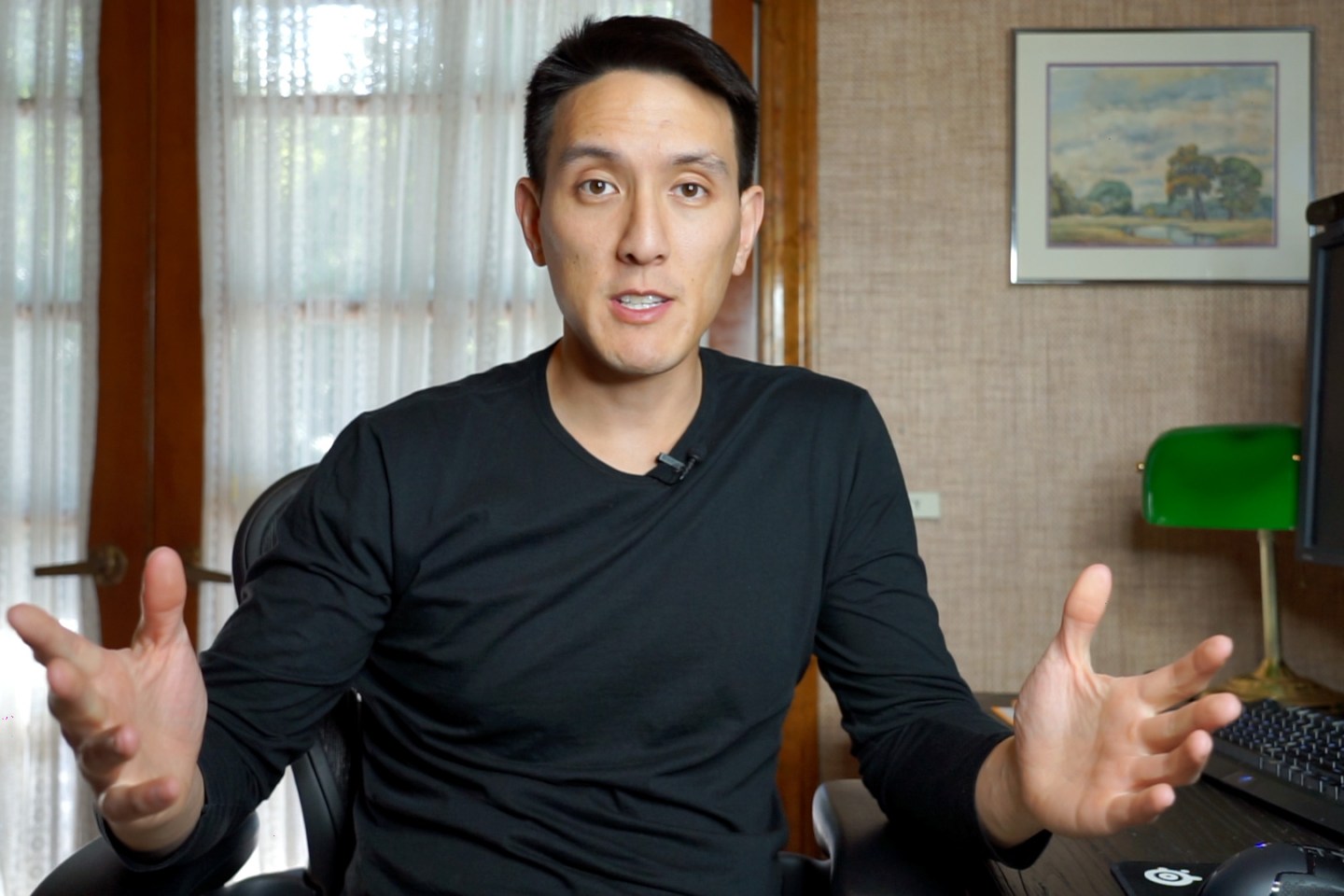 Humphrey Yang, a 32-year-old e-commerce entrepreneur, spent a recent Saturday night counting 10,000 individual grains of rice to explain the scale of money to teenagers on TikTok.

He wanted to help them visualize $1 billion and provide context about what it means to have that kind of money. His example: Amazon’s billionaire CEO Jeff Bezos, whose net worth was estimated to be $122 billion at the time of Yang’s video.

“Jeff Bezos has 58 pounds of rice if each grain of rice is $100,000. Look at how big that is, guys. That’s insane,” Yang says in the video, as he sticks a keyboard in the pile of rice meant to represent Bezos’s riches.

The project culminated in two viral 60-second videos that garnered a combined 2.2 million views on TikTok, a short-form video app popular with teens. He told Fortune that part of the reason he thinks it resonated with viewers is that it provided “a shocking visual representation.”

This isn’t the first time Yang has posted an explainer on the topic of money. He has videos about Social Security taxes, the stock market, and credit scores. With more than 2.1 million video likes on TikTok, he’s one of a growing number of personal finance influencers gaining prominence and clout on the platform.

Even though TikTok is a platform largely used by teens to post silly dance videos, Yang uses his channel to impart lessons on budgeting, saving, and investing to his 305,000 followers—all in under 60 seconds.

“I’m just trying to capture your attention and give you some information to pique your interest so that you go do the research yourself,” Yang said. “It’s pretty often that I get messages saying, ‘I wish my school taught this.’”

Yang has a point. Twenty-one states mandate that schools integrate personal finance content into existing classes, such as math, economics, and technology courses. But only six states require that high school students take a stand-alone personal finance course to graduate.

The statistics paint an even bleaker picture. In 2012, the Programme for International Student Assessment (PISA) conducted a worldwide financial literacy study that measured the proficiency of 15-year-olds in applying financial knowledge.

How did American teens perform?

“The average American student doesn’t fare very well compared to the countries and economies that participated in [the global financial literacy study],” says Annamaria Lusardi, an expert on financial literacy and financial education who helped lead the PISA study. “And then when we look at the adult population, the numbers are really frightening.”

Lusardi, who teaches at George Washington University, teamed up with Olivia Mitchell, a professor at the Wharton School, to develop five questions that indicate a person’s financial literacy. For example, one of the questions posits: “Suppose you had $100 in a savings account and the interest rate was 2% per year. After five years, how much do you think you would have in the account if you left the money to grow?”

Only one-third of the U.S. population was able to answer these questions accurately.

“In finance, ignorance is not bliss,” Lusardi says.

Lusardi conducted a study on financial knowledge among young people in 2010, and she found that women were less likely to respond correctly to each of the “Big Three” questions that indicate financial literacy. The small group of young people who were deemed to be financially literate was disproportionately young males from college-educated families.

“If we don’t have financial literacy in schools, some groups will have a lot of difficulty in learning it,” Lusardi says, “because where are they going to learn it?”

To Haley Sacks, the answer to that question was Google. Sacks had just secured her first full-time job when she was asked how much she wanted to contribute to her 401(k). “I sort of faked that I understood it, and then I tried to learn about it and felt really underserved by the content that was available to me,” she said.

In doing research, she realized just how important these seemingly small decisions were to her financial future. So she asked herself the question: Why hasn’t anyone told me about this?

She began learning about it, and to hold herself accountable, she began making content about complicated topics in a way that she and her friends could grasp. Sacks started a YouTube channel called Mrs. Dow Jones where she uses pop culture to explain thorny financial concepts to an audience that doesn’t understand Wall Street jargon.

Sacks has used Taylor Swift’s career arc to explain stocks, the Kardashians to show the difference between a 401(k) and a Roth IRA, and The Bachelor to liken finding love on TV to investment banking.

Sacks, who has roughly 3,000 followers on YouTube and 120,000 on Instagram, says, “I want to help ease the transition for young people into adulthood and onwards for their own financial journey.”

Lately, Sacks has leaned heavier on the personal finance content, adding that she’s currently studying to become a certified financial planner so she can go a step further and give her followers actionable advice.

“With Gen Z, we’re going to see the biggest generation of entrepreneurs,” she says. “That means that all those people are going to have to learn how to pay themselves, manage their money, and pay their taxes. We just have to arm them with information.”

Katie Swanson, a mother of two, has become a full-blown celebrity on the platform for a hobby that’s been popular across generations: couponing. Known as “Coupon Katie,” Swanson has amassed 1.3 million followers on TikTok, and her coupon-clipping videos have received more than 36 million likes.

“A lot of people tell me that they thought couponing is something their moms or grandmothers did, but they never thought that they can actually supplement an income with it,” she said.

Swanson admits that TikTok is consumed largely for entertainment, so most of her videos are a mix of “silly and informative.” The line between education and entertainment can be a fine one, especially on a platform that only allows videos that last 60 seconds or less.

The quality of the content is precisely what researcher Lusardi worries about. “We have to be careful because you can lose a lot of the substance,” she says. “We cannot leave it to the people on TikTok to teach personal finance. This is a topic that belongs in school.”

Three tips for taking charge of your finances:

2. Forgo instant gratification: “Short-term satisfaction is usually not worth the sacrifices you make long-term. Is buying that $200 Supreme shirt really worth it in the long run? My answer would probably be no. The majority of young people are too shortsighted. As a result, they might get themselves into credit card debt.” —Humphrey Yang

3. Invest in knowledge: “Knowledge is that essential ingredient that allows people to navigate all sorts of financial decisions. Finances are personal, so these very generic tips and suggestions sometimes do not apply to our very specific cases. We need to gain that basic knowledge because it really does pay high interest. If you’re a young person in school or college, get educated. Don’t miss that opportunity.” —Annamaria Lusardi

—How the founder of Jersey Mike’s started a billion-dollar business
—Why dog walkers make more than childcare and eldercare workers
—How to take over for a hands-off boss
—Accenture CEO Julie Sweet on her company’s rapid-fire transformation
—Listen to Leadership Next, a Fortune podcast examining the evolving role of CEO
—WATCH: Can you be a leader and an introvert?