Fortune poll: 63% of Americans worry they won’t be able to pay their bills during the coronavirus crisis 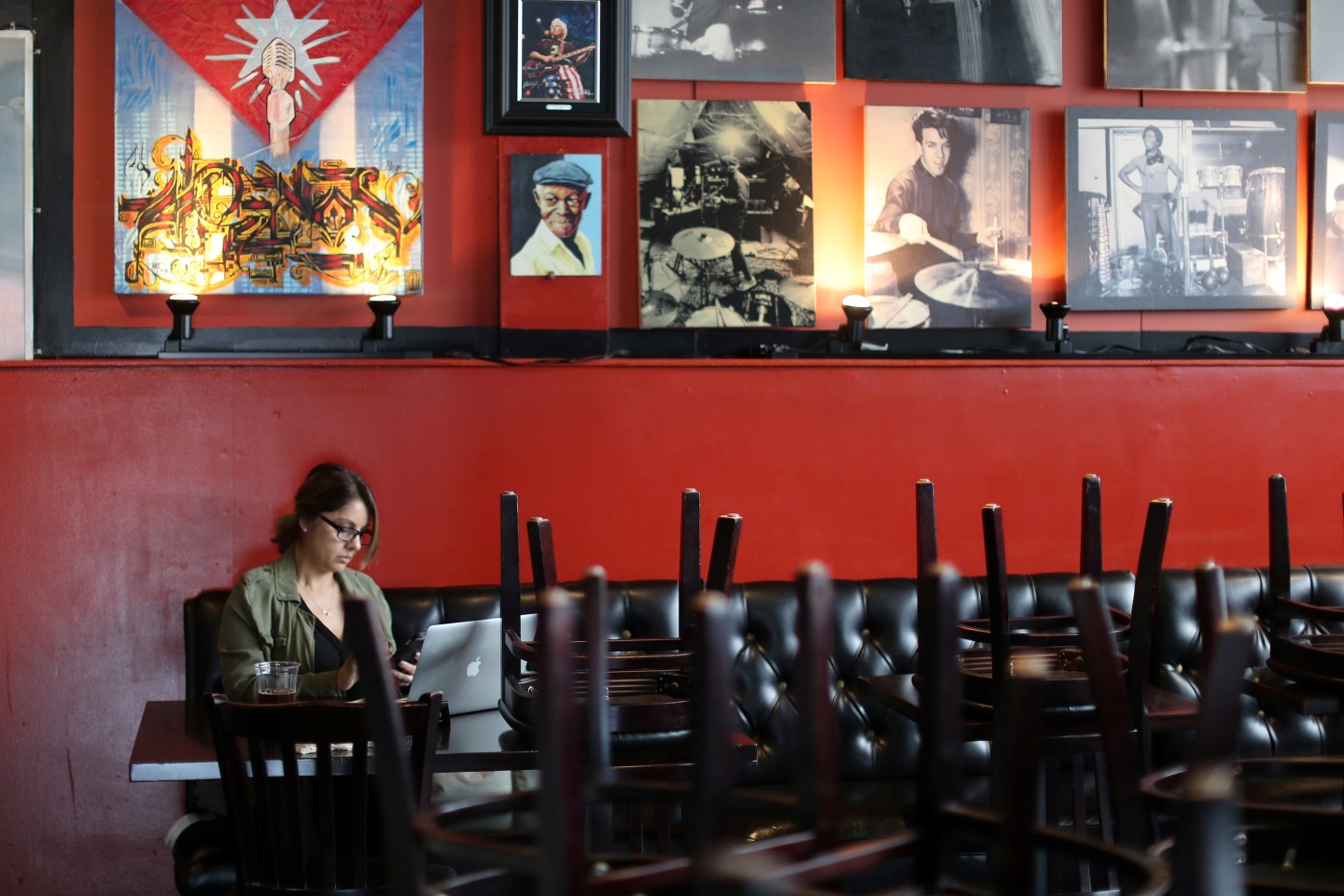 Susan Upton, 53, works on her computer at her family restaurant Mambos, which is being forced to close after 32 years, due to the global outbreak of the coronavirus disease (COVID-19), in Glendale, California, U.S., March 18, 2020. REUTERS/Lucy Nicholson
Lucy Nicholson—Reuters

The number of coronavirus cases in the U.S. is growing at a rapid pace, and the fallout is spilling over into everyday life in a way not seen in generations.

To get a sense of how the coronavirus outbreak and its economic shocks are impacting households, Fortune and SurveyMonkey polled over 2,900 Americans between March 16 to 17. We performed a similar survey between March 9 to 10—and now we can see how opinions have changed in just one week.

1. Americans are ramping up spending on groceries and household items.

The shock caused by the coronavirus outbreak has Americans shifting how they’re spending their money. As panicked buyers rush to stock up, the Fortune-SurveyMonkey poll finds around half of Americans are spending more on groceries (53%) and household essentials (40%).

Meanwhile, many Americans are spending less on eating out (51%), travel (38%), entertainment (33%), and transportation (22%). These decreases in spending are likely to result in layoffs or cut hours in those industries.

2. Republicans’ opinions on the economy have shifted the most over the past week.

Americans across the board became more concerned that a recession is likely in the next year. But no group saw a bigger swing than Republicans. Last week, 47% said a recession is likely. This week, 75%. This shift comes during the same period that Donald Trump is calling for stimulus packages and government relief for some industries.

3. Modest-income households are hit hardest by the coronavirus fallout.

Financial stress isn’t hitting evenly across America: A total of four in five households with incomes under $50,000 aren’t sure they’ll be able to pay all their upcoming bills. That compares with just two in five households with incomes over $100,000 who are in a similar situation. Many well-paid white-collar workers are being allowed to work from home, while employees of bars, restaurants, and the tourism industry are seeing layoffs or cut hours.

Among all respondents, 63% say they aren’t sure they’ll be able to pay all their upcoming bills, although the federal government has halted student loan interest payments, and state governments like New York have frozen mortgage payments. That has doubled from last year: In an April 2019 Gallup poll with the same wording, 36% of Americans said they weren’t sure about it.

*Methodology: The Fortune-SurveyMonkey poll was conducted among a national sample of 2,960 adults in the U.S. between March 9–10. This survey’s modeled error estimate is plus or minus 3 percentage points. The findings have been weighted for age, race, sex, education, and geography.

As a perk of their subscription, Fortune Premium subscribers receive Fortune Analytics, an exclusive newsletter that shares in-depth research on the most discussed topics in the business world right now. Our findings come from special surveys we run and proprietary data we collect and analyze. Sign up to get them in your inbox.