Fortune poll: A whopping 75% of Americans are worried the coronavirus pandemic will hurt the economy 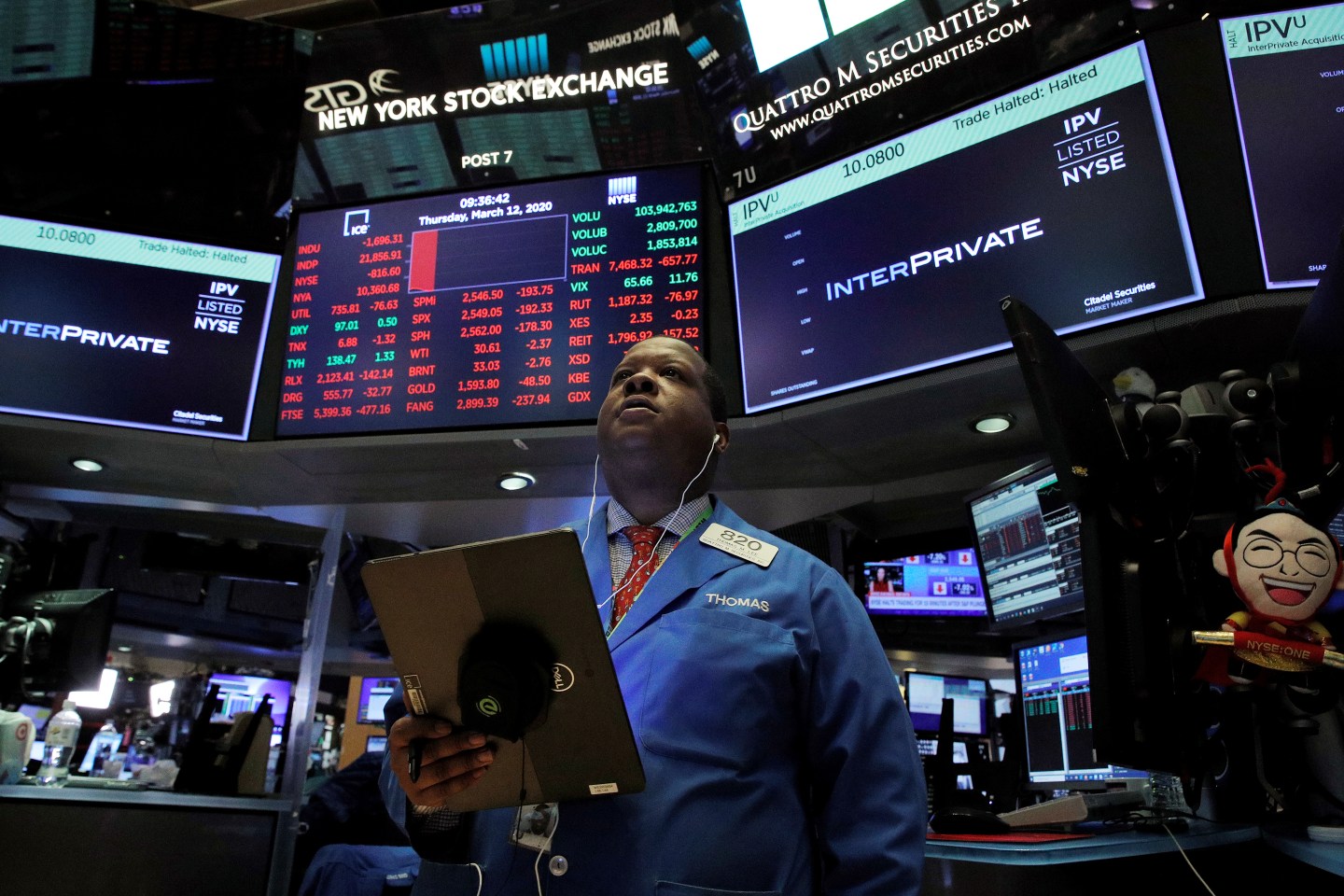 You’re receiving this newsletter as a benefit of your Fortune subscription. Thank you for supporting our journalism.

Here’s what to expect.

Each week, I’ll present you with our exclusive research on the most discussed topics in the business world right now.

Our findings come from surveys we run or proprietary data we collect and analyze. Here are some surveys we’ve already done of more than 50,000 American consumers, executives, and investors:

The coronavirus outbreak is getting bleaker: Cases are rising, containment looks unsuccessful, and the WHO has named it a pandemic. The economic impact is causing mounting losses on Wall Street—ending the 11-year bull market.

How concerned are Americans about COVID-19? Following the market plunge on Monday—the biggest percentage drop in the Dow Jones since 2008—Fortune and SurveyMonkey teamed up to poll 2,111 Americans between March 9 and 10*. We asked for their thoughts on the coronavirus outbreak’s effect on travel, markets, and the economy.

For our respondents, the coronavirus is a serious threat to the economy—a whopping 3 in 4 fear the virus will have a negative impact. Life as they know it is changing: Nearly half of them are reconsidering their domestic travel plans and almost 2 in 3 are reconsidering international ones. They’re coming to terms with the prospect that the outbreak may end the longest economic expansion in the country’s history.

But there is a silver lining, however faint: More than 6 in 10 Americans with money invested in stocks told Fortune-SurveyMonkey that they think now is a good time to be in the stock market. Our poll was conducted following a historically big stock market plunge, and many people may consider buying the dip. (Is that really a good idea or not? Decide for yourself.)

At-risk Americans are the least concerned with the virus.

The Centers for Disease Control and Prevention includes older adults among those at a higher risk of getting very sick from COVID-19. Yet out of the age groups surveyed, those over the age of 65 are the least concerned with being exposed to the virus. Those who are between the ages of 25 to 44 are most concerned.

“Younger Americans are more concerned than older people about the dangers of COVID-19, and they’re far more likely to have taken actions to protect themselves,” writes Karen Harris, a managing director of Bain & Company’s Macro Trends Group. Bain & Company published a report this week that also found older Americans to be less concerned.

Americans see the outbreak hurting the economy—and Democrats are more worried than Republicans.

It seems just about everything these days breaks down along political lines—even pandemics. Around 3 in 10 Republicans aren’t worried about COVID-19 impacting the economy, compared to only over 1 in 10 Democrats who say the same thing. Many more Republicans are optimistic about investing in the markets, too.

That said, the majority of Republicans still worry this virus will have a negative impact on the economy. And they have good reason, when nearly 75% of firms report the outbreak has disrupted their supply chains, according to an Institute for Supply Management survey published Wednesday.

As the virus spreads, Fortune Analytics will continue to take a pulse on what Americans are thinking.

In the meantime, I’d love to know what you think of the newsletter. Email me with feedback at lance.lambert@fortune.com.

*Methodology: The Fortune-SurveyMonkey poll was conducted among a national sample of 2,111 adults in the U.S. between March 9 to 10. This survey’s modeled error estimate is plus or minus 3 percentage points. The findings have been weighted for age, race, sex, education, and geography.