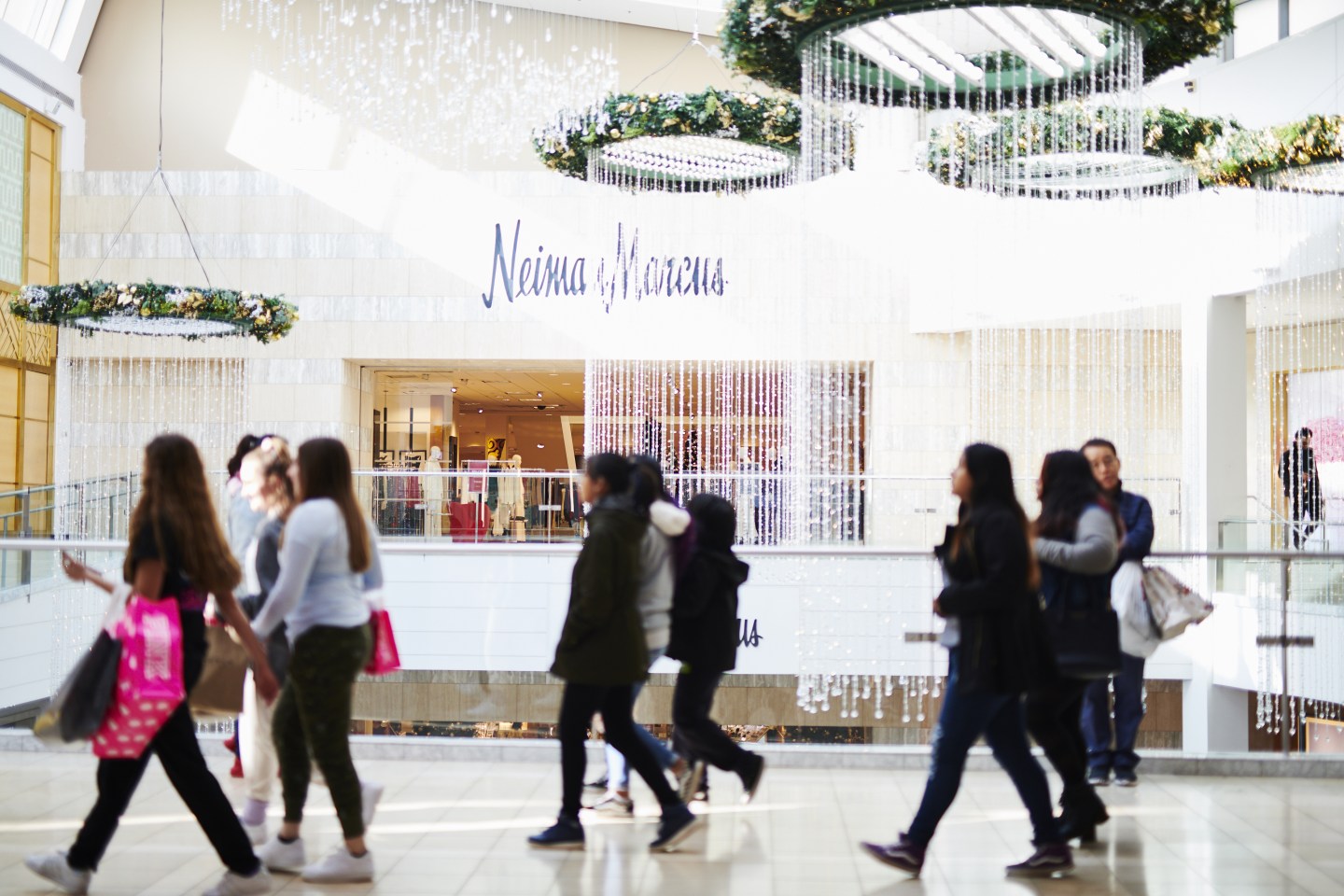 Neiman Marcus, a top U.S. luxury retailer, is largely getting out of the discount store business.

The Dallas-based department store chain announced on Wednesday that it was closing most of its 22 remaining Last Call discount stores, saying it preferred to focus on its high-end business. The closings will result in 500 jobs being eliminated by the end of the year. The company is also cutting 250 non-sales jobs at its full-line department stores.

“My focus is to grow the American luxury customer’s loyalty, their share of [spending],” Neiman Marcus Group chief executive Geoffroy van Raemdonck told Fortune. In September 2017, Neiman Marcus Group began culling the discount chain, closing 10 of what were then 38 Last Call stores, as it looked to shore up its luxe cred.

In the last 15 years or so, outlet stores became catnip for retailers, particularly upscale department stores looking for new sources of growth as their core businesses struggled with the proliferation of online retailers and luxury brands expanding their own stores and e-commerce businesses.

Nordstrom now has 243 Rack stores, up from 89 a decade ago, while Saks Fifth Avenue has recently cut the number of its Off Fifth outlet stores after an aggressive expansion in the mid-2010’s. Macy’s Inc’s Bloomingdale’s has also gotten in on the action.

In the case of Nordstrom, the logic was that such stores were a way to get a younger, less affluent shopper on board and then later hope that customer “graduates” to its full-price business. But broadly speaking, outlet stores have trained many shoppers to look for and expect discounts and low prices, anathema to a high end retailer and damaging to profit margins.

Van Raemdonck says Last Call has not proved to be a “feeder” through which to win over new, younger customers. He says those customers have discovered the full-price Neiman Marcus business on their own. And it’s not the best use of Neiman’s resources.

“Investing in Last Call [capital spending], inventory, marketing is not investing in the core of our business,” he said.

Strengthening that business is a top priority for Neiman Marcus as it grapples with a quickly changing luxury industry and a massive debt load.

Neiman, a privately held company that also owns Bergdorf Goodman, used to file quarterly reports with the Securities and Exchange Commission because its debt was traded on the public markets. It stopped doing so last autumn because the number of lenders had fallen below a threshold requiring it to. But in its most recent public report, Neiman reported long term debt of $4.5 billion, a massive load for a retailer with sales of about $5 billion.

To help its finances, Neiman is selling off two distribution centers it owns but leases out in Texas, saying it doesn’t not want to be a landlord. And to improve customer service, it has brought its store and e-commerce teams under one executive, chief retail officer David Goubert. That will entail things like better use of tech to track what a customer buys, whether at a store or online, and the CEO hopes, stoke loyalty.

Van Raemdonck, a former Ralph Lauren executive who became CEO two years ago, says Neiman Marcus has reported seven quarters of comparable sales growth in the last nine quarters and thinks that streamlining the company is the way to keep the momentum. The company will file its latest quarter next week. (Nordstrom reported sales growth in its full-price business for its most recent quarter, while Saks Fifth Avenue saw a decline.)

Some 40% of Neiman Marcus sales come from customers who spend at least $10,000 a year. And focusing on true luxury rather than discounting, repeat business from the well-heeled is the path forward for Neiman, van Raemdonck says. “The customer we have is a luxury customer.”

—After the tornadoes, Nashville’s businesses reckon with loss and the future
—Old Navy chief Sonia Syngal named CEO of all of Gap
—Coronavirus is affecting everything, even Diet Coke
—How “for women, by women” Lola views its investor’s Trump ties
—How Home Depot turned itself into a Black Friday destination