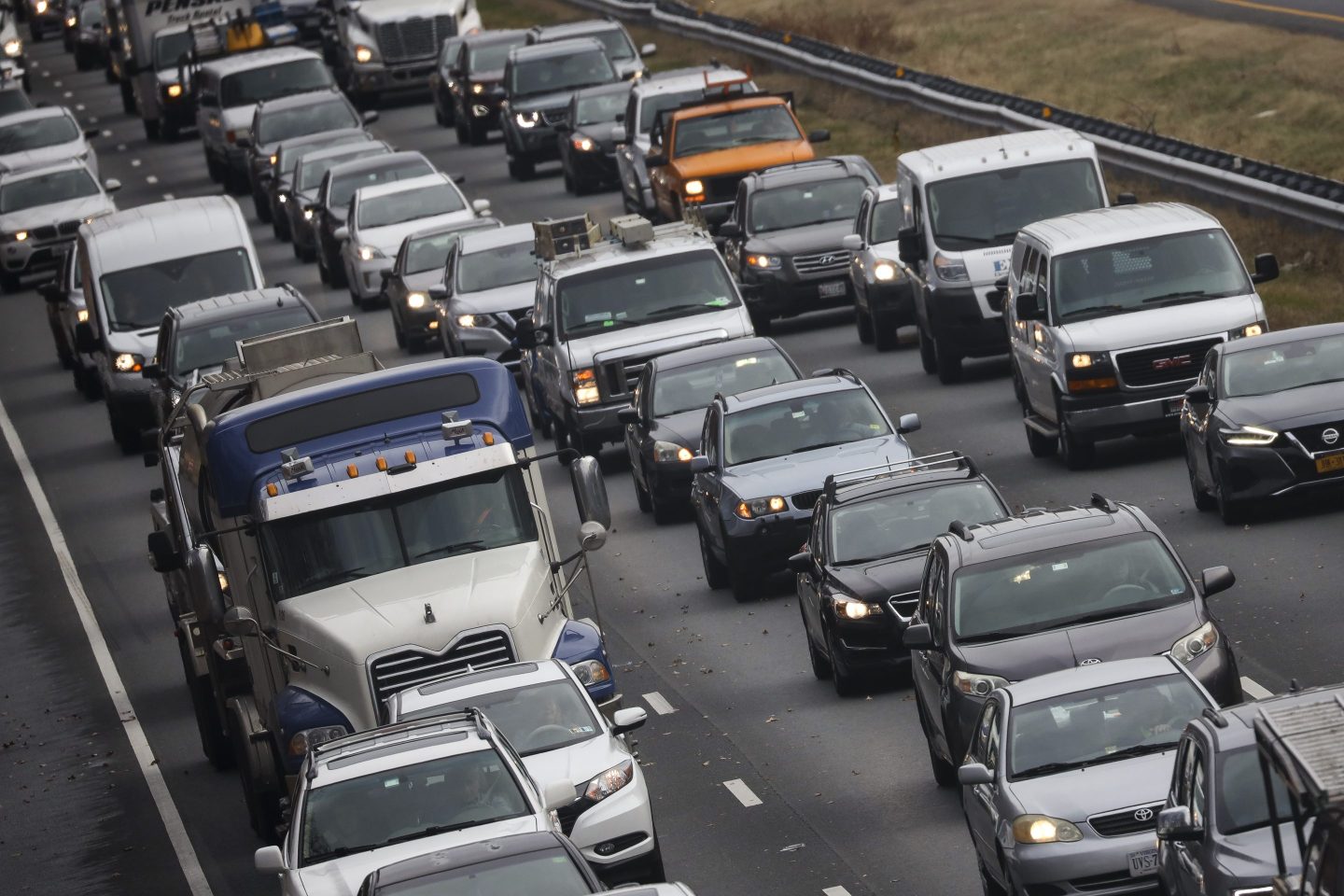 In 2018, an estimated 40,000 Americans died in traffic accidents. Sadly, an estimated 94% of these accidents are due to human error, according to a 2015 study by the National Highway Traffic Safety Administration (NHTSA).

Thankfully, an innovation that could significantly reduce the number of traffic deaths isn’t too far down the road.

Connected vehicles—vehicles with on-board sensors and advanced software that communicates with drivers, other vehicles, road infrastructure, and the cloud—have the potential to not only dramatically improve traffic safety, but also reduce congestion on our roads.

This technology should become increasingly common in the coming years. According to research firm IHS Markit, 72.5 million connected cars will be sold globally in 2023 (24 million were sold in 2015), which would make up almost 70% of all passenger vehicle sales.

That’s great news. And once the federal government provides certainty there will be adequate radio spectrum for connected vehicles, the technology will have the chance to fully excel.

Tech and automobile companies, as well as some states, are already making major strides with V2X technology. My company, Panasonic, is deeply invested: Through partnerships with the Colorado, Utah, and Georgia transportation departments, we’re already operating an advanced transportation data network and cloud platform.

Connected vehicles work by collecting information from their surroundings and communicating it to each other, as well as intelligent transportation infrastructure that uses sensors installed alongside roads, on utility poles, on large gantries along highways, and on poles dedicated for traffic cameras or lights. This vehicle-to-everything, or “V2X,” communication, as it’s called, delivers practical information to drivers and workers coordinating road traffic.

Widespread V2X deployment will have a major impact on road safety. According to the NHTSA, connected cars could prevent up to 80% of multi-vehicle crashes involving unimpaired drivers.

Connected vehicles are able to send and receive immediate warnings or guidance based on road conditions. For instance, a connected vehicle could send data to roadside sensors when it rapidly changes speed, which would then communicate to traffic operators that an abnormal situation might be occurring. Operators could then dispatch emergency personnel if necessary, depending on data shared by other vehicles in the vicinity.

As connected cars spread across the driving fleet, machine-learning platforms can develop models from the data over time and begin predicting conditions and incidents. Such platforms, managed by traffic administration agencies, could suggest improvements to road infrastructure at points on the road that can be particularly hazardous, such as sudden sharp turns on rural freeways or slick pavement due to poor weather.

Connected vehicle technology can address traffic congestion too. In addition to costing the U.S. economy an estimated $87 billion in 2018, per INRIX data, congestion also reduces the productivity of workers idling in traffic, adds costs and length of time for transporting goods, and increases air pollution.

Sharing real-time traffic data can prevent jams before they impede traffic flow. The state of Utah has built one of the first operational connected-vehicle corridors in the U.S. in Salt Lake City and Provo. Its buses are equipped with radios that “talk” to traffic signals. If the bus is running behind schedule, the signal can extend the length of the green light without any action taken by the bus driver.

Auto manufacturers are also embracing this innovation. Ford, for example, announced earlier this year that all 2022 models in the U.S. will be equipped with an advanced V2X system. Cadillac is working to enable its cars with V2X capabilities by 2023. And most of Volkswagen’s 2020 European models will be equipped with V2X.

But in order to expand connected vehicles nationwide, the federal government needs to create certainty in the market. The Federal Communications Commission (FCC) recently proposed changes that would allow part of the radio spectrum allocated for transportation safety to be used for communications unrelated to transportation. The FCC’s proposed plan would allow harmful interference from adjacent Wi-Fi bands, similar to having a noisy neighbor move in next door. This interference would threaten to disable the benefits of deploying V2X’s lifesaving technology, and could impel some vehicle manufacturers that had previously committed to deploying V2X technology on the radio spectrum to pull back.

To provide certainty that connected cars can directly share data between vehicles to improve safety, the FCC should continue to work with the U.S. Transportation Department to ensure enough interference-free spectrum is available for transportation safety.

Improving regulations around V2X will help the technology mature faster. By combining smart government efforts like this with private innovation, connected vehicles will soon be making all of our lives safer and more convenient.

Michael Moskowitz is chairman and CEO of Panasonic Corporation of North America.

—Coronavirus shows why we need vaccines before, not after, an outbreak
—How Democrats’ impeachment campaign helped Trump
—Being a CEO is more tenuous than ever. How I survived 30 years at Aflac
—How Warren Buffett built Berkshire Hathaway
—Are the Houston Astros irredeemable cheaters? Or are they all of us?