Oil demand was set to rise in 2020, then the coronavirus outbreak hit 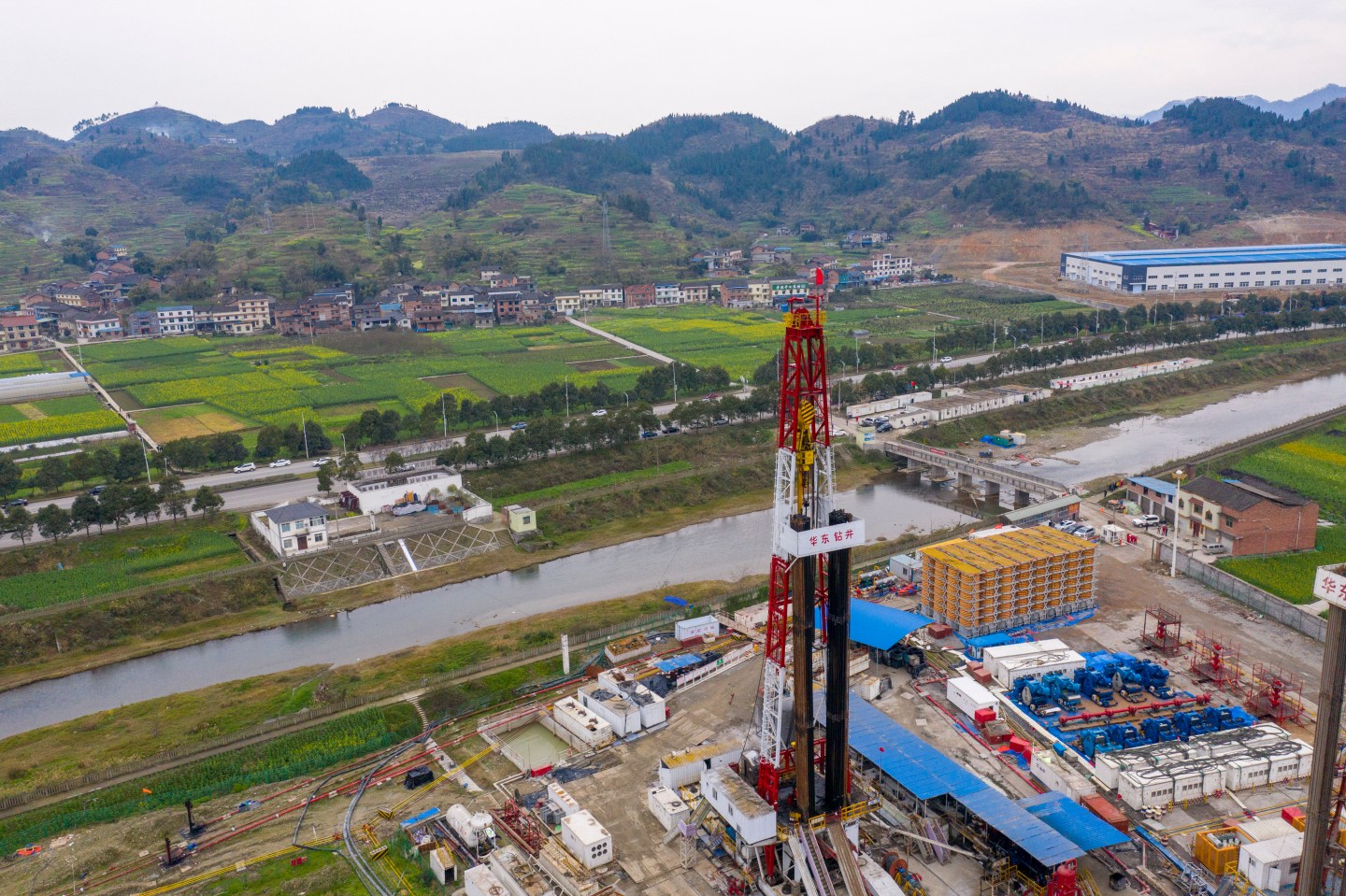 At an oil industry event this week, as a waiter circled a ballroom only half-full of analysts and executives, an attendee presented with a tray of finger-food dumplings greeted the offer with a yelp of dismay.

The waiter quickly located forks, but the mood had been set: At this year’s International Petroleum Week, the annual jamboree for the oil and gas industry held largely in the glittering hotels and private clubs of west London, the ballrooms are half-empty, half the parties are canceled, and trays of finger food are greeted with unease.

Coronavirus appears to be doing for the oil industry what the tumultuous past year—marked by a trade war, a series of strikes on Saudi oilfields, near war between Iran and the U.S., current outages in Libya, among other events—could not. It has sent traders and analysts into turmoil, struggling to anticipate just how much of a dent in global oil demand one virus can make.

At industry briefings and conferences this week, opening statements were greeted with a now-standard address to the many attendees who didn’t make it to London this year, owing to official bans on travel or more general caution about making the trip.

“Excuse the pun, but when China catches a virus, the whole world catches a cold,” said Chris Midgley, global head of analytics for S&P Global Platts, at a Monday morning event. “Literally, right now, that is where we’re sitting.”

Midgley forecast the current dent to demand in February at 3.5 million barrels per day—on the high end of industry forecasts—owing to reduced business in China as schools, businesses, and whole regions are locked down, and the impact on global aviation, which has been hit particularly hard by the sudden halt to travel between China and the rest of the world.

The near economic lockdown in China is also affecting oil products, he added, with refining run rates down by 2 million barrels per day. That already means tighter supplies of products like gasoline, diesel, and fuels for aviation, shipping, and petrochemicals.

That has marked a rapid turnaround from what the industry expected just months ago, said Paola Rodriguez-Masiu, senior oil market analyst for the Oslo-based energy consultancy Rystad.

“We actually even raised our demand numbers in December” for 2020, she said, sitting in an opulent ballroom later that day after a briefing for executives.

After months of jitters over the risk of the world tipping into a global recession—and taking oil demand with it—there were signs of a breakthrough. China and the U.S. agreed to the Phase 1 agreement on tariffs, a step toward ending the trade war, and economic figures from powerhouse economies including Germany and India looked slightly brighter.

“We were like, oh, look at this—2020 is going to be a great year [for demand], maybe,” she said. “Boom! January! Coronavirus!” Rystad predicts the impact of the virus will peak in February—if the virus doesn’t spread to other countries, as it now appears to be doing—taking out 2 million barrels per day of crude on average; with nearly three-quarters of that drop coming from the decline in demand from mainland China, and the rest mainly from the drop in aviation demand and the hit to neighboring Asian economies.

The current scale meant that Rodriguez-Masiu, like many others, viewed even the SARS outbreak of 2002–03 as barely comparable.

SARS wiped out China’s jet fuel demand for the year, but had a muted impact on global oil markets. It also occurred at a time when China made up a far smaller share of both the global economy and global crude demand: In 2003, China imported 1.8 million barrels per day of crude, according to the U.S. Energy Information Administration. In 2019, according to customs data analyzed by Reuters, China imported 10.12 million barrels per day—the 17th straight year of record imports.

“It’s quite unprecedented, because we could argue the world has never been as connected as it is now,” Rodriguez-Masiu said.

The spread of this coronavirus outbreak has had a growing impact on oil prices. On Wednesday morning, amid news that the virus continued to spread to new countries, Brent crude was down 1.64% on the day, alongside wider tumbles in global markets. Brent was down 5.73% from Jan. 30, when the virus was declared a global health emergency by the WHO.

The downbeat sentiment was obvious even days before IP Week began, when several oil majors, including Shell and Exxon Mobil, and nationals including the Azerbaijani state oil company Socar, said they had canceled their annual parties—typically opulent events—owing to coronavirus fears. Other events went ahead as scheduled.

The growing uneasiness over the scale of the demand impact also plays to a now long-running theme: how the shale oil boom, at nearly a decade old, has continued to produce a world so flooded with surplus oil that demand is often the only thing that matters. Even spectacular supply shocks in the Middle East are failing to have much of a price impact.

Fleetingly mentioned in keynote speeches and analysis figures was Libya, an OPEC member that has seen its crude oil output drop by 1 million barrels per day this year as exports have been disrupted by worsening civil war.

“In other times, imagine if the world lost 1 million [barrels] of supply per day,” said Rodriguez-Masiu. “It would have been a shock. But [now], it doesn’t matter, we have coronavirus. It’s balancing each other.”

That prompted memories of attacks in September on a Saudi Arabian oilfield and refinery—“which nobody seemed to care about that much,” quipped Midgley—the kind of event which would historically have been shocking, but in 2019 produced only a short-lived price spike.

That supply hit was largely overshadowed by worries over how the U.S.-China trade war would hit demand—and in early January, the risk of potential outright war between the U.S. and Iran was also essentially a blip.

But if the short-term theme of the week was the coronavirus, the long-term theme was climate change and the oil industry’s role in the energy transition, which dominated the agenda at several events, in marked contrast to previous years.

Particularly for aviation emissions, which industry bodies are under rising pressure to reduce by 2050, the virus may have an unintentionally large impact, Midgley noted wryly.

“Coronavirus is a champion of the energy transition, in this context,” he said.

—In China, oil won’t be the only sector battered by the coronavirus
—Energy emissions plateaued in 2019
—Greta Thunberg and her allies are targeting CEOs now
—Europe eyes a ‘sustainability’ tax on meat
—WATCH: iPod/iPhone designer on kicking plastic addiction