Fact checking claims from the Democratic debate in Las Vegas 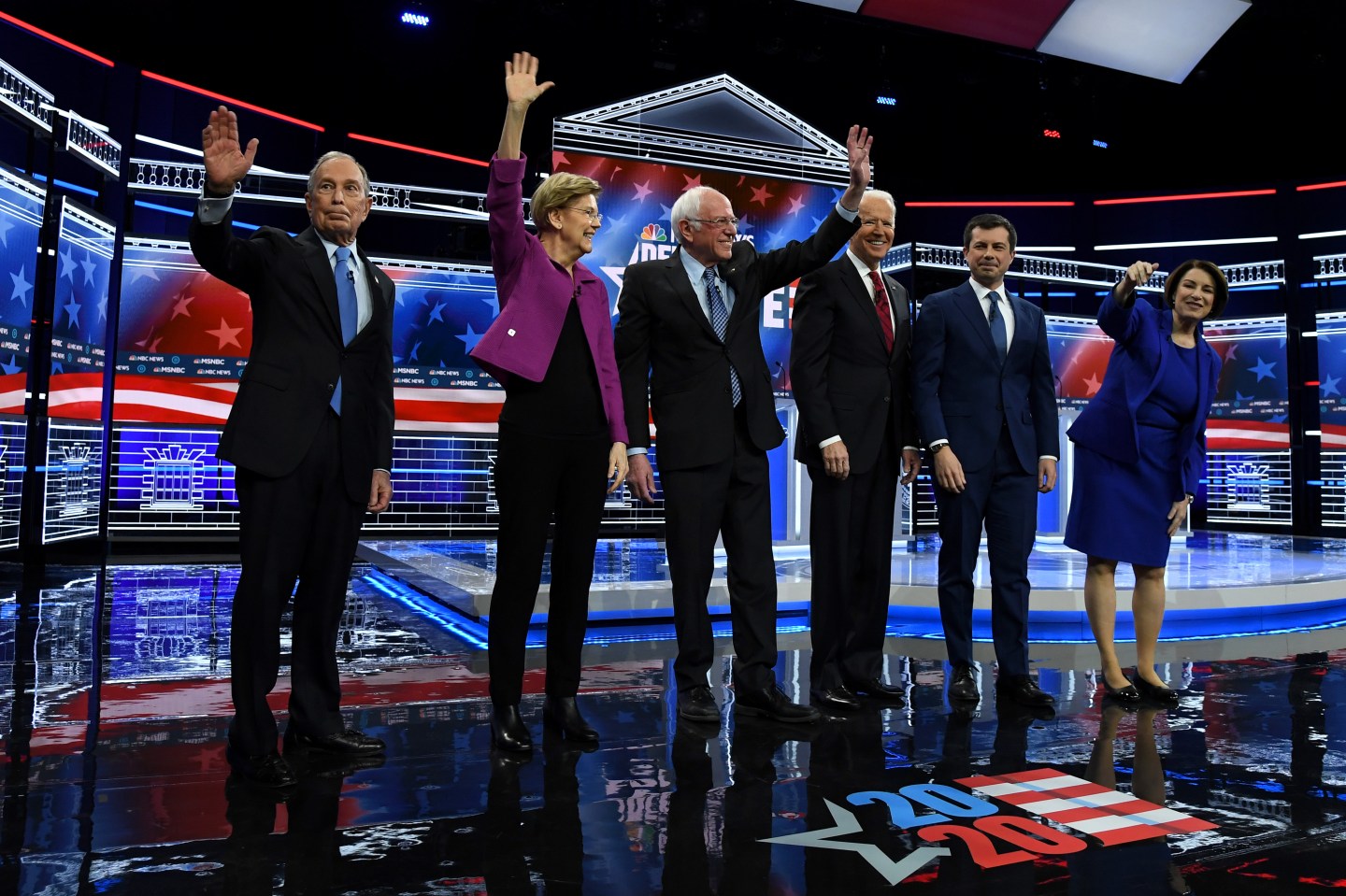 The latest Democratic presidential debate was a raucous one, ripe for exaggerations and distortions as Mike Bloomberg made his debut on the debate stage and rivals went after him and each other. President Donald Trump weighed in on the feisty performance at a rally where he mischaracterized what some Democrats want to do with health care.

A look at how some of their claims Wednesday night stack up with the facts:

MIKE BLOOMBERG, on the stop-and-frisk policing policy when he was New York mayor: “What happened, however, was it got out of control and when we discovered — I discovered — that we were doing many, many, too many stop and frisks, we cut 95% of them out.”

THE FACTS: That’s a distortion of how stop and frisk declined. That happened because of a court order, not because Bloomberg learned that it was being overused.

The former mayor defended the practice even after leaving office at the end of 2013 and only apologized for it a few weeks before declaring his candidacy for presidency.

TRUMP, on Bernie Sanders’ “Medicare for all” plan: “Think of this: 180 million Americans are going to lose health care coverage under this plan. But if you don’t mind, I’m not going to criticize it tonight. Let them keep going and I’ll start talking about it about two weeks out from the election.” — Arizona rally.

THE FACTS: That’s a thorough misrepresentation of the Sanders plan as well as similar plans by Democrats in Congress. People wouldn’t “lose” coverage. Under Sanders, they would be covered by a new and universal government plan that replaces private and job-based insurance. Democrats who stop short of proposing to replace private and job-based insurance would offer an option for people to take a Medicare-like plan, also toward the goal of ensuring universal coverage.

BLOOMBERG, citing his philanthropy’s work with the Sierra Club: “Already we’ve closed 304 out of the 530 coal fire plants in the United States, and we’ve closed 80 out of the 200 or 300 that are in Europe.”

THE FACTS: He’s wrongly taking credit for driving the U.S. coal industry to its knees.

The U.S. coal industry’s plunge is largely due to market forces, above all drops in prices of natural gas and renewable energy that have made costlier coal-fired power plants much less competitive for electric utilities. Bloomberg has indeed contributed huge sums to efforts to close coal plants and fight climate change, but against the backdrop of an industry besieged on other fronts.

U.S. coal production peaked in 2008, but since then has fallen steadily. That’s due largely to a boom in oil and gas production from U.S. shale, begun under the Obama administration, that made natural gas far more abundant and cheaper, and falling prices for wind and solar energy, partly because of improving technology in the renewable sector.

The U.S. Energy Information Administration reaffirmed in a report in December the extent to which the market has turned away from coal.

ELIZABETH WARREN: Buttigieg’s health care plan is “a thin version of a plan.”

PETE BUTTIGIEG: His own proposal “is the plan that solves the problem.”

THE FACTS: Warren, a Massachusetts senator, is quick to dismiss a plan that would cover virtually all U.S. citizens and legal residents.

An analysis of health care overhaul plans by the Urban Institute and the Commonwealth Fund found that an approach like the one advocated by Buttigieg, a former South Bend, Indiana, mayor, would reduce the number of uninsured people from 32 million to below 7 million, mainly people without legal permission to be in the country.

The proposal from Buttigieg features a new government-sponsored “public option” plan that even people with employer-sponsored coverage could join voluntarily.

—What happens to leftover campaign funds when a candidate drops out of the race?
—Putting politics aside to close the skills gap
—America’s heading for a tax on the middle class
—The case for a national primary
—Can Amazon convince a federal court to depose Trump over a $10 billion Pentagon contract?