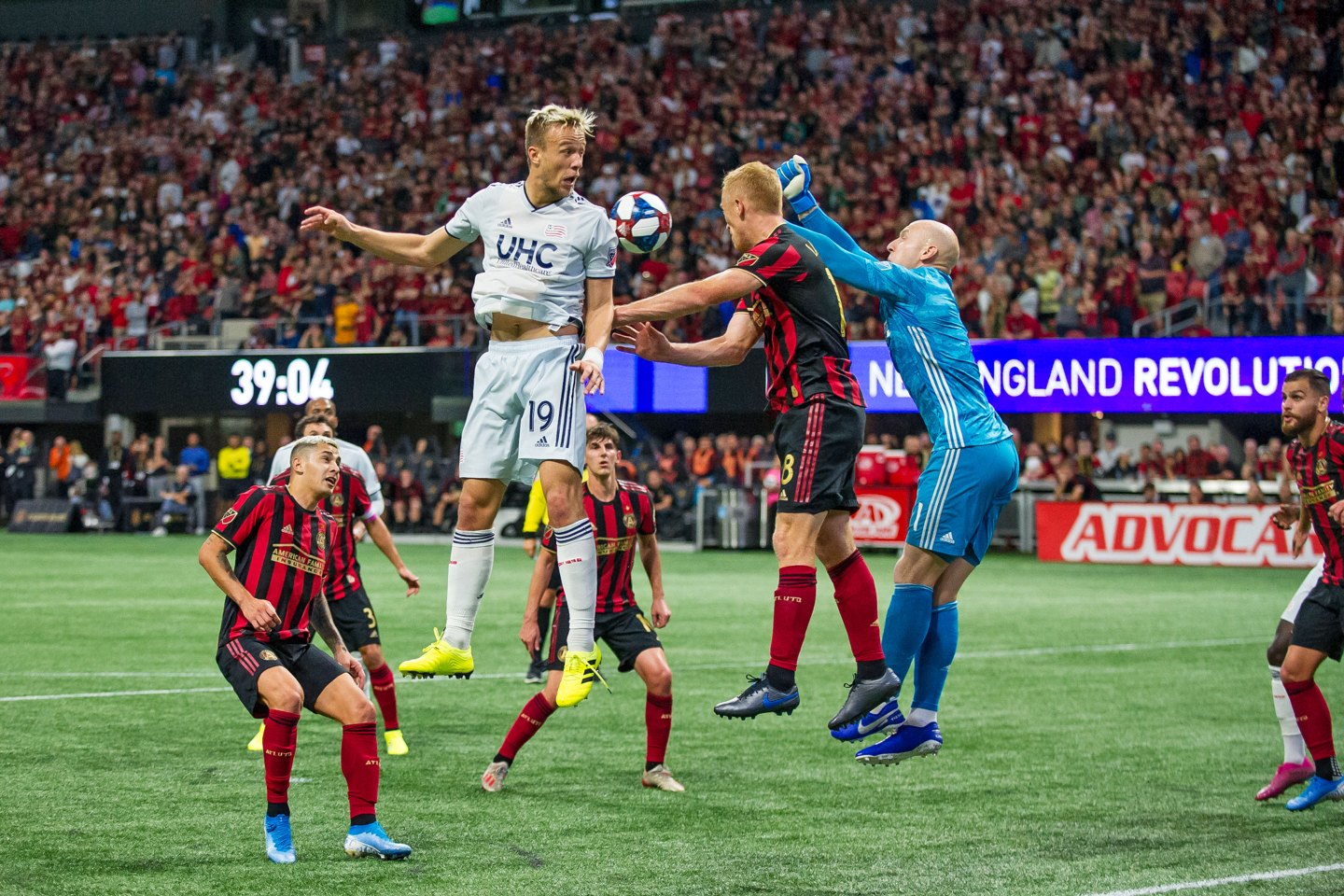 Fifteen years ago, Major League Soccer was a struggling 12-team enterprise clawing its way back from a serious bankruptcy scare. Most teams were renting cavernous football stadiums where they played in front of sparse crowds. The league was distinctly scrappy, and buy-in prices for new owners were comically low: Before that season, an ownership group in Utah paid the pocket-change sum of $7.5 million for the right to start an expansion team.

This spring, in its 25th season, the MLS will field 26 clubs, among them a new Miami team whose owners include former superstar midfielder David Beckham. Many will play in state-of-the-art, soccer-specific stadiums—though others now sell out those huge NFL arenas. And when hedge fund billionaire David Tepper finalized a deal in December to launch a franchise in Charlotte in 2021, he reportedly agreed to a $325 million entry fee.

These are heady times for the MLS, as the world’s game has finally embedded itself in the consciousness of American millennials. A recent Gallup poll ranked soccer as the second most popular sport to watch in the U.S. among those ages 18 to 34, behind only (American) football. While much of that interest revolves around globally popular clubs like those in England’s Premier League, the MLS is tapping it, too, as TV ratings and per-game attendance climb.

In response, a wave of investors from the worlds of business and finance are pouring unprecedented sums into the league, at skyscraping valuations. In September, Joe Mansueto, founder and chairman of investment research firm Morningstar, bought the 51% of the Chicago Fire that he didn’t already own, in a deal valuing the team at about $400 million. In November, Quibi CEO (and former Hewlett Packard Enterprise and eBay CEO) Meg Whitman acquired a minority stake in FC Cincinnati; that purchase reportedly valued the club at $500 million.

Seattle Sounders FC midfielder Cristian Roldan (7) holds off Toronto FC defender Justin Morrow (2) during the second half of the MLS Cup at CenturyLink Field in Seattle in front of 69,274 people. The game set the Seattle Sounders franchise record for attendance.
Jennifer Buchanan—USA TODAY Sports/courtesy of MLS

Meanwhile, entry fees have climbed exponentially. Tepper’s Charlotte deal came not long after a group led by another private equity investor, Ron Burkle, agreed to pay a reported $200 million to start a club in Sacramento. Soaring prices are “as good a reflection as you can get of the sport of soccer at the top-tier professional level, and the desire to be a part of that,” says Bill McGuire, the former CEO of UnitedHealth Group who has owned Minnesota United FC since 2012.

Still, the price tags have raised eyebrows, given the MLS’s relatively meager economics—especially compared with the Big Four U.S. leagues (the MLB, the NHL, the NBA, and the NFL). The 31-team NHL, the smallest of the Big Four in revenue, is expected to bring in about $5 billion this season. By contrast, the 23 teams that played in the 2018 MLS season generated about $800 million, according to a Forbes study. The MLS’s marketing arm—which also owns sponsorship and TV rights for the U.S. men’s and women’s national teams and the Mexican men’s national team in the U.S.—adds an estimated $350 million in annual revenue.

The MLS does not publicize its financials, but it acknowledges that the majority of its clubs do not turn a profit. What’s more, the league’s single-entity ownership structure, which requires revenue sharing among franchises, limits individual teams’ upside. Given those constraints, attaining profitability can be a long-shot bet for new teams. “It’s hard to pencil out some of these numbers” that investors are now paying, says Steven A. Bank, a professor of business law at UCLA School of Law.

The factor that could change the game is a more lucrative broadcast contract. Right now the MLS isn’t even the most-watched soccer league in the U.S.—that honor goes to Mexico’s Liga MX, with its avid Latinx fan base. And the current MLS broadcast deal, with ESPN, Fox Sports, and Univision, pays only $90 million annually. (The NHL’s is reportedly worth $200 million annually.) But that contract is due to expire after the 2022 season.

Patrick Rishe, director of the sports business program at Washington University’s Olin Business School, notes that the league is almost ensured a much larger contract by virtue of having added so many franchises in recent years. What’s more, a rapidly changing media landscape, where streaming has cut into traditional TV ratings, could play into the MLS’s hands, given that the league is most popular among a younger, cord-cutting demographic.

Cincinnati investor Whitman—whose current company specializes in streaming content—tells Fortune she sees streaming as “a tremendous opportunity,” adding, “Most of the league’s avid fans have grown up immersed in the mobile experience.” (Sports and streaming have already spawned some big deals: Amazon is reportedly paying the NFL $65 million annually to air just one game a week on its Prime Video service.)

It’s too early to tell whether a broadcast windfall will arrive. But one theme sounded by the new generation of owners is that a stake in the MLS’s potential is cheap when compared with other sports. Carolyn Kindle Betz—the Enterprise Rent-A-Car heir who leads an ownership group bringing a team to St. Louis in 2022—points to the $650 million that the NHL commanded for an expansion team in Seattle, twice what Tepper paid in Charlotte.

As for financial performance, Chicago owner Mansueto uses a telling metaphor. “An MLS team is not a value stock; it’s a growth stock,” he says. “The values are predicated on significant future growth rather than current profitability measures—or a lack thereof.” The question is whether that stock more closely resembles Amazon or Pets.com.

A version of this article appears in the March 2020 issue of Fortune with the headline “American Soccer’s Next Goal: Profits.”