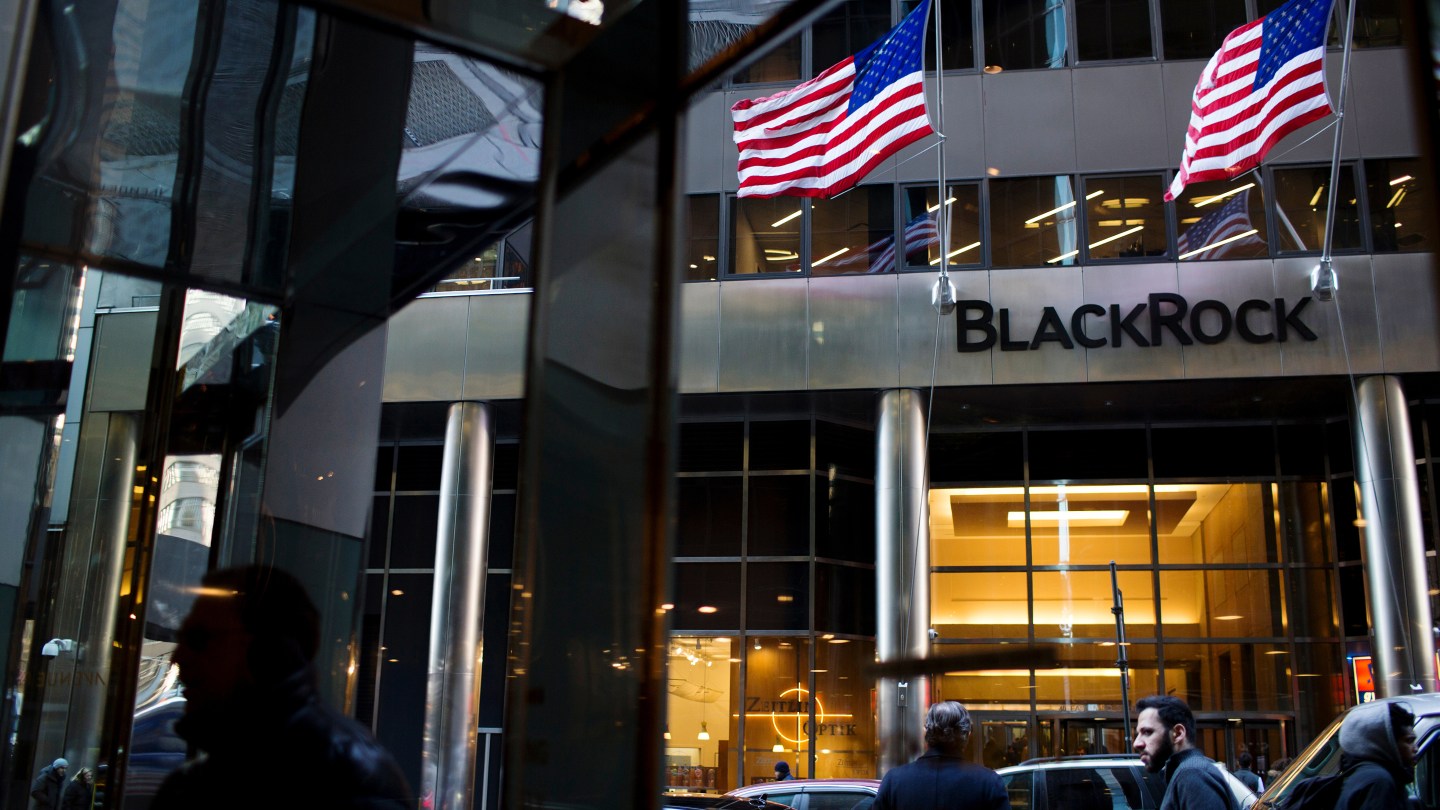 Amid the shockwaves of the Financial Crisis, asset management giant BlackRock saw an opportunity. It spent $34 million to become a co-founder of a new mortgage financing company. That investment became a winning bet. Even after having culled much of that stake, BlackRock’s holdings in PennyMac Financial Services are now worth some $589 million.

Today BlackRock, the investment titan with $7.4 trillion under management, announced plans to donate those shares to a philanthropic effort aimed at boosting socio-economic mobility, especially among underserved populations across the world. BlackRock said it would earmark the remaining 20% stake in PennyMac for social-impact efforts.

The new foundation will invest and deploy grants across asset classes that promote better savings habits and greater access to savings funds.

In the U.S., the statistics around the lack of savings and uncertain access to retirement funds have become a source of alarm. A May 2019 Federal Reserve Board survey found that 39% of Americans would be unable to pay for an unexpected $400 expense. A separate survey by the Government Accountability Office found that in 2016, 48% of Americans over 55 had no retirement savings.

“The donations we’re making toda—in line with our purpose as a firm—will support our commitment to creating greater financial well-being and advancing sustainability,” BlackRock CEO Larry Fink said in a statement.

For a hint of how Winshel might deploy the new funds, it’s instructive to look at the Social Impact team’s current partnerships. Late last year, the team banded together with the likes of UPS, Etsy, Mastercard and Arizona State University, in a bid to create tools that encourage saving. Examples included prize-linked savings and automatic savings transfers, deployed to the partners’ employees and students. BlackRock committed $50 million to the project.

Other projects that have won BlackRock’s partnership include CodeDoor, a tech bootcamp in Frankfurt, and RefuAid, a U.K.-based nonprofit offering loans to migrants.

The PennyMac investment, which yielded a 17-fold return for BlackRock, could grow even more under Winshel’s stewardship. Her team will use funds from the new BlackRock Foundation to invest in assets that will yield a return on capital, in addition to making grants.

That’s an increasingly popular model in philanthropy. The Bill and Melinda Gates Foundation, for example, is a name often spotted on venture capital spread sheets or in the ownership structures of startups battling cancer and other health crises.

“One of our goals is to help all organizations become sustainable,” Winshel says. “With grants, you give the money and it’s spent—it’s not necessarily the most sustainable support. Now the millions can be a sustainable portfolio that generates returns that we can use on the rest of portfolio.”

The foundation’s initiatives echo many of the issues pinpointed by BlackRock CEO Larry Fink in recent annual letters to other chief executives. “Society is demanding that companies, both public and private, serve a social purpose,” he wrote in 2018, pointing to issues ranging from worker retraining to retirement.

In his most recent edition of his influential letter, published last month, Fink made it clear that sustainability will be a key component of BlackRock’s portfolios going forward. The firm plans to require sustainability reporting from companies and to seek divestments from some coal companies in its actively managed portfolios.

Many savers who have little or no savings are “focused on stability today so they can focus on stability down the road,” she says. “Our goal is to say, ‘How can BlackRock use its resources, its platform, its influence, its convening power to bring people resources to build a more stable today?'”

The contribution to the new foundations will be offset in part by tax benefits to BlackRock of roughly $241 million, according to the press release.

Editor’s Note: An earlier version of this article included a quote in which Deborah Winshel implied that BlackRock planned to increase its philanthropic investments in Asia. The company subsequently said that Winshel misspoke; Fortune has removed the quote.