Here’s why the Iowa results aren’t in yet 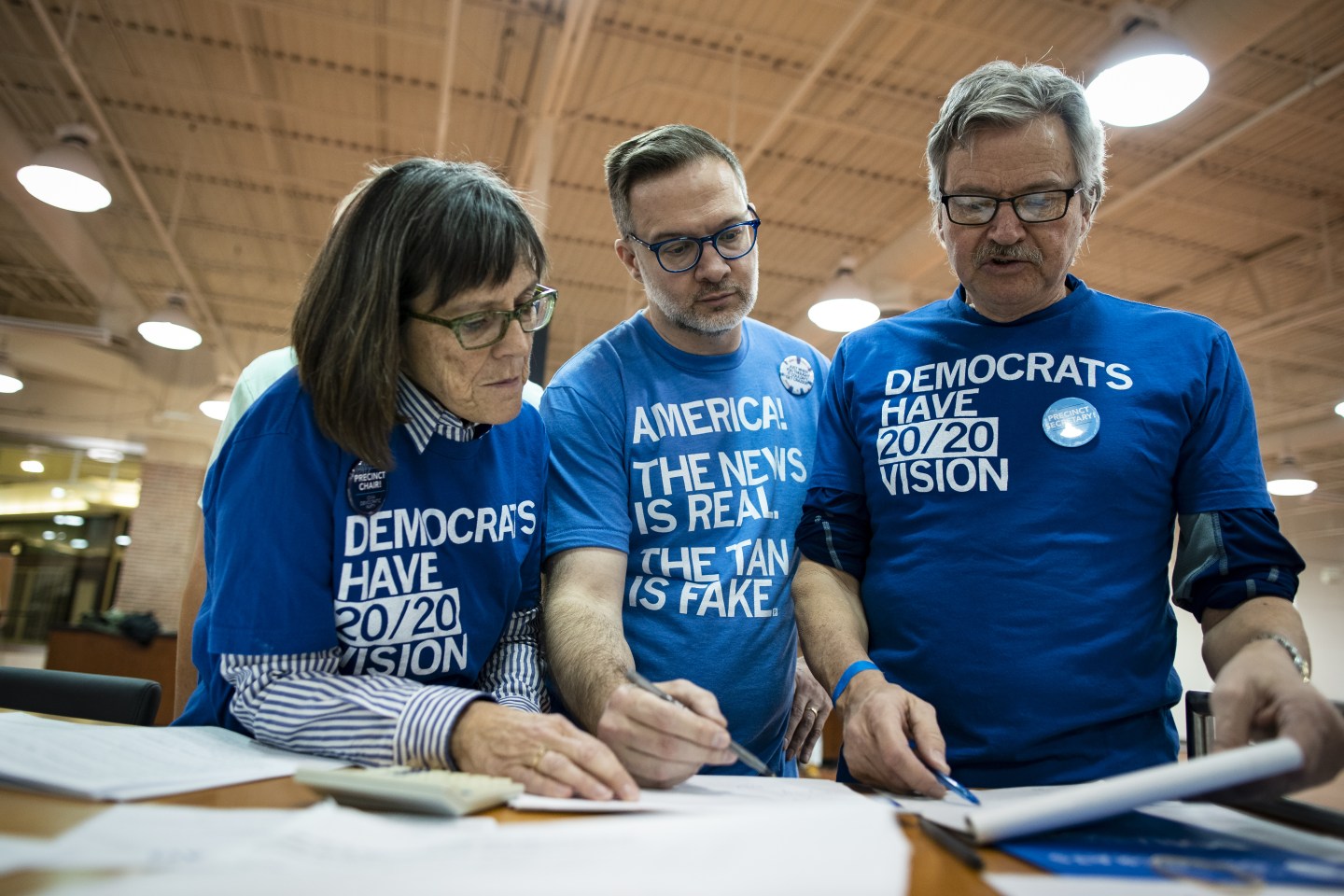 Monday evening’s Democratic caucus results were delayed due to what the Iowa Democratic Party called “quality checks” due to a reporting issue.

“We found inconsistencies in the reporting of three sets of results in addition to the tech systems being used to tabulate results,” party spokesperson Mandy McClure said in a statement. “We are also using photos of results and a paper trail to validate that all results match and ensure that we have confidence and accuracy in the numbers we report. This is simply a reporting issue, the app did not go down and this is not a hack or an intrusion.”

Des Moines County Democratic Chair Tom Courtney, meanwhile, blamed the delay on the new app that precinct chairs were given to tally and report the results, calling it “a mess.”

Courtney told reporters that issues in his county were so significant that he was going to bed and would address the results in the morning.

Linn County Auditor Joel Miller, who was in charge of a Cedar Rapids precinct, told the Associated Press that some app users were unable to get instructions on how to log in to the system.

The application, which was unveiled shortly before the caucuses, was believed by experts to be developed in connection with the Democratic National Committee, the Department of Homeland Security, and Harvard’s Defending Digital Democracy (D3P) project. But the actual creator of the app—and security precautions that went into its development—were not revealed by the Democratic National Committee.

(After publication—and the chaos of the Iowa caucus—sources clarified their previous statements. Harvard’s D3P project and the DHS were brought in to consult on general election security, but they did not specifically test or contribute to the development of the app used.)

Election security experts repeatedly expressed their worry about the app ahead of the caucus.

Gregory Miller, co-founder and COO of the OSET Institute, a nonpartisan, nonprofit group focused on open-source election technology, told Fortune last week that the app was “downright alarming and candidly suggested that some part or all of the Democratic Party operations are tone deaf to the current well-documented Internet voting risks.”

Miller said that the app had not been properly stress tested, and the New York Times reported Monday evening that some district chairs had been unable to open it on their phones. Miller, meanwhile, worried about the impact potential problems could have on future campaigns.

“Trust is the fulcrum of the stability of our democracy, and it is the product of two things: transparency and communication,” said Miller. “In the absence of those elements, it’s hard to establish trust.”

Candidates came out and spoke to their supporters and delivered speeches late Monday night without any reported results.

Many candidates, including Senators Bernie Sanders (I-Vt.), Amy Klobuchar (D-Minn.), and Elizabeth Warren (D-Mass.) will likely be leaving Iowa tonight or early tomorrow for the President’s State of the Union speech Tuesday and the Senate vote on impeachment on Wednesday.

—2020 candidates’ positions, and records, on economic issues that affect women
—Bernie Sanders wants the future of the far left to be female. Is that enough?
—Michael Bloomberg’s radical plan to cut prescription drug costs
—Just how regulated are our nation’s elections?
—Millions have been purged from voter rolls—and may not even realize it